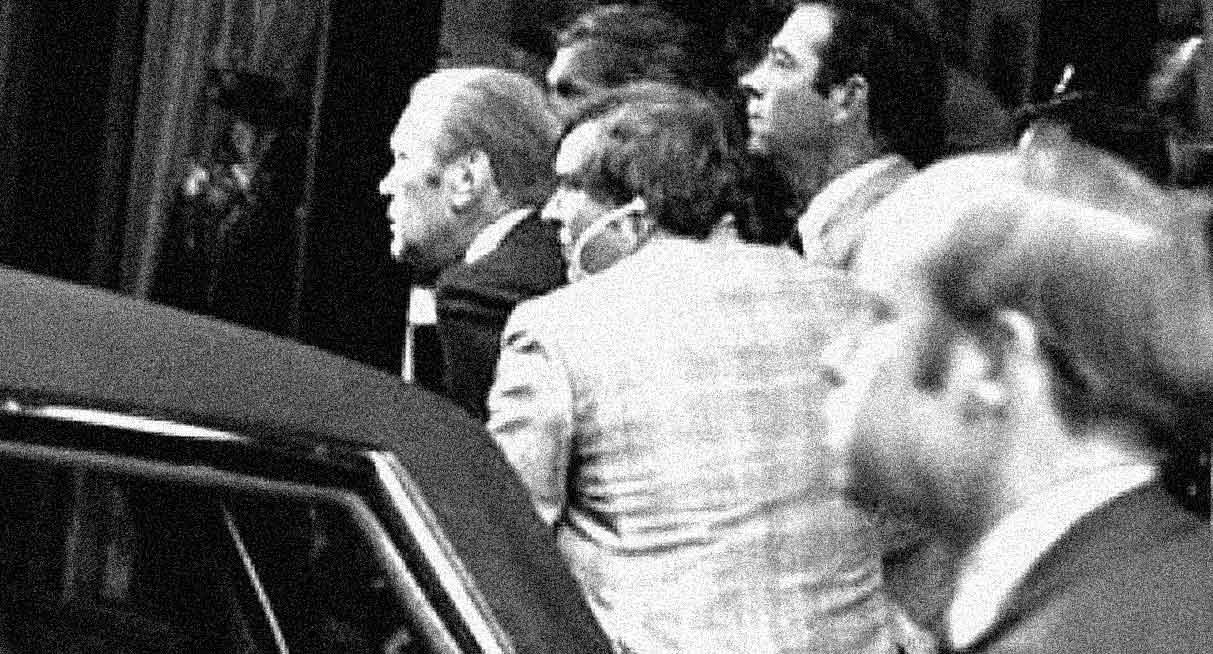 September 22, 1975 – The second time in as many weeks; an attempt to assassinate President Ford. Ironically, also in California. The first attempt took place on the 5th of September, as Ford was on his way to address the California State Legislature in Sacramento. This second attempt, two weeks later, took place outside the St. Francis Hotel in San Francisco. The first attempt came by way of Lynette “Squeaky” Fromme. This second attempt came by way of Sarah Jane Moore – two women with murder on their minds in a very big way.

During the first attempt, the gun didn’t go off. But in the second attempt, the gun fired but missed, and a second shot ricocheted and hit a bystander when the gun was being wrestled away. The Secret Service had their work cut out for them, and California was looking like one dangerous place to be President.

But where the first attempt took over news coverage for the better part of a day, this second attempt got the usual round of network bulletins and updates for the first two hours and then settled back to business as usual by the evening.

Perhaps we had already gotten used to assassination attempts and almost came to expect them when a President met a crowd. The reasons for the attempts weren’t clear. Fromme, a follower of Charles Manson was trying to make a statement about environmental pollution, Moore had become fascinated by the saga of Patty Hearst and the Symbionese Liberation Army and had became radicalized in 1975.

But both Fromme and Moore now had the distinction of being the first (and so far the only) two women to attempt to assassinate a President.

And that was the big news of the day, this September 22, 1975 – as reported by The World Tonight and local reports via KCBS in San Francisco and KNX in Los Angeles.