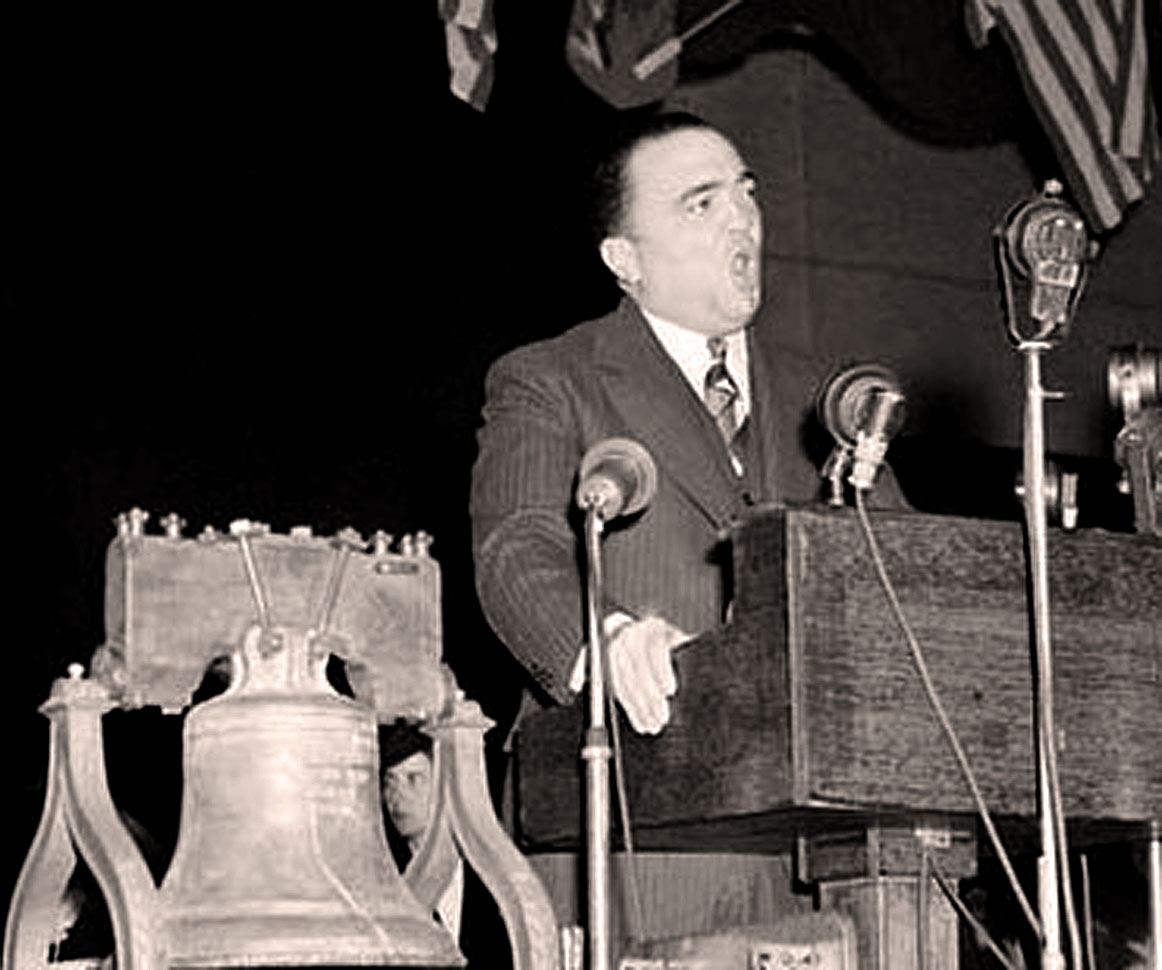 September 23, 1940 – FBI Director J.Edgar Hoover addressed a meeting of The American Legion in Boston on this day. An avid anti-Communist, Hoover warned of the sneaking influence of Communist and Fascist elements threatening to flood the country. In 1940 there was the somewhat unholy alliance between Hitler and Stalin, and this not only created mass disillusionment on the parts of American Communists, it also created an aura of alarm, since there had already been investigations via the Dies Committee over Communist influence in the government. Now that Germany and Russia were friends, the threat seemed palpable. And J.Edgar Hoover. no shrinking violet when it came to harangues over Communist influence, was now on the stump promoting a new Americanism and the impending threats of both Communism and Fascism on our shores.

Not necessarily promoting a policy of isolation, Hoover stressed that America was becoming the “Last vestige of hope”, with the rapidly changing picture of Europe and the countries coming under Nazi German rule, it was looking like America was going to be alone soon. During September of 1940, Germany made threats of invasion of Britain, while executing a massive aerial bombardment of London and other industrial cities. We were sending material over to Britain via the Lend-Lease program, and each day it looked like our inevitable involvement in the shooting part of the war was just a matter of time.

And so the warnings, the calls for vigilance and the renewal of Patriotism were heavily promoted by Hoover and many others. This also came in contrast to the building isolation, called for by groups like America First, and the appeals by well-known figures such as Charles Lindbergh to reject our increased involvement and to not get involved in another European war.

So this was a day of many messages, and the address by J.Edgar Hoover was broadcast throughout the country – all on September 23, 1940. Here is that complete address.