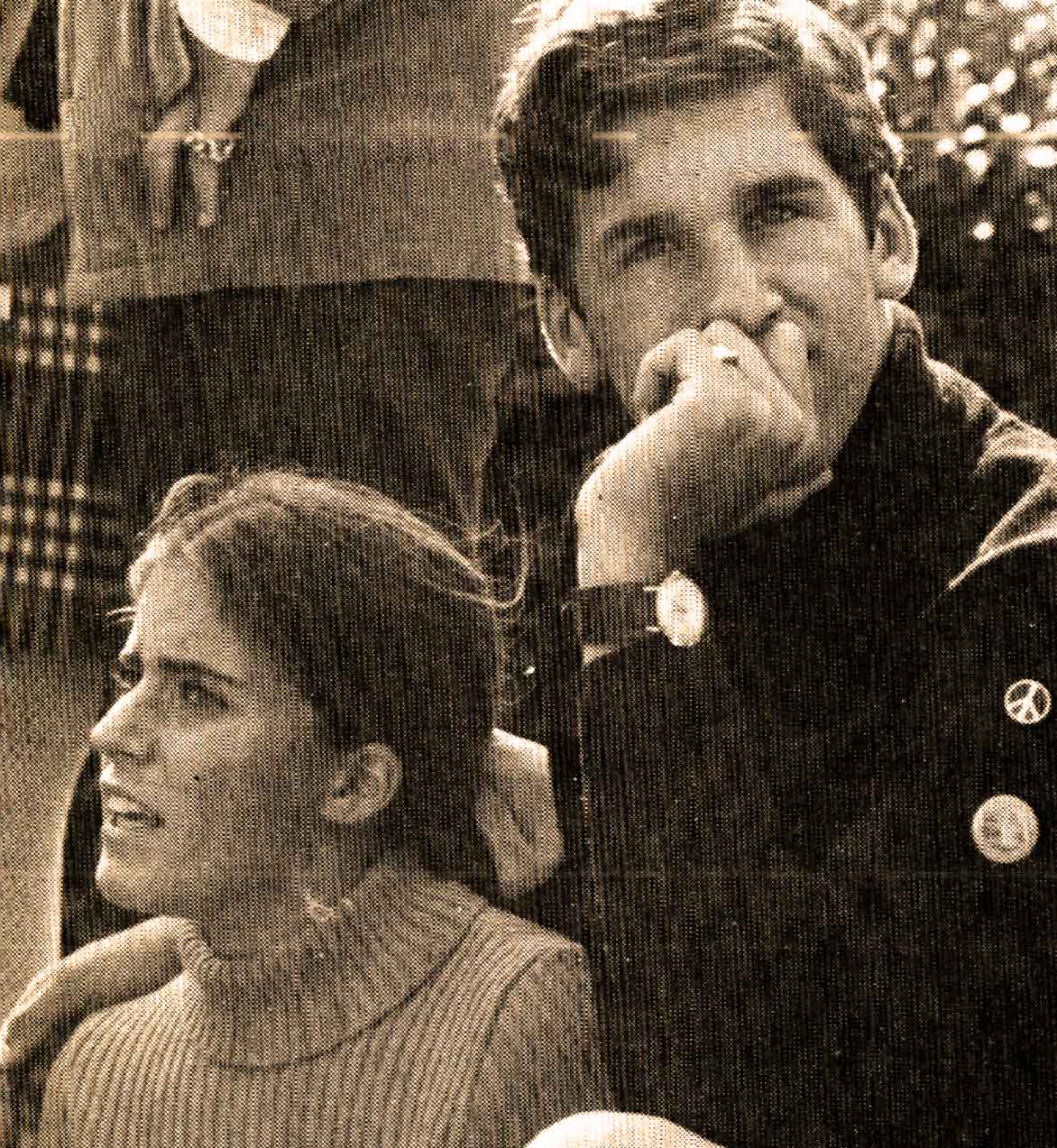 . . . the Summer Of Love ain't really all that lovely, and the world gets braver by the second.

It’s July 27th 1967 – You’re A Teenager, You Live In L.A. – President Johnson is On KFWB, You Have A Short Attention Span – Past Daily Pop Chronicles

. . . the Summer Of Love ain’t really all that lovely, and the world gets braver by the second.

It’s July 27, 1967. You’re sitting at home and you’re dial-hopping. You have a short attention span. Could be you’re bored out of your skull or it could be all those pills your buddy gave you earlier in the day. Your buddy, whose dad works at a Pharmacy, brings home samples – your buddy doesn’t know what they do, but there are lots of them. So he hands you a bunch and you gulp them down without asking.

It’s 7:30 and you have a buzz going. And you’re looking for the perfect song to go along with your high-energy head. President Johnson is giving an address about the riots in Detroit. Not what you want to hear tonight; more bad news. So you skip around the dial, staying with Humble Harve on KHJ for a bit, and then jumping over to KRLA and listening to Johnny Hayes play a brand new Animals song about San Francisco that only KRLA has. Funny, the song is about the Haight and there’s a speech about riots going on at the same time on KFWB. And there’s religious stations and phone-in shows and elevator music and Rock n’ Roll you really don’t like, mixed in with Rock n’ Roll you really do like. And it’s all happening over a half-hour period, this July 27, 1967.

And in a nutshell – that’s what your life was like, if you were caught up in this particular year and this particular time. Not everybody was chomping away on Speed. Some of you were going to movies or concerts or night clubs or street races or the beach or dates or talking on the phone. Busy night – but you’re young and you have a lot of energy and life is crammed into a few hours before the next day starts. Maybe you’re one of the thousands of people who are, at this moment, on PCH, trying to make it up to the fabled city to see what it’s all about – you heard stories and you have friends and you don’t want to miss out on anything. But there’s also your parents to contend with – and life would be a whole lot better if they just understood. They don’t. And they won’t. And they remind you that you’ll have kids someday too, and then it’ll be your turn to be nervous.

And you think that’s a few lifetimes away.

But right now, you’re wondering when those pills are going to wear off.