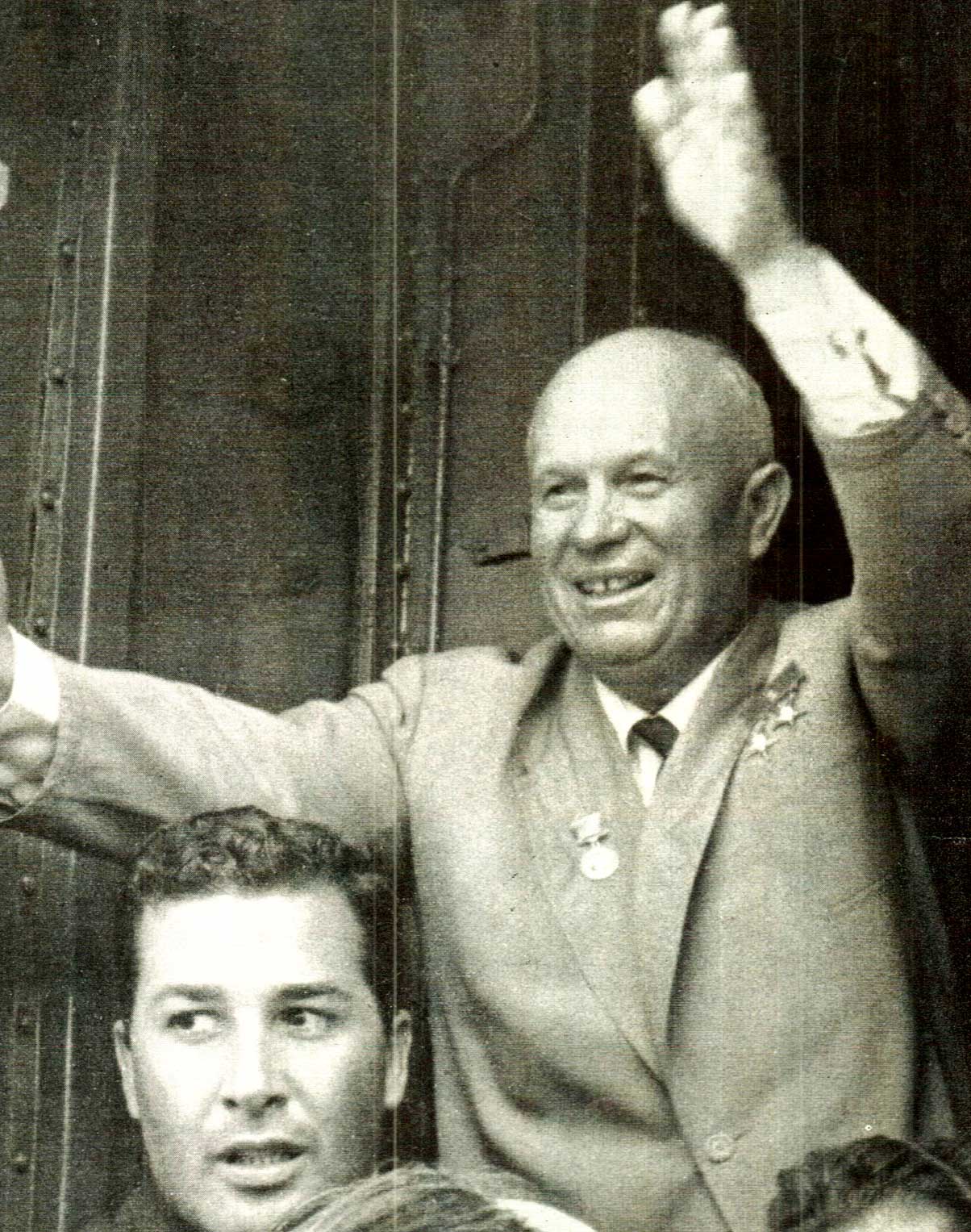 Nikita Khruschev - visiting the U.S. in 1959 - signs were hopeful, at least for a little while.

Nikita Khrushchev – visiting the U.S. in 1959 – signs were hopeful, at least for a little while.

After a whirlwind tour of the U.S., which included a refusal by Walt Disney to let Khrushchev visit Disneyland, the Soviet Premier gave his final press conference at the National Press Club in Washington D.C. before heading back to Moscow.

It was a significant trip. In the middle of the Cold War, extending olive branches and words of peace seemed strange, but in light of the circumstances and the stalemate by which relations between the U.S. and the USSR were going, something had to give. After the famous Kitchen Debate in Vienna between Khrushchev and vice-President Nixon, Khrushchev was invited to come to the U.S. to visit, to see for himself. The result was a 13-day visit, beginning on September 15, with a tour that began in Washington D.C. it was the first visit to the U.S. of a Soviet Premier and the media circus was palpable. With stops in New York, San Francisco, Coon Rapids Iowa, Pittsburgh, along with the infamous stay in Los Angeles, complete with visit to the 20th Century Fox film lot and the Disneyland episode, which made for an interesting and bristly press conference during that particular day. But highlights of the trip were a visit with Eleanor Roosevelt and a tour of Hyde Park, a tour of an IBM facility, which left Khrushchev unenthused about the future of computers. But his visit to IBM’s self-serve Cafeteria was an idea he brought back to Moscow with him.

Still, it was a step towards a thaw in the Cold War. And President Eisenhower was likewise invited to spend time in Russia and tour the country, as Khrushchev had done in the U.S. – a tentative date was set for Spring in 1960. And in the meantime, an informal agreement was set not to put a deadline on the issue of Berlin, not until the Summit the following year.

Here is the final American Press Conference of Nikita Khrushchev, as it happened on September 27, 1959.