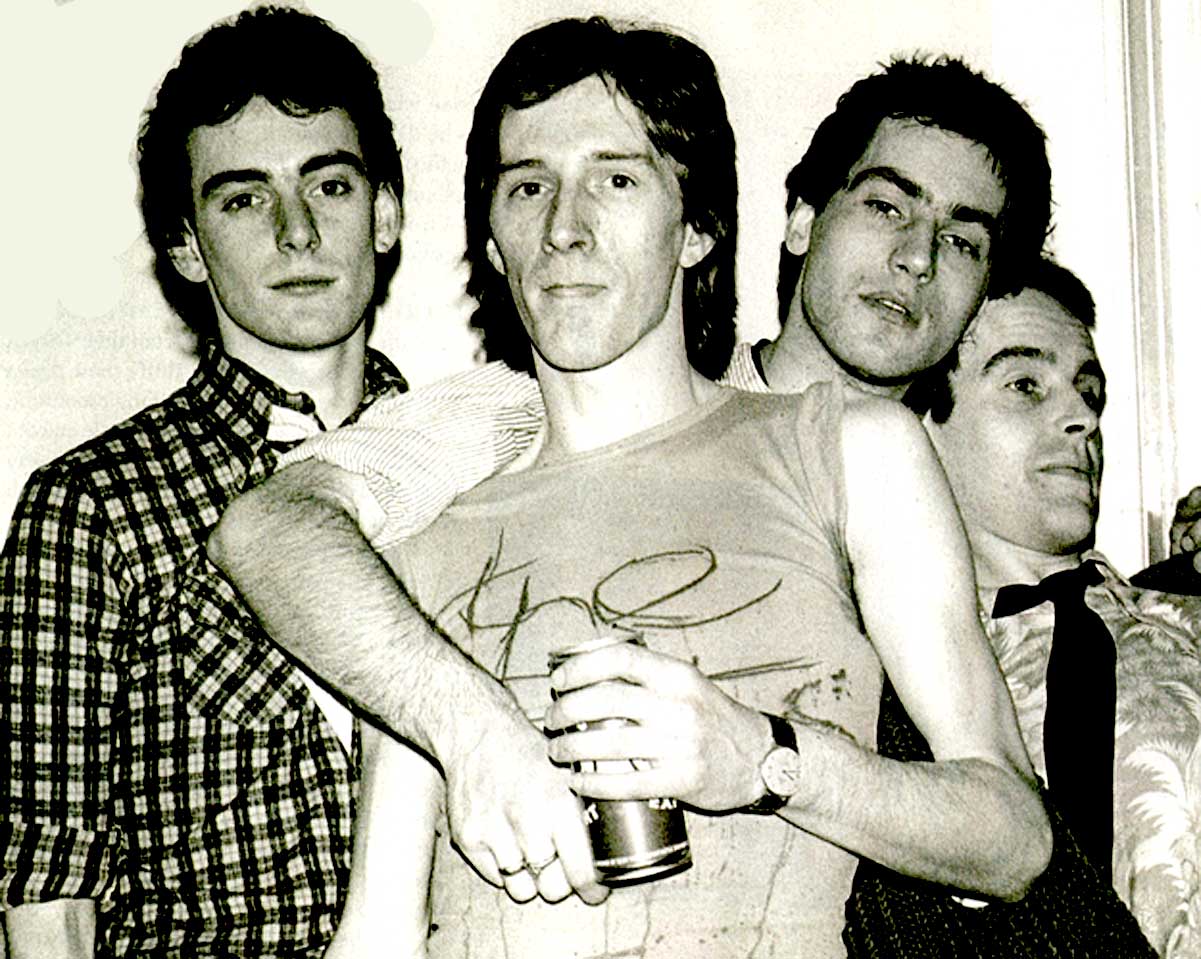 The Ruts – In Session 1979 – Past Daily Soundbooth

The Ruts tonight. One of the highly regarded early Punk/Reggae hybrids that took hold in the late 70s. The Ruts had formed in 1977 with vocalist Malcolm Owen, guitarist Paul Fox, bass player Seggs Jennings and drummer Dave Ruffy.

They made their live debut in September of 1977 at The Target in Northolt, Middlesex. Shortly after that they began recording and their first single, In A Rut was released on the independent label People Unite in January of 1979. The single attracted a lot of attention, including that of John Peel, who expressed his admiration for the band and invited them to record a session.

The results are what we’re playing tonight – that first session The Ruts recorded for John Peel on January 29, 1979. And it would be the first of three sessions the band would do for him during the first incarnation of the band. Shortly after their first session, they were signed to Virgin Records and issued their debut single for the label, Babylon’s Burning. It became a top-10 hit and positioned the band to gain wider recognition when they appeared on Top Of The Pops. A follow-up single, Something That I Said, also grabbed them a follow-up appearance on Top Of The Pops. Their debut album, The Crack, came out in September of that year and quickly climbed the British album charts, topping out at Number 16.

It was around this time that things started going a little askew. Singer Malcolm Owen, who had recorded a stinging rant against Heroin for the b-side of their very first single, found himself in an “art imitates life” situation, battling his own Heroin addiction. It was a combination of his Heroin use and his rundown condition that forced cancellation of many crucial gigs in 1980.

Because of that, Owen was ejected from the band, returning only on the contingent that he got and stayed clean. Owen did and was reinstated. But, it didn’t last long, and Malcolm Owen was found dead of an overdose in the bathroom of his parents house on July 14, 1980.

Tonight it’s that first session – the one which propelled The Ruts to doing bigger things and going bigger places. However, they would disband in 1983 and reunite in 2007.

Here’s a reminder of what got people excited in 1979.