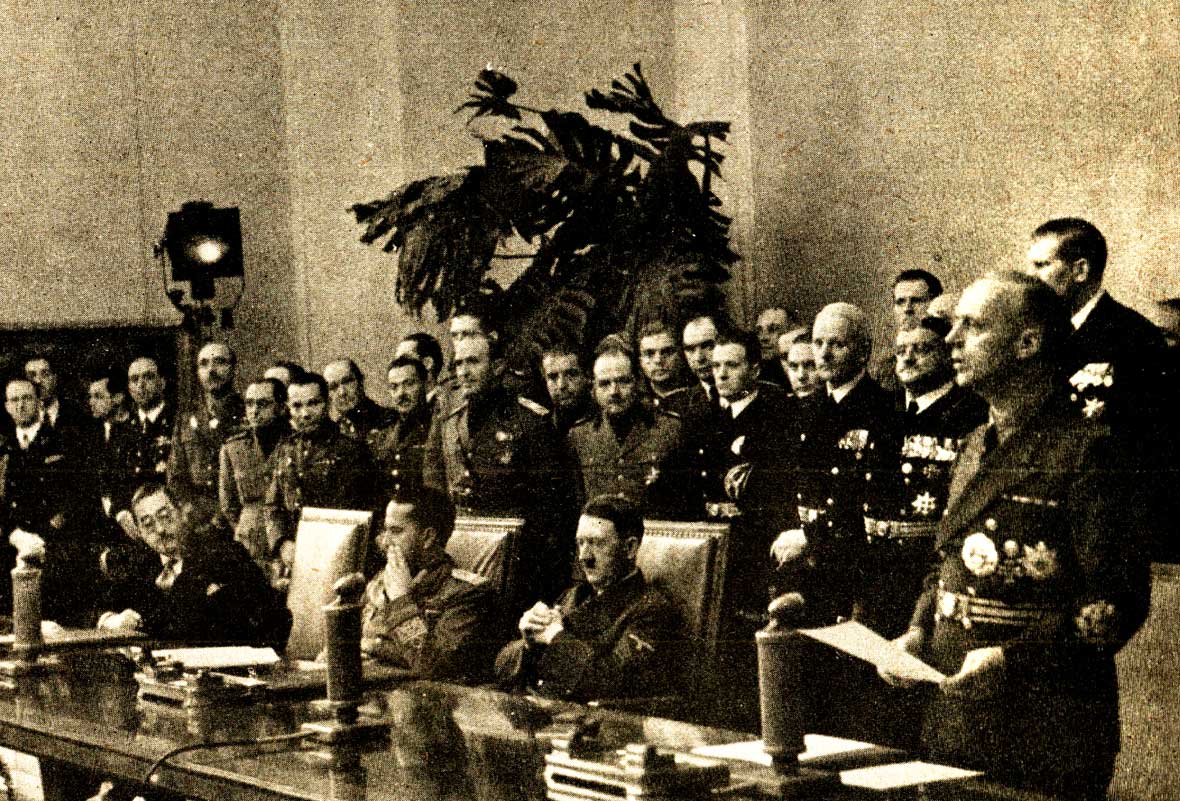 September 27, 1940 - signing the Axis Pact. The unholy alliance from which there was no turning back.

September 27, 1940 – signing the Axis Pact. The unholy alliance from which there was no turning back.

September 27, 1940 – In Berlin on this day, Germany, Italy and Japan entered into an agreement by which any of the signatories of the agreement would come to the aid of the other, should that signatory be attacked by any country not actively involved in the war up to that point. It became known as the Axis Pact, and it would seal the fate for those countries in the coming years, as the tide of war changed. The pact also meant there would be an increased influence over Southeast Asia, with Germany aiding Japan in its continued invasion and occupation of territories in that region. But what it also signified, was a stepped-up and direct warning to those nations not yet actively involved in the war (i.e. the U.S.) that any aid to non-Axis nations (i.e. Britain), coming under attack would be considered an attack on all Axis powers and that Japan would feel obliged to retaliate just as Germany would be obliged to retaliate should there be aggression towards Germany.

It was a thinly veiled threat to the U.S., but one which seemed impractical on a number of levels. Because Japan and Germany were on opposite sides of the world, coming to the aid of the other would be difficult at best. Also, Germany and Japan had different objective views of this “new world order” which the Tripartite sought to express.

Over the coming months, other nations joined the Axis Pact – those nations now occupied by Germany at the outbreak of War – Hungary, Rumania, Bulgaria and Yugoslavia and the German-client state of Slovakia. Ironically, the Soviet Union did not. Informed of its existence prior to the signing, Moscow sent Molotov to Berlin to discuss joining, as the Soviets saw the Pact as an update of their agreement made several months earlier. There was an agreement in principle to the Soviets joining, and Moscow sent a revised version of the Pact to Berlin, outlining the benefits of partnership with the Soviets.

However, Berlin had no intention of allowing Russia to join and didn’t reply to the revision which was sent. They did, however sign an agreement on new economic offerings in January of 1941.

But on this day, the Pact was signed and the principals were on hand to witness the event, along with German Radio, who broadcast the signing live and offered commentary in several languages, including English.

Here is that broadcast – because it’s Shortwave, the sound is a bit muddled from time to time and the translations are sometimes hard to make out. But it’s a significant broadcast from a pivotal time in World history.