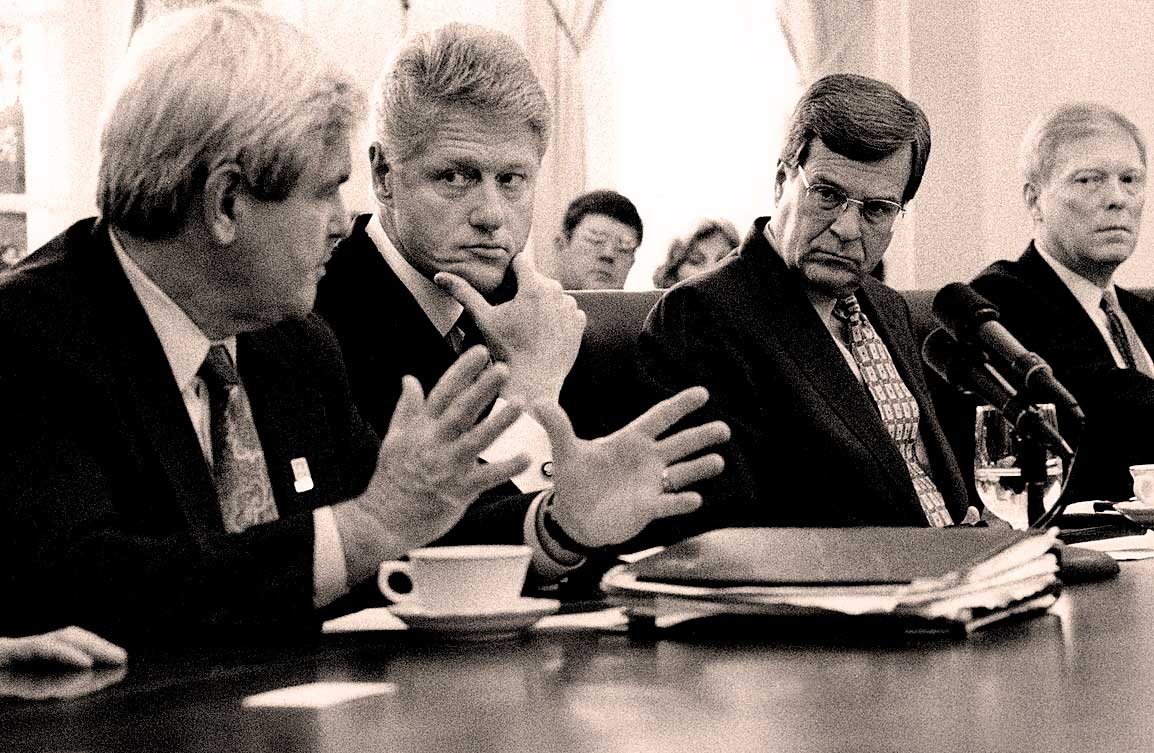 Clinton and the Contentious Congress.

Clinton and the Contentious 104th Congress.

September 28, 1996 – 20 years ago, it was billed as the most contentious Congress in recent history. The 104th Congress was about to hit the history books. Early on this morning, legislators and White House aides reached agreement on all the major policy and spending issues that were still outstanding. And although they said they still wanted to read the fine-print, legislators said all the bills should pass, including sweeping efforts to restrict illegal immigration. After an all-night bargaining session, the 104th Congress came in ahead of schedule and under budget. House Speaker Newt Gingrich admitted that House Republicans had given in to what the White House demanded, even in some areas where they disagreed strongly, because as he put it “one of the lessons we learned, as all of you reported, is that you’ve got to find a way to work together, to get things through the Senate. You’ve got to find a way to get the signature of the President, if you want to get it done.”

What they got done was a catch-all spending bill which added back some $8 billion in domestic spending that President Clinton insisted on. In turn, the GOP-protected an extra $8.5 billion in defense spending that the White House opposed. Controversial policy riders were softened, including the provision that could have led to faster distribution of U.S. aid to overseas family planning efforts. The most contentious dispute, and the last thing to be agreed to, was illegal immigration reform. Both the House and Senate passed a bill that included a series of restrictions on legal immigrants. The Democrats and The White House objected to it. By rolling the bill into the larger Spending package, the White House was able to get Republicans to drop some of the toughest provisions, including one that said Legal Immigrants who collected Federal benefits for 12 months were deportable. Republicans tried to save their ban on illegal immigrants receiving AIDS treatment, but they eventually gave in and dropped that too.

All that and the G-7 met in Washington, agreeing to work together to keep their economies growing.

Just another day, 20 years ago, as reported by NPR and Weekend All Things Considered for September 28, 1996.