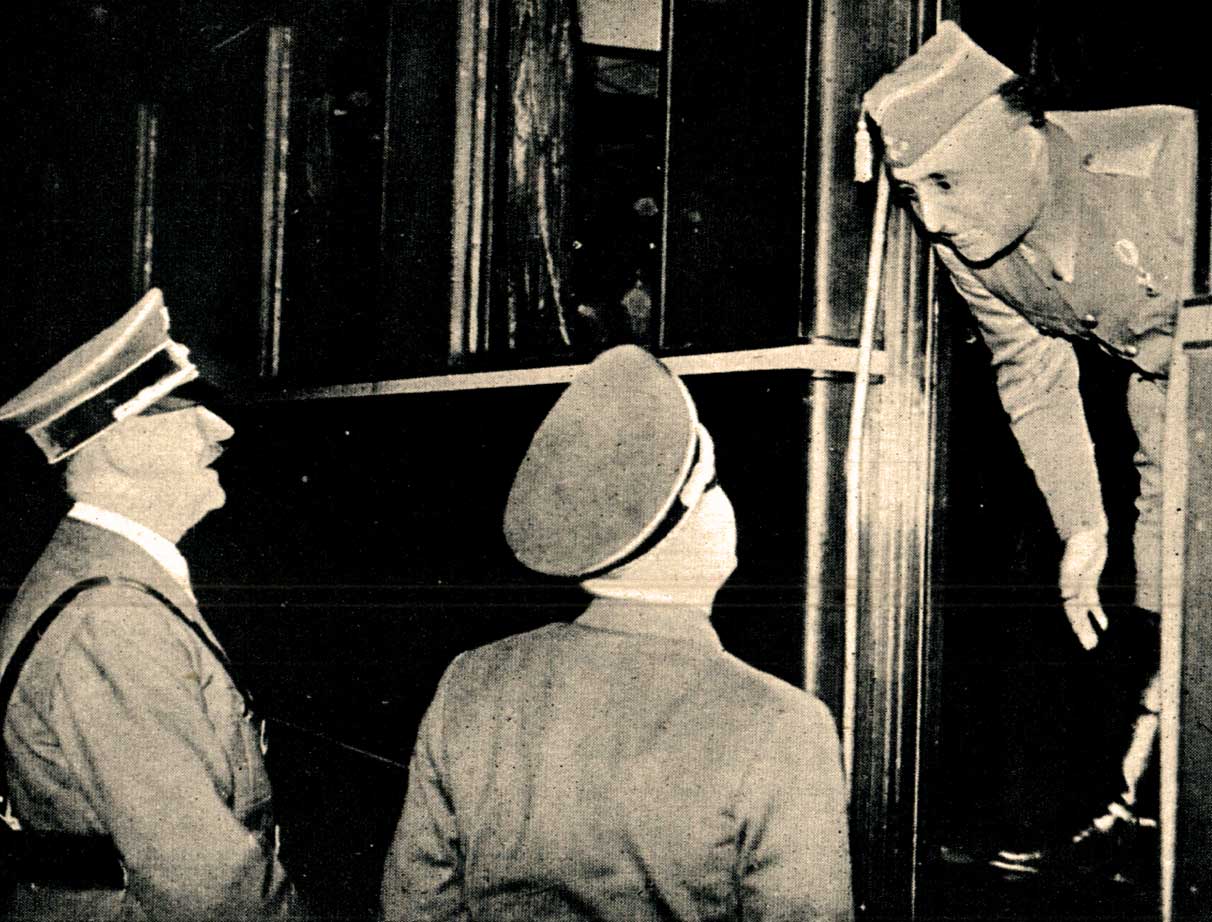 September 29, 1940 – while the elation over this newly formed Axis was continuing, the war was going on without stop. Bombing raids continued over Britain, and reciprocal raids were still taking place over Berlin and various other industrial cities in Germany.

With Japan securely in the Axis triumvirate, attention was now focused on Spain, and the wooing of General Francisco Franco to bring Spain into this New World Order. Franco had benefitted greatly from Germany’s supply of arms and equipment (and troops) during the Spanish Civil War, and it was more or less hinted that it was time to pay back the favor. Although formal talks wouldn’t begin for another month, hopes were high in Berlin, as well as Rome, that Spain would join forces soon.

That said, it was still down to the practical matters of war – the increased raids over Britain were taking their toll on German planes, while the reciprocal raids over Germany were being downplayed on Berlin Radio (and subsequently, this heavily monitored and censored broadcast by American correspondent Sigrid Schultz). However, with censoring, Schultz was able to give enough description, by way of the behavior of animals in the Berlin Zoo, to give listeners an indication that the raids were more frequent and devastating than was acknowledged.

Still, it was the day to day of War, and despite the presence of an Axis, there were still troops to move, battles to wage and losses to incur. There was still the looming possibility of a German invasion of Britain, and if Spain were to join the Axis, plans for control of the Mediterranean would be almost completely assured, as would the ease of securing additional invasion staging points.

But nothing was mixed in stone and everything was in a constant state of shift and flux as new raid reports came in and new battles were underway.

All on this September 29, 1940, as reported by Sigrid Schultz broadcasting via shortwave from Berlin to the Mutual Broadcasting System.

Note: Because of the conditions and the technology, this shortwave broadcast is hard to hear at times – muffled, distant and garbled. But it’s all there and you can hear it if you listen closely. I worked on cleaning up as much as I could without losing further sound.