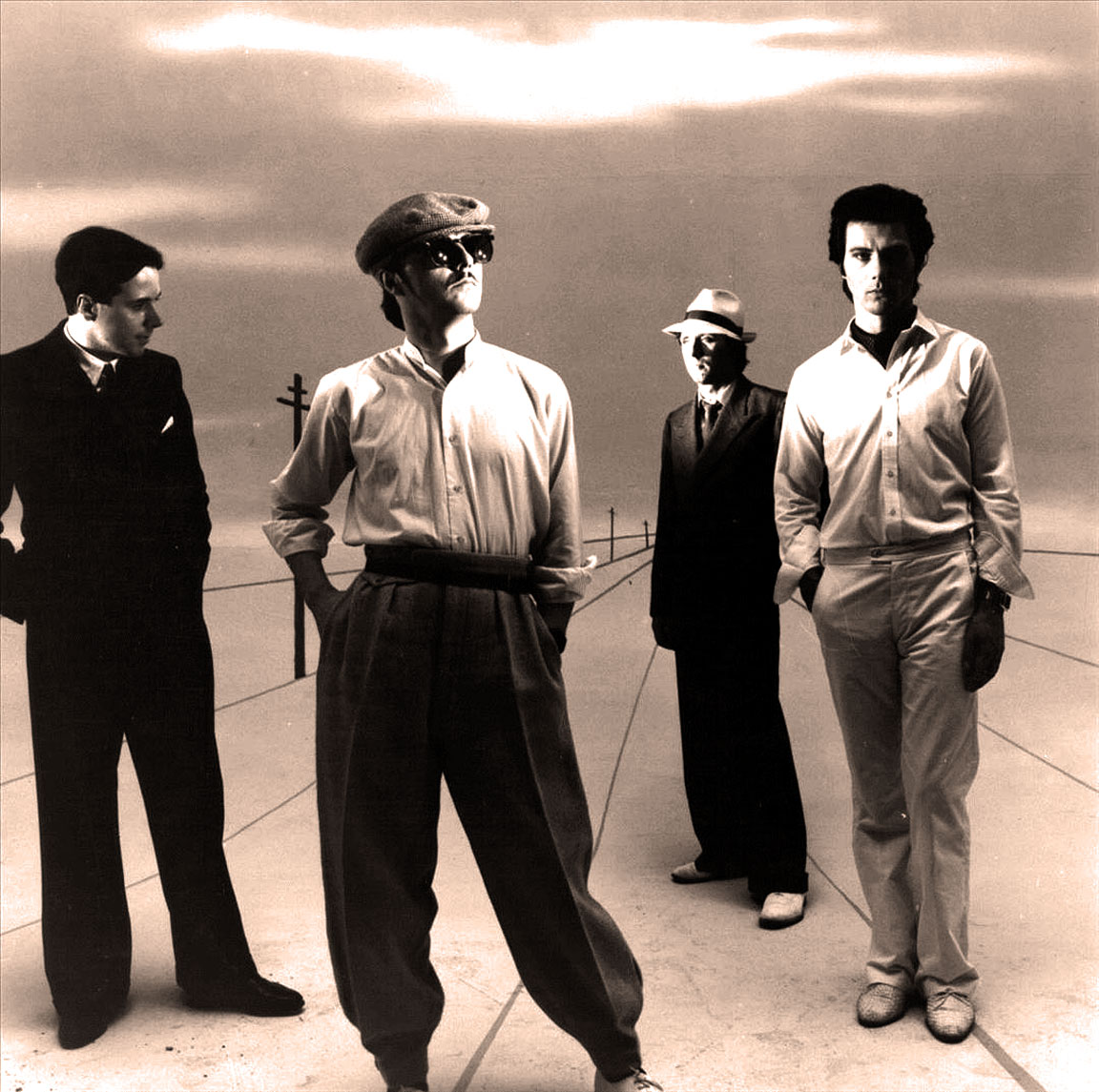 Ultravox - went from Punk to Techno to New Romantic to mega-hits, and MTV's Golden Age.

Ultravox – In Concert 1981 – Past Daily Soundbooth

Ultravox – went from Punk to Techno to New Romantic to mega-hits, and MTV’s Golden Age.

Ultravox tonight. One of the bands who changed the look of MTV forever and who personified the New Romantic movement. Prior to this sweeping change, Ultravox was a well-known yet bubbling-under Punk/Post-Punk/Techno band, known primarily for their lead vocalist John Foxx and some pretty sensational production work by German wiz, Conny Plank.

But Foxx left and Ultravox underwent changes and re-emerged as a sort of Art-Rock/New Romantic/keyboard-based band that played musical landscapes – sweeping panoramas of sound topped off by the sonorous vocals of Midge Ure, who had replaced Foxx.

It was also the perfect band to experiment with new ways of making music videos work. Prior to that time, it was a band, a few cutaways, performance, more cutaways – pretty boring. But Australian film director Russell Mulcahy came along, and took their then-latest single, Vienna and turned it into one of the most compelling, visually stunning film classics ever produced. It was the video which changed the way all videos were conceived from then on. The haunting images and the music made it one of the biggest hits of the early 1980s. Putting not only Ultravox on the international stage, but also turned the Music Video industry, from an afterthought and minor promotional tool, to a revolutionary change in the way Pop music was marketed.

So this concert, recorded right around the time of the release of the album, Vienna, gives some indication of the great heights the band would achieve in the coming months. It would be a run that lasted until 1985, when the first of several hiatuses, breakups, reorganizations and reunions would take place – all the way to their latest incarnation, beginning in 2008 and still going.

This is a special concert – it’s part of a new turn of events for the band, that point where things just started to break and they are just about to become household names. Pretty exciting, and the band is pumped up for it. Good show all around, and thanks to the BBC and their ever-present recording trucks, it’s preserved for posterity.