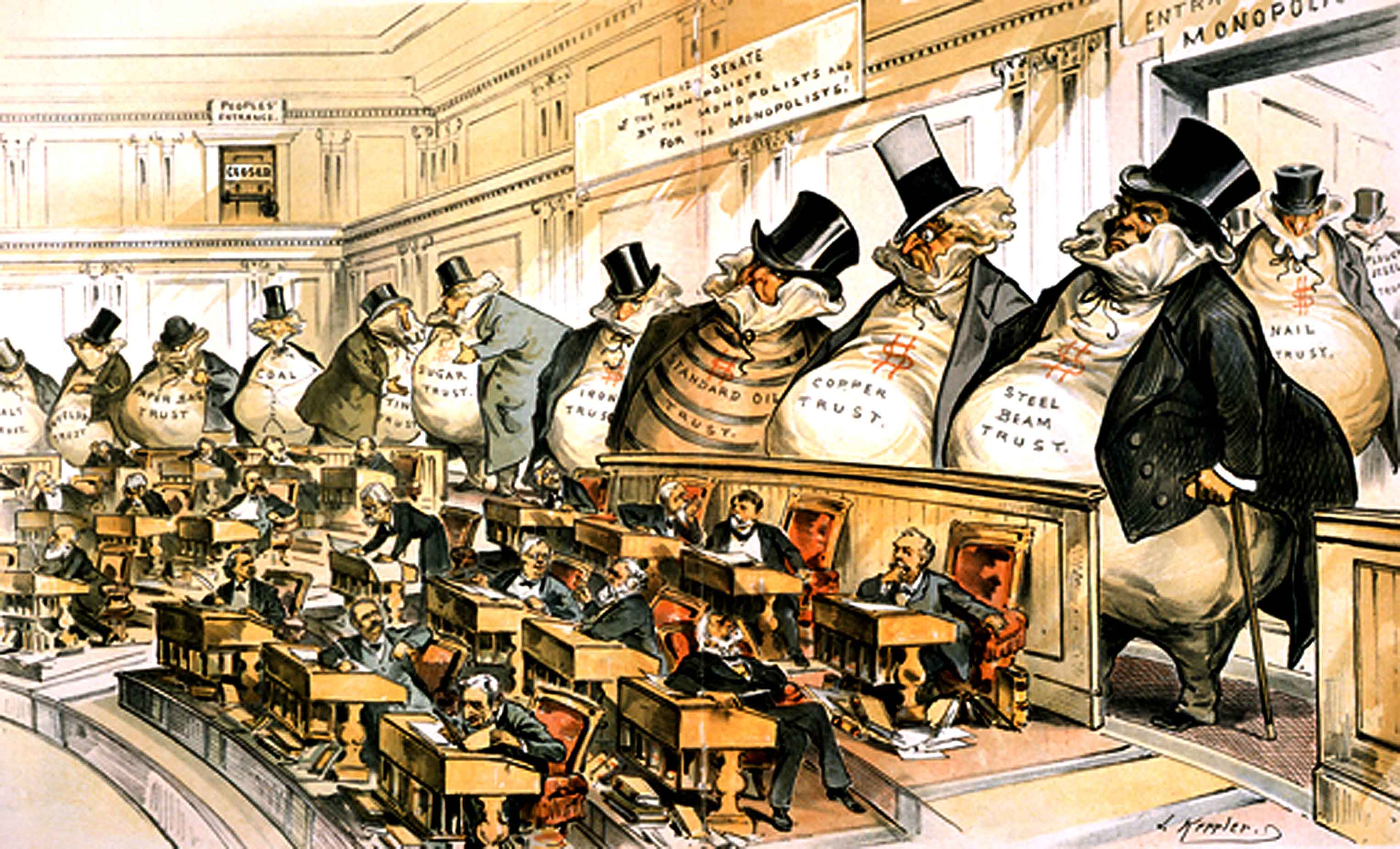 Monopolies - Even in the 19th Century they were viewed as a bad thing.

Monopolies – Even in the 19th Century they were viewed as a bad thing.

Monopolies – a word that’s not used much anymore. It’s what used it used to be called when one company bought out several smaller companies and emerged as the largest company and potentially cornered the market. We call them mergers today. It sounds like a good thing. And in the days of deregulation, starting around 1970, that’s exactly what happened.

Monopolies were considered bad for the country as they ultimately killed the free enterprise system. Taking the spirit of competition in the marketplace and stifling it to where the interests of the shareholders took precedence over the interests of the people they supposedly served.

In this 1948 broadcast, from the series Chicago University Roundtable, a panel consisting of a Congressional leader and an economist tackled what was considered a critical problem facing the country. The new session of Congress was featuring legislation against monopoly was pending. President Truman had asked Congress to close loopholes in the anti-monopoly laws that were already on the books. He also told the Congress that it would possibly be necessary for the Government, as a last resort, to go into the business of Steel Plants, as the Steel Industry was at much of the heart of this issue in 1948.

The other issue was whether or not the threat of monopolies was increasing or not. Examples showed that the threat of monopolies was much more prevalent in the late 19th century than it was in the 20th, but that wasn’t to say there was a large and continuing concentration of power in one company, but that the statistical information over whether or not that was true was somewhat blurred. It was felt that there was much more competition present in the Marketplace of 1948 than there was in 1878. But would it stay that way?

Clearly, it didn’t. And all the laws and restrictions put in place to prevent one company from taking a preeminent role in the marketplace were eroded and dismantled to the point where what we’re seeing now is the fallout from the “too big to fail” scenario many were afraid would happen in 1948. It is happening with Banks, communications, consumer products; every aspect of our daily lives – almost all of them subject to merger and monopoly today, and we’re seeing the results of that on an ever-increasing basis.

To get an idea of what the issues were and how Monopolies were considered a threat in 1948, here is that episode of The Chicago University Roundtable, first broadcast on April 1, 1948.