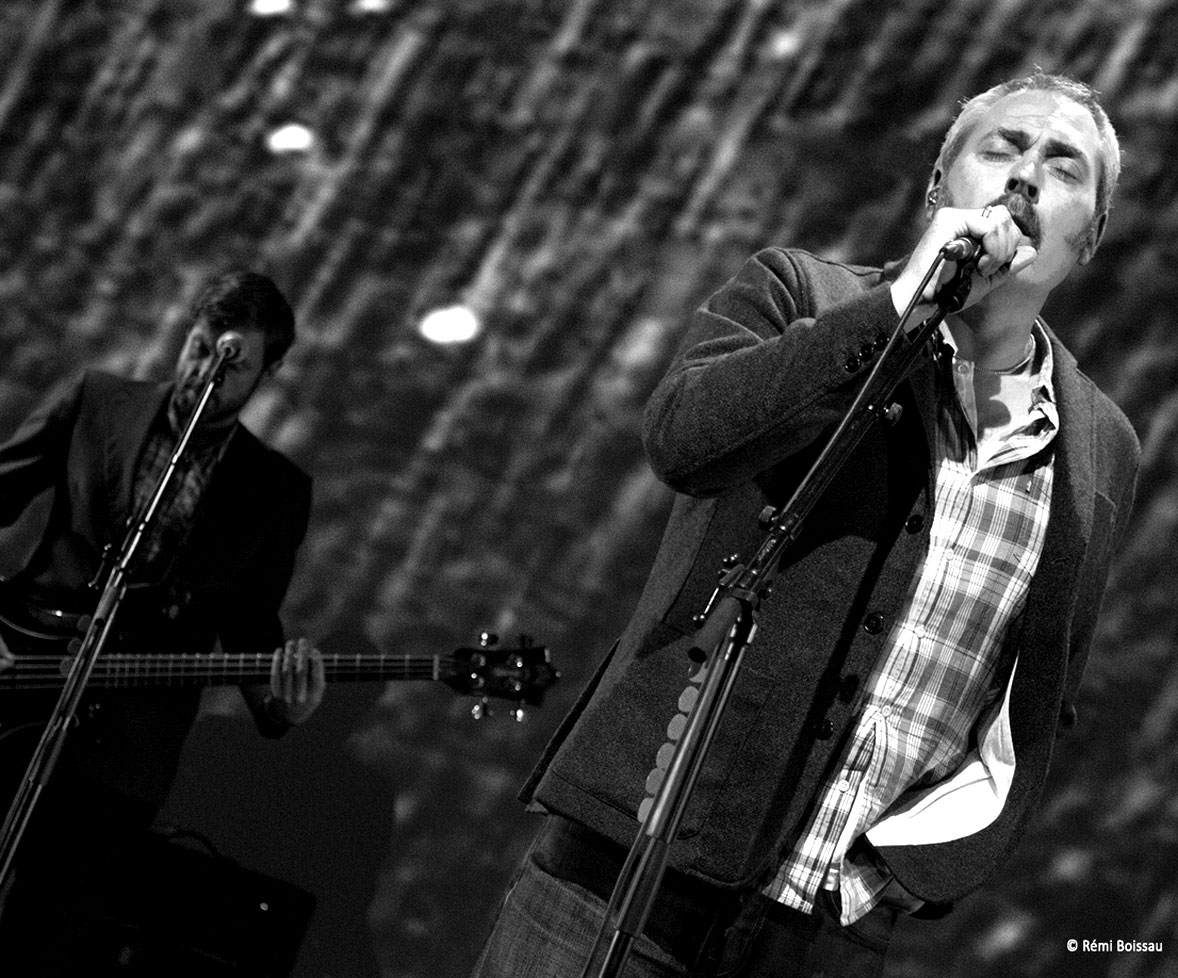 Tindersticks – In Concert 1997 – Past Daily Soundbooth

Tindersticks to end up the week. An excursion of soulful introspection against a backdrop of looming melancholy. Certainly one of the more vocally atmospheric bands which emerged from the 1990s, Tindersticks were unique at the time. With the plaintive and mysterious sing/speak of founder Stuart Staples, enveloped in a lush backdrop, the band were a critical hit from the get-go, but album sales warmed over time, although it really wasn’t until their third album, Curtains, that their reputation spread beyond British borders.

Curtains was issued in 1997, which comes right at the time of this concert, presumably to promote the album. And it was this album, and the one that followed it, Simple Pleasure, issued in 1999, that signaled a direction change for the band. Going from the atmospheric and expansive to a tighter groove, more reminiscent of Soul a-la Chilites, along with a nod via their single Chilitetime.

Although the band have gone through breakups, reunions and indefinite hiatuses, Tindersticks are still together, having just completed a tour earlier this year as well as releasing an 11th album. At the same time, Staples has pursued a solo career as well as concentrating on film soundtracks which, truths to tell, perfectly suits their music.

Sadly, Tindersticks haven’t made much dent in the U.S. market in all this time. With 11 albums, along with some 29 singles and eps, 8 soundtrack albums and 11 compilation, live and other albums to their credit, theirs is certainly a thorough catalog of an evolving band that needs to be examined on this side of the Atlantic.

So you may be familiar with Tindersticks – I last posted an Italian concert of theirs from 1994 a few years ago, but haven’t posted anything else since then. No good reason – just an avalanche of bands to sort through; you get the picture.

At any rate, if you’re familiar this one may kick off a few memories of their earlier years. If you aren’t familiar with Tindersticks, check this concert out and dig into the treasure trove of their studio output. It’s all worth it.