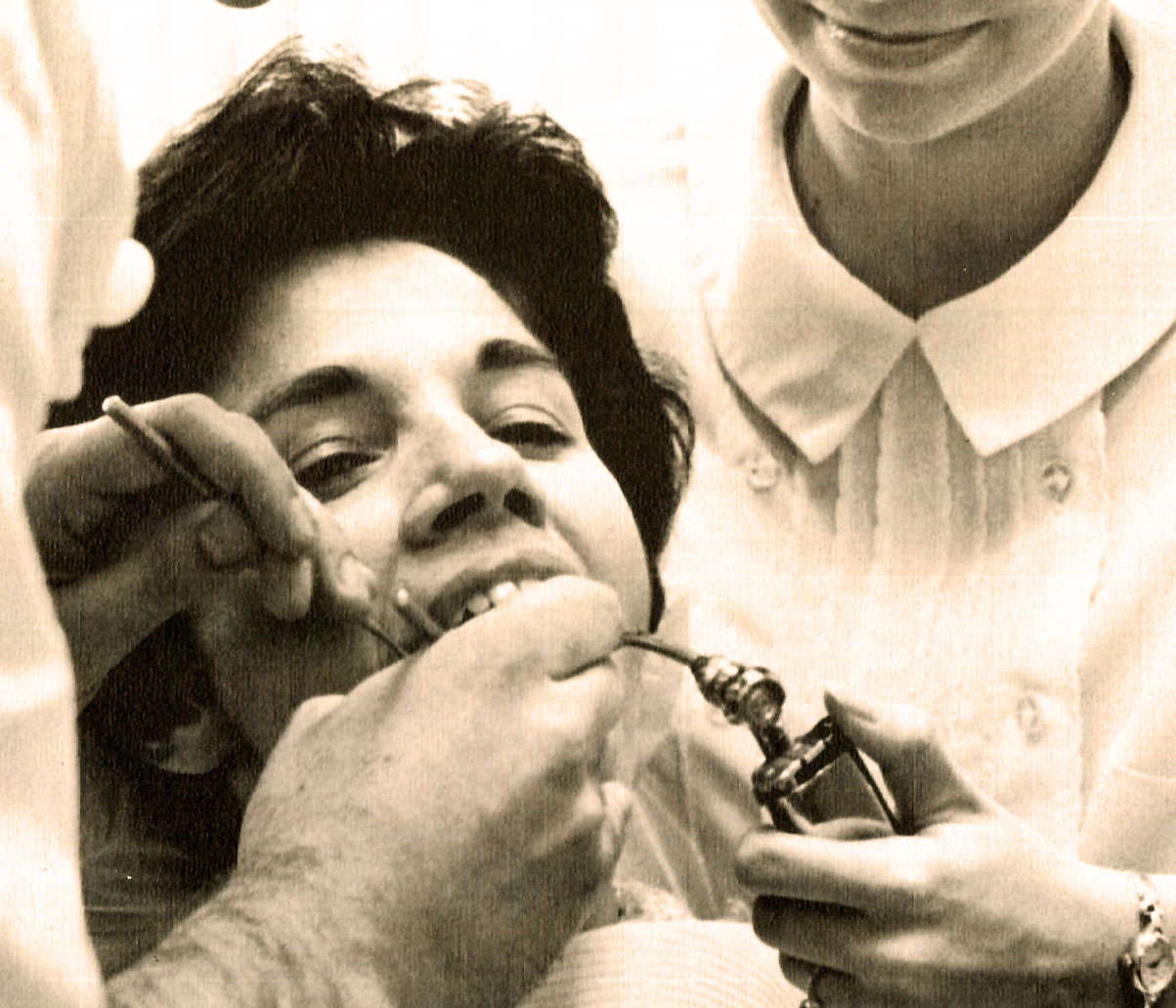 A Trip to the Dentist - you never quite knew which was worse; the drilling or the music.

You’re A Teenager, You Live In L.A. – It’s August 1964 – You Have A Mouth Full Of Cavities – You’re Waiting For The Novocaine To Kick In – Your Dentist Is Playing KPOL In The Waiting Room – He Thinks It Will Relax You – He Is Wrong.

A Trip to the Dentist – you never quite knew which was worse; the drilling or the music.

Picture this – it’s coming to the end of Summer – you are hovering somewhere between 15 and 16. Your mom drags you into a Dentist office on Wilshire for your yearly checkup. Bad news. Five cavities and a lecture on needing dentures by the time you’re old enough to vote. Within minutes you are being poked and prodded and opening your mouth for a needle that looks like it was last used on a Clydsdale. The Assistant is new, and if you were five years older . . .. after six attempts, and a bib spattered with drool, blood and tears from the excruciating pain, the Novocaine is in. Now you wait. And faintly wafting in, you hear the saccharine sound of nondescript music, floating over the room from a speaker directly over your chair. You break into a sweat – not because you’re reacting to the shot, but you’re reacting to the music – you hate this stuff. In a strange way, you’re looking forward to the screech of the dentists drill and the overpowering aroma of burning teeth over one more note of this elevator music. It’s painfully sweet and there are millions of violins and tinkling pianos and a disc jockey who sounds like he’s been huffing a bag of Testors all day.

And you wonder when it will end – you think about that film on Oral Hygiene in your health class – and all of a sudden, your lips feel like lead weights. The Testors huffer is muttering something about “cloud nine”, while a large set of fingers, smelling like rubbing alcohol, disinfectant and belonging to the Dentist, reach inside your mouth – and the drilling begins. You don’t hear the music anymore – you are glad.

Before the days of automated radio and as an antidote to Muzak, there were a vast number of radio stations throughout the country who programmed a sort of nondescript hybrid of easy listening/show tunes/pop music that wasn’t designed to be actually listened to, much less listened at. KPOL was a station known for playing this kind of music. But rather than be nondescript, there were disc jockeys who actually announced what was being played – and they had shows, usually with evocative titles like Commuters Carousel, The String Shift and Morning Magic. It was never quite clear who the audience was, but it was pretty certain the only place you could hear this station was in a waiting room, or an office or in a supermarket. Someplace where the silence would be deafening if it wasn’t on.

It’s probably no surprise that these stations have long since vanished from our Popular Culture landscape – although one would imagine there is a certain amount of curiosity in listening to these samples today. To get an idea of just how strange it all must’ve seemed. Factoid: Just prior to becoming a powerhouse Underground FM station – KMET was known as Metromusic West and was automated, playing elevator music 24 hours a day, until one day when Tom Donahue went on the air to play “phonograph records”.

Needless to say, if you were around in 1964 and had the misfortune of spending time in a Dentists office, you will probably forego listening to this 1 hour slice of Mainstream Americana. But, on the other hand, if you’ve never heard this before or only heard vague references to “elevator music”, this may be an interesting glimpse into a cultural phenomenon overlooked by most and avoided by many at the time. Ironically, this aircheck was recorded on August 7, 1964 and the news was filled with reports of the Gulf Of Tonkin Resolution and what would be our inevitable excursion in Vietnam.

Do not play this at parties.