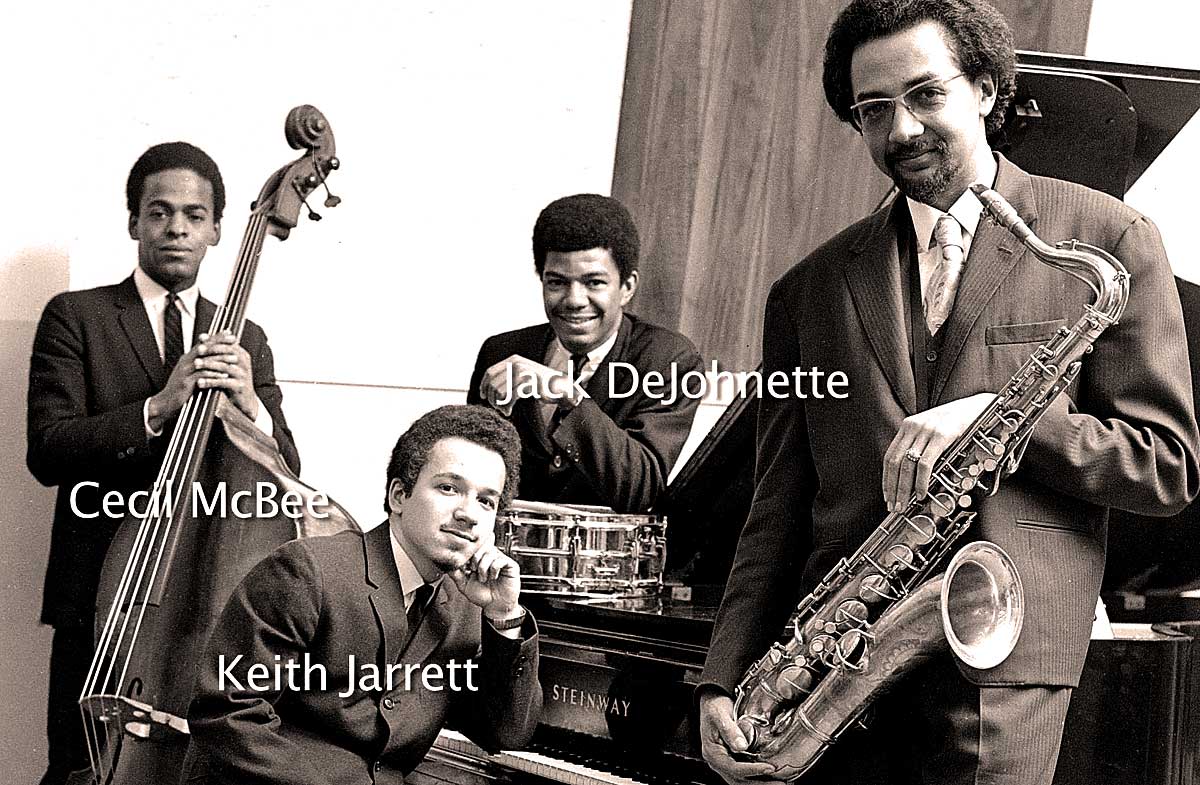 Charles Lloyd Quartet - One of the first Quartets to sell a million records - times were indeed changing.

Charles Lloyd Quartet – One of the first Jazz Quartets to sell a million records – times were indeed changing.

Charles Lloyd Quartet this weekend, live in Copenhagen and recorded by Danish Radio on October 30, 1966.

You could call this Charles Lloyd’s All-Star Quartet, because it featured Keith Jarrett on piano, Jack DeJohnette on drums and Cecil McBee on bass; all of whom would go on to pivotal and highly influential careers of their own.

This was the first Quartet Lloyd put together after leaving Cannonball Adderley‘s group in 1965. It was also the first Jazz quartet to sell a million albums. Forest Flower became essential listening to just about everyone interested in discovering new music – and more, it had enormous crossover appeal, which led one to suspect the Rock audience was branching out. And they did.

In the early days of Underground FM, I remember Charles Lloyd being played alongside The Band, Aretha Franklin and The Beatles – it was B. Mitchel Reed who turned many Rock fans on to Jazz, and in doing so opened up a whole new world – one that would have lasting repercussions for decades to come. In essence, what Charles Lloyd, along with the rest of the Quartet were doing, was getting everybody into the journey of discovery – the prerequisite was an open mind. And in 1966, minds were open and ready.

A lot has been written about 1966 being a milestone year for Rock. But I think, 50 years later, it was a milestone year for music in general. It was a year a lot of barriers were torn down and the year the universal message was – it’s okay to go exploring; there’s a lot to discover.

So this broadcast featuring Charles Lloyd and his Quartet from Copenhagen (which I believe is not complete, but a solid 42 minutes worth) gives some idea of the places it was all capable of going – and if you were up for the ride, would reap amazing results.

You have to put in context what came along right around this time, and you’ll realize that Charles Lloyd fit right in – and was an integral part of the conversation.

Hit the play button and you’ll hear why.

Enjoy, while employing the “mind as parachute” analogy if you aren’t familiar.