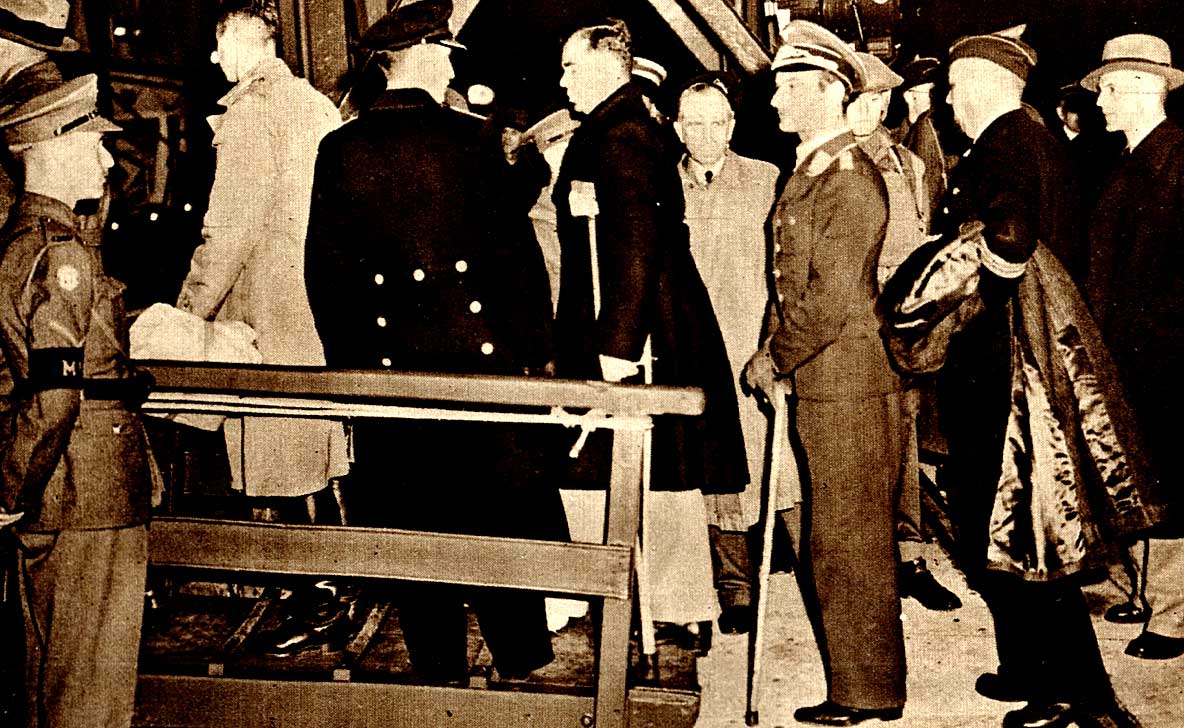 German Prisoners being loaded on ships in exchange for British prisoners waiting in France.

October 6, 1941 – Swapping Prisoners, Nothing Quiet About The Eastern Front

German Prisoners being loaded on ships in exchange for British prisoners waiting in France.

October 5, 1941 – news for this day was reasonably calm in Western Europe. German wounded prisoners were being loaded on a British Hospital ship, getting ready to sail on to Dieppe in France, where reciprocal British wounded prisoners were waiting as part of an exchange taking place over the next several days. Success of the swap was largely dependent on the tides in Dieppe and how quickly the Germans could be off-loaded and the British loaded on. There were several trips planned, with the next scheduled swap to be German Women nurses, to be repatriated with British nurses.

And maybe because of that, there were no German raids on British cities and no RAF activity reported in the skies over Britain from the night before.

Not so for the Eastern front – as developments were grabbing interest and speculation. Hitler announced earlier in the day that new and important operations were underway on the Eastern front with far reaching results. However, the true situation in the East was remaining obscure with speculation and conflicting reports taking center stage, giving no clear picture as to which way the fighting was going. The German High Command was reporting big successes, while the Russians were replying there weren’t. Late reports from Berlin told of offensive operations were going favorably and that strategic Russian positions had been taken and that their soldiers are mopping up resistance in the South. On the other hand, Russian reports claimed victories at a number of points. In the Southern Sector, the Russians reported a series of heavy counterattacks which had been successful, and that in three days their troops had retaken several districts, formerly held by Germans and Rumanians. At another point, the Soviets claimed their troops advanced some 32km in 36 hours, in spite of all efforts of the Germans to stop them. Claims and counterclaims.

And that’s how it was going, this October 6, 1941 as reported by the Blue Network’s News Of The World.