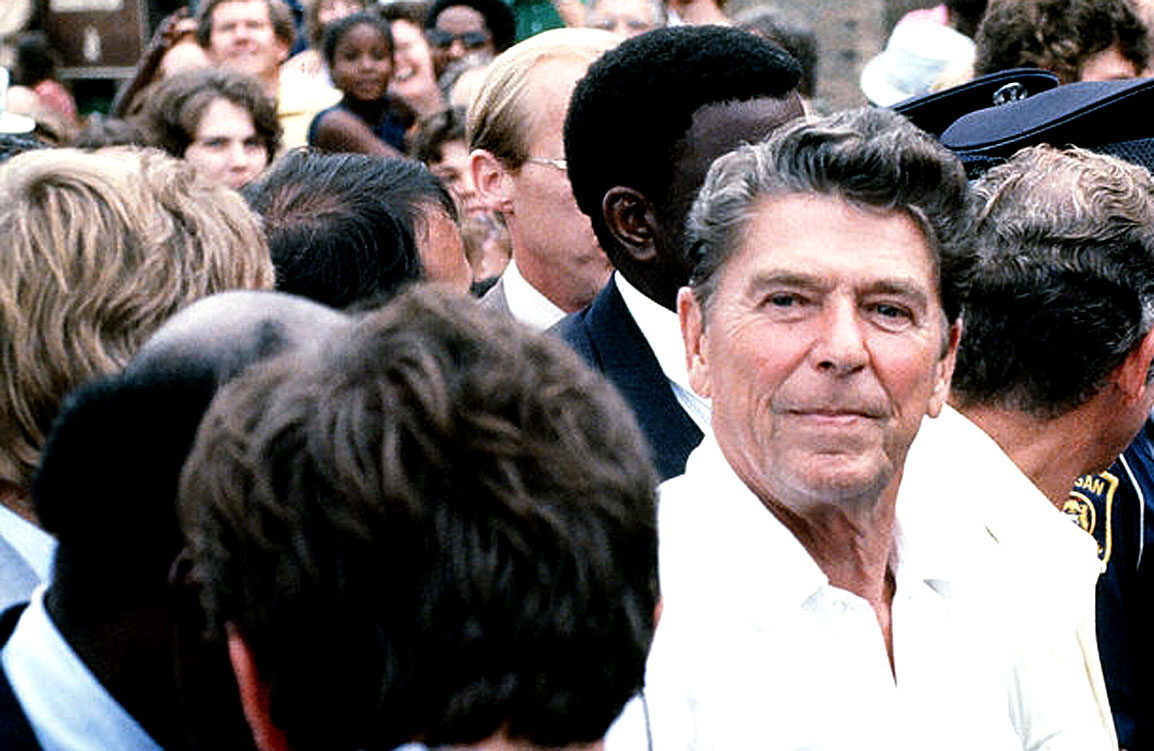 Candidate Reagan - According to reports, Campaign '80 would go down as one of the nastiest.

Candidate Reagan – According to reports, Campaign ’80 would go down as one of the nastiest.

With some 3 weeks to go before Campaign ’80 drew to a close, the Presidential candidates were out stumping for votes on this day, in what many were saying was one of the most contentious elections in recent history.

But there was other news this day. The War in Gulf between Iraq and Iran was heading into claim and counter-claim territory. Tehran Radio reported that Iranian airborne troops had killed some 1,000 Iraq troops in a series of lightning attacks in Western Iran. There was no independent confirmation, but if the reports proved true, it would be one of the largest battles of the 24 day old war. Iran’s Oil Center at Abadan continued to be at the center of the fighting. Iraqi gunners were engaged in a desperate effort to finally capture the strategic oil center of. Meanwhile, the United Nations Security Council was holding emergency talks in an attempt to find some solution to the war. Both belligerents sent representatives to debate the Persian Gulf conflict. Just an hour before talks were to begin, Iran pulled its original representative and replaced him with Prime Minister Mohammad Ali-Raji, who was expected to arrive the following day. The move was seen as a significant step in attempting to settle the conflict.

But the real news on most Americans minds was the upcoming elections. Or as the Washington Post‘s Nick Greenfield called it; The Great National Dentist Appointment. President Carter went on a campaign sweep through several Eastern states with Ted Kennedy as support. A direct contrast to the decided contention between Kennedy and Carter during Primary season, the duo hit the road, mostly in battleground states, bringing a message of Reagan extremism and the power of concentrated wealth. Carter was only slightly ahead of Reagan in key states, and even in predominately Democratic states like Massachusetts, Carter was on shaky ground, with the fear that third-party candidate John Anderson with some 20% was seen as siphoning off votes Carter needed. Meanwhile, Reagan was also busy campaigning in battleground states. He visited Lima, Ohio, a city with some 15% unemployment and immediately attacked President Carter’s economic policies. Carter carried Ohio in 1976, but high unemployment in the State’s Steel and Auto industries, and the active work for Reagan by Governor John Rhodes, may have tipped the scales in Reagan’s favor, with a prediction Carter would lose Ohio come November. Many felt it was a tossup between two bad candidates and many felt the 1980 Presidential race to be one of the worst in recent memory.