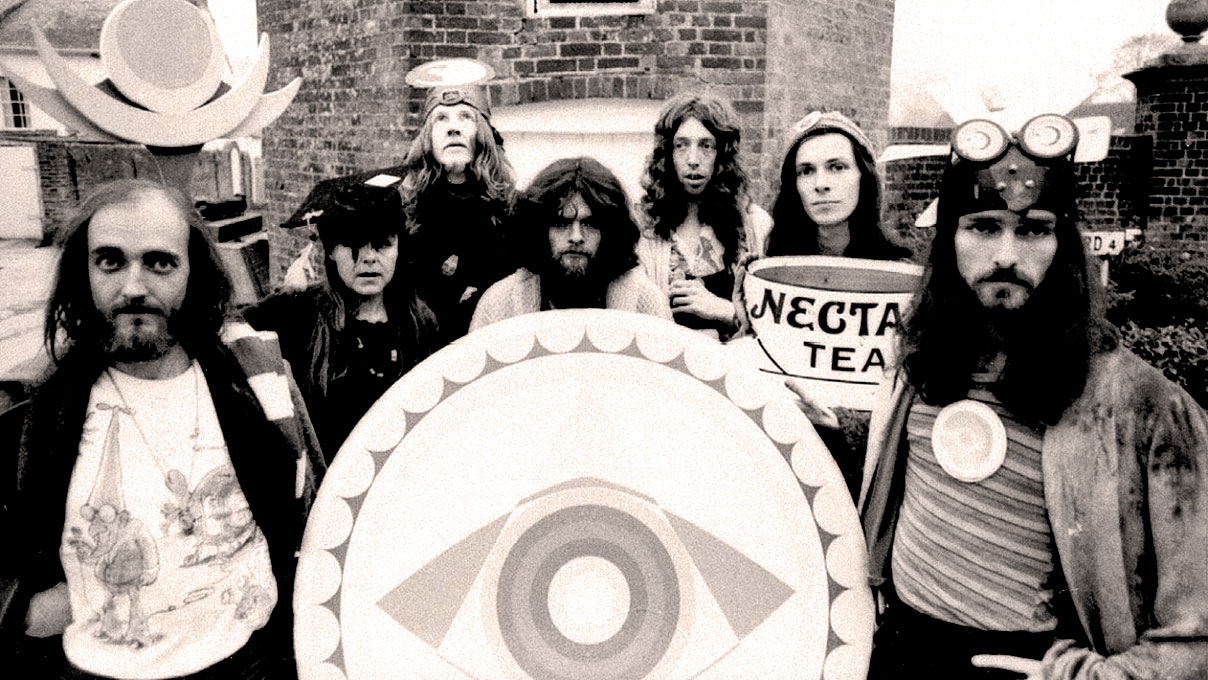 Gong this week – a band who helped put Prog on the map in the early 1970s. Founded by Daevid Allen and Gilli Smyth. Allen was a founding member of Soft Machine in the mid-1960s and was with the band right up to the time of their first album in 1967, when he left and headed off to France to try his hand at something else. It was there he formed the nucleus of Gong, which became something of a revolving door for many musicians and a virtual Who’s Who of notables who went off to other pursuits.

Gong became one of the mainstays of the Prog movement – and even though they didn’t achieve mainstream “hit” status, they were one of the most influential of the bands coming out during that period. And Allen was at the helm up until 1975, when he promptly quit the band and went solo, which effectively ended that period many Gong fans refer to as “the classic lineup”.

This concert, recorded live in Oslo, Norway is significant as it marks what may be the first concert appearance by new drummer Bill Bruford, who had joined the band only a month earlier. Brufod joined Gong right after Robert Fripp disbanded King Crimson in September of that year. Bruford’s tenure would only last until later in 1975, before he left to replace Phil Collins in Genesis, who took over vocal duties after the departure of Peter Gabriel.

It also comes right after the release of You, the fifth album from Gong and considered one of the 50 greatest Prog albums of all time, according to Rolling Stone. Much of the material on this concert comes from that album, and it sounds especially fresh before the audience.

Sadly, both Daevid Allen, and later, Gilli Smyth have passed away. Allen, last year at age 77 and Smyth this past August 22nd at 83.

A pivotal band during a period of musical change – one of the more eclectic ensembles, but one of the more adventurous ones. Hopefully, listening to this concert will prompt you to check out more – and there’s a lot.