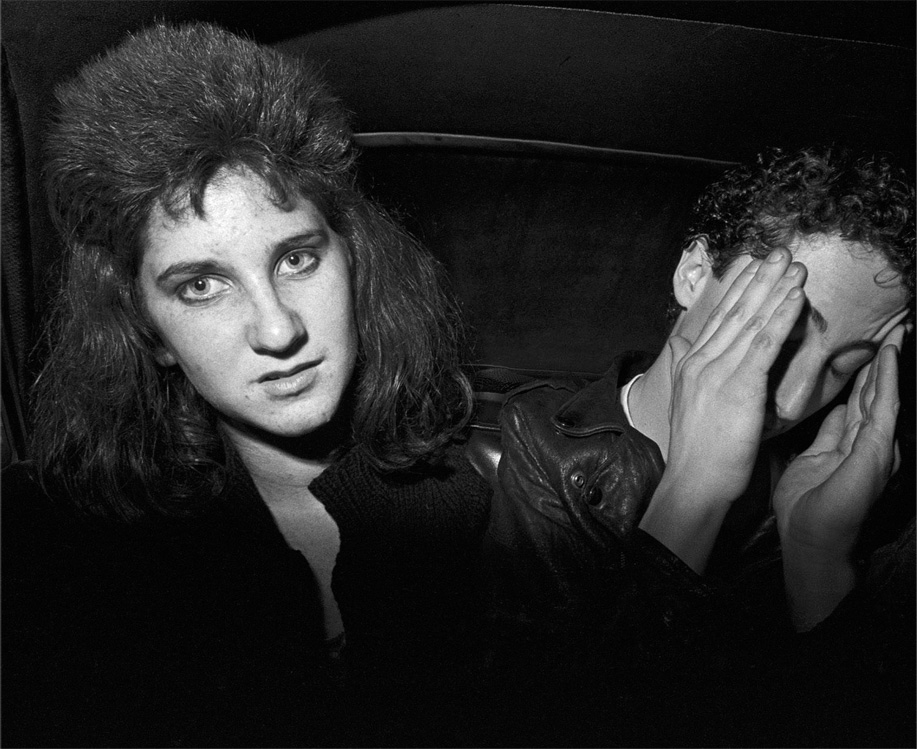 . . .your choices were Oki-Dog or Atomic Cafe. And there was still the heart of Saturday night to consider. (Photo: John Brian King)

You’re No Longer A Teenager – You Live In L.A. – It’s April 1979 – This Is The Modern World And KROQ Explains It All To You – Past Daily Pop Chronicles

. . .your choices were Oki-Dog or Atomic Cafe. And there was still the heart of Saturday night to consider. (Photo: John Brian King)

Between 1969 and 1979 life in L.A. changed. A lot. The Earth moved, radio changed, music changed, Teenagers; not so much. If you were a teenager in 1969, you were well into being an adult by 1979, and this new world wasn’t what you grew up with. Aside from Altamont, Nixon, Hendrix, Joplin and Morrison, P.O.P. was gone – what was left of it burned to the ground, along with The Cheetah. The Hullaballoo had gone through a few incarnations as other things but no longer as the go-to place on the weekends. The Palladium was still happening across the street, although the Police were showing up a little more frequently than before, and the smell of teargas was now becoming familiar. L.A. was slowly becoming aware of Punks, but it wasn’t full-on embraced like it was in other cities. L.A. still had sun and surf and surf culture, and Punk seemed out of place for the most part. But that didn’t stop a variation of it springing all up and down the coast. Being young and out of place was a rite of passage – we were in the 1960s, why wouldn’t we still be in the 1970s? L.A. had their own bands – we had X and Fear and The Germs and The Go-Gos. And instead of The Trip, there was Club 88 on Pico. Instead of The Infinite Mind on Fairfax there was Al’s Bar on Alameda in downtown. Downtown was now happening. Hollywood was still there, the Whiskey was still going and so was The Troubadour and The Starwood. But new clubs and places to hang out were springing up. Canter’s was still around, but The Atomic Cafe downtown or Oki-Dog or later on, the short-lived Gorky’s were taking over, at least for a while. The 50’s revival earlier in the decade was now morphing into a Rockabilly revival and styles of hair and dress were all over the place. L.A. was becoming different – a lot of us hated it – some of us liked it – but everybody was stuck with it – because it was Los Angeles, and where else could you go?

And radio sounded different. KLOS had gone from an automated station in 1970 to KMET‘s competition. Free-Form was a thing of the past – now there were playlists and no going off into strange musical territory – it was all pretty much down-to-earth-mainstream Rock. Same with KMET. The radio stations that were new and revolutionary in the 1960s had settled in and became less personal and more predictable as the 70s rolled along. KPPC had been gone for a while, resurfacing as KROQ in it’s first incarnation early in the decade as an FM-Top 40 station with many DJ’s relocating from KHJ. It didn’t last very long before the station went broke and mostly off the air, until a transformation took place. With no money, most of the big-name disc-jockeys had jumped ship, leaving a rag-tag bunch to take over. With no big names, no money and virtually no place to go, the station did what it had done in the beginning – go free-form; bring in your own records, try and make something happen, try and be different.

And by the end of the 70s, KROQ was the go-to station to find out what was going on. Although that was about to change too, and KROQ would fall into line with the rest for the most part – there was still a glimmer of the upstart. And this one-hour slice from April 2, 1979 gives you some idea of what the station was up to at the time, and just how wide the swath of Rock had become. It also includes an in-studio appearance of The Tubes’ Fee Waybill, talking with Mike Raphone. Ironically, by the end of the year, both the disc-jockeys who were on this tape were gone and the music choice was smoothed out considerably. Yes, Corporate Rock was everywhere.

Editors Note: The above photo was shot by John Brian King, a filmmaker/photographer/writer whose highly evocative work epitomizes the soul of Los Angeles throughout the 1980s. He has a Tumbler site you need to check out. He also has a website which you need to check out – go there and see what he’s been up to, as well as getting hold of his published photo essays: http://johnbrianking.com