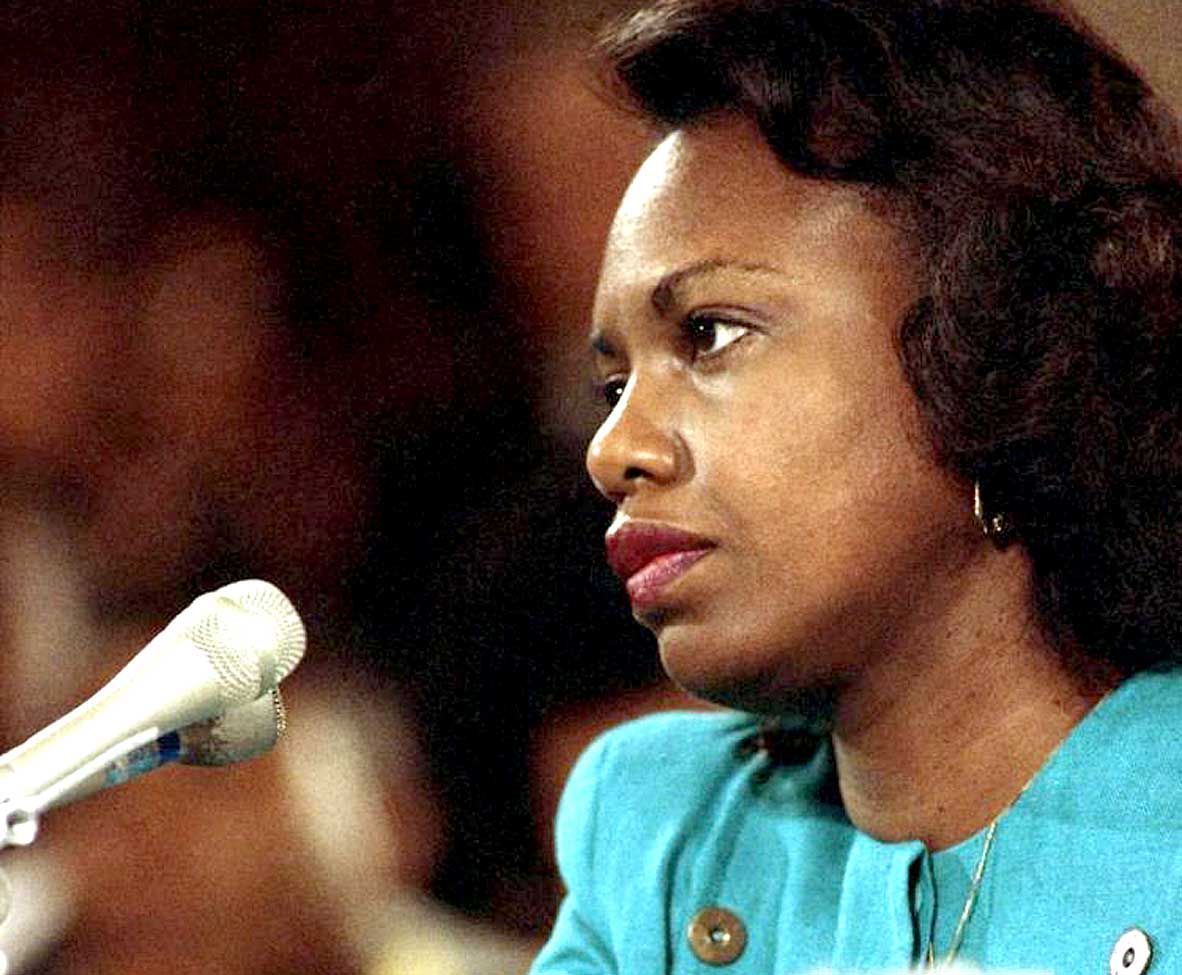 October 10, 1991 – Hill Goes To The Hill – The Ever-present Stain Of Harrassment

October 10, 1991 – and the atmosphere around Capitol Hill was going to get very thick with outrage. Days after revelations that Supreme Court nominee Clarence Thomas was accused of Sexual harassment by a former colleague, Anita Hill, what was considered a slam-dunk Supreme Court appointment by the Bush White House, was now in jeopardy. Waves of accusation and tabloid-worthy descriptions of inappropriate and prurient behavior on the part of the potential Supreme Court Justice had many scrambling, but left many with a sense of deja-vu that this “boys will be boys” scenario had been standard operating procedure throughout Washington, and indeed the workplace, for quite some time.

The news-outlets, sensing an avalanche of “juicy dish” to fill the airwaves, were falling over themselves looking for lurid details. The Senate Committee conducting the hearings were taking sides. In what was looked at as a Partisan argument over a Bush appointee, but obscured the fact that it really represented an atmosphere in the workplace familiar to many, if not most women. And how was this hearing, set to be broadcast to the nation and the world the next day, going to have a different outcome from many others before it?

It was hard to tell. But this was an issue that extended beyond the workplace – it involved decision making by the highest court in the country. And the ability to make those crucial decisions was predicated on the character involved in making those decisions. Some felt it was an “apples and oranges” issue – what a person did in their private life had no bearing on their ability to act professionally or to govern. Others felt is was critical that the character involved in the decision-making process be unimpeachable and be held to the highest standard – and that Clarence Thomas’ character and his ability to judge was in question.

And even though there was a lot of other things going on that day, that was the news on practically everyone’s mind, this October 10, 1991 – the day before the hearings began and the day battle lines were drawn. And it was reported by The CBS World News Roundup.