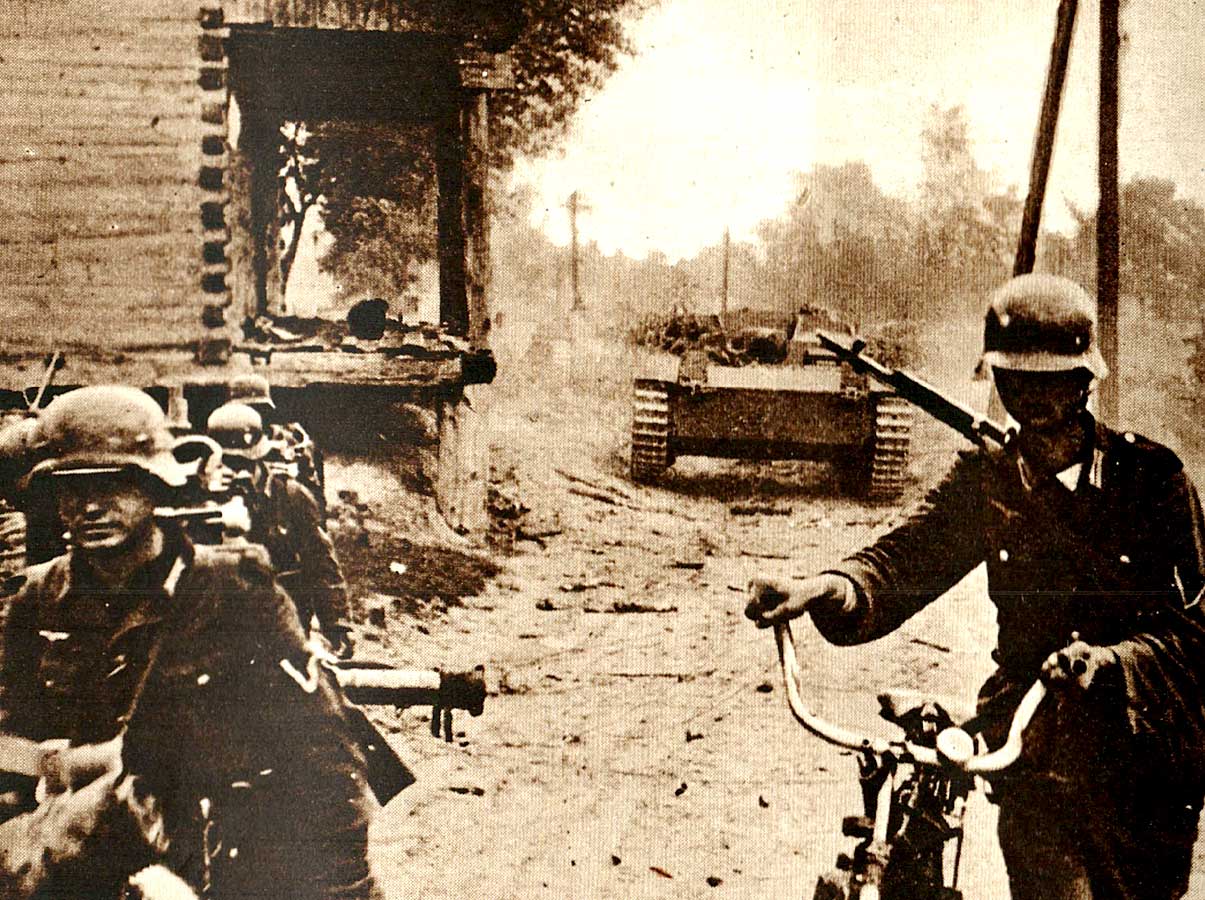 Reports of German Troops scoring huge advances towards Moscow made for grave concern.

Reports of German Troops scoring huge advances towards Moscow made for grave concern.

October 11, 1941. Word from Berlin gave breathless accounts of major German advances toward Moscow. The Russian Army was being obliterated along the Eastern Front, with Marshall Timoshenko’s Army largely wiped out, with huge losses of troops and equipment. Reports of large numbers of Russian prisoners being taken as well as capture of Russian supplies was increasing steadily along the Eastern Front. Further reports told that all Russian attempts at breaking through the German encirclements had collapsed and that the area just west of Moscow was being taken – and that Moscow was in sight, although there was no official estimate as to just how far from the Russian capitol they were, rumors from the High Command said some units were 120 miles away. Reports also said that Russian attempts at breaking out of the Leningrad area had failed and that German bombers had staged an aerial assault on Leningrad and Moscow the previous night.

Meanwhile, RAF bombers had flown raids over several German cities overnight with reports of six bombers shot down. No reports of damage from German radio, but London reported some 200 bombers took part in the raids in the Rhineland and Ruhr regions. Also targeted were ports of Rotterdam, Dunkirk, Osten and Bordeaux. American Havoc Fighter-bombers raided German airfields in Holland and German-occupied France. The planes belonged to one of the American Eagle Fighter Squadrons based in England and flying as part of the RAF, who had in action been since June.

Meanwhile, in Washington; dramatic shuffling of key figures in Washington, considered to be Brass Hats and Stuffed Shirts, in favor of utilizing brains, especially in the area of Labor and strikes affecting War effort manufacturing. One such strike looming was in the form of a tangle between the AFofL and the CIO, which closed a plant in Toldeo, Ohio which manufactured 3/4 of all the transmissions for Jeeps, Scout cars and tanks; the Mechanized Army. CIO workers would not touch parts made by AFofL workers at another plant. And that’s where the negotiating brains came in.

And another Lend-Lease bill was passed with $6 billion additional funds approved, despite a heavy threat of breaking it down and loaded the bill with Communistic and Religious provisos aimed at Russia. The Bill went over to the Senate with a 5-1 majority.

And that’s a small sample of news for this October 11, 1941 as reported by The Blue Network’s News of The World.