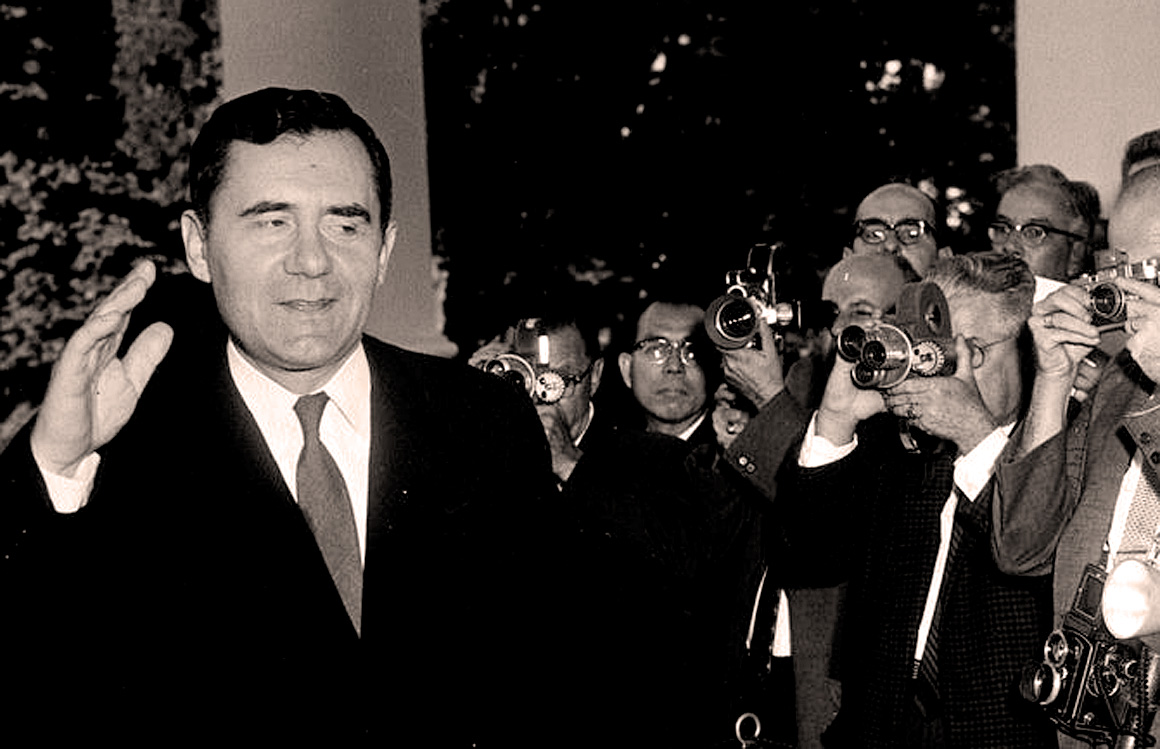 Andrei Gromyko - little did anyone realize a day later, we'd be teetering on the edge of war.

Andrei Gromyko – little did anyone realize a day later, we’d be teetering on the edge of war.

Although it was bubbling just under the surface, the soon to be the near-catastrophic Cuban Missile Crisis wasn’t on the front page of newspapers or the lead-story on newscasts on this day. It was a story waiting in the wings.

On this October 13, 1962, Soviet Foreign Minister Andrei Gromyko held a press conference to discuss some of the other Cold War issues of the day – the situation in Cuba was slowly unfolding, but Gromyko’s answers when asked aren’t specific.

It wouldn’t be until the next day that reconnaissance photos from U-2 flights over Cuba revealed what were suspected of being missile installations and that the entire scenario unfolded into a series of charges and counter-charges.

Clearly, by this opening statement given by Gromyko, relations were not at all-time high. They were, if anything, hovering around the bottom. But in true diplomatic fashion, issues were alluded to and mentioned in vague reference, without naming specifics. Acknowledging a threat of war existed, but it had existed off and on since 1946, so this latest set of saber rattlings wasn’t all that unusual. It was when the glowing threat the missile sites posed that tensions increased to the breaking point.

But this press conference is just before all that – literally two days before, what came to be known as The Missiles Of October would unfold before a nervous world’s eyes.

Unfortunately, the question and answer portion of the Press conference is missing. And because it’s a United Nations recording, there are several translations to be heard – but the entirety of the opening statement is intact.

Strange and brave times – had we known that this would be what the 60s were to be all about, things may have worked out differently. But this is a sample of the atmosphere of Cold War as it existed in the early 1960s, right at the edge of a major event of that decade. Here is that Press conference with Foreign Minister Andrei Gromyko, as it was originally given on October 13, 1963.United Nations Press Conference