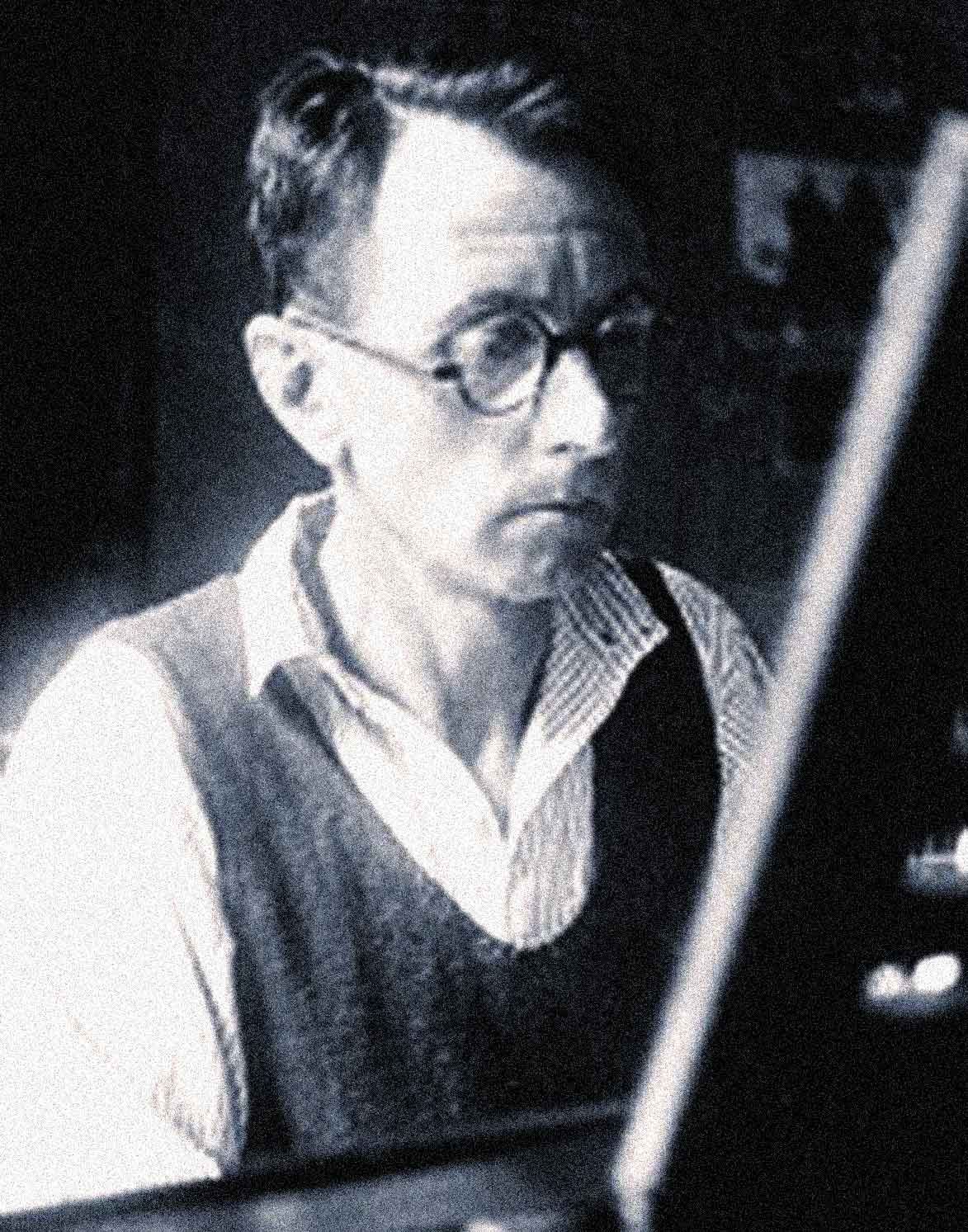 Music of Lous Durey this weekend. His Concertino for Piano and Wind ensemble as performed in what is no doubt the World premier recording, featuring pianist/composer Ina Marika (to whom Durey dedicated the piece) and members of the Paris Municipal band conducted by Désiré Dondeyne. The composition was completed in 1956 and this performance comes shortly after it was finished.

The name Louis Durey may not ring any bells, except for those who are fans of Les Six, the informal Parisian group of composers consisting of Darius Milhaud, Arthur Honegger, Germaine Talliafere, Francis Poulenc, Georges Auric and Durey. They also had, as their unofficial member, the artist and writer Jean Cocteau.

Of everyone in the group, Durey has probably fared the worst, and to many he is all but forgotten, and certainly overshadowed by the other luminaries of that legendary little society.

But that’s not to say Louis Durey was without talent – to the contrary – Durey was talented enough to get the attention of Ravel, who arranged to get his work published and he has been considered composer of the first piece of twelve-tone music in his 1914, L’Offrande Lyrique, which attracted much attention at the time.

But politics and political ideologies took him over and he composed very little after this Concertino. From the late 1950s through the 1960s, he devoted most of his time to activities within the French Communist Party.

Listening to this Concertino it is clearly evident that Louis Durey was a composer of considerable talent, and it would have been interesting to hear what he would have come up with in later years. Sadly, we won’t know because Louis Durey died in 1979, virtually unnoticed. Fortunately, there have been several recordings in recent years of his work, including this one, but not this performance.