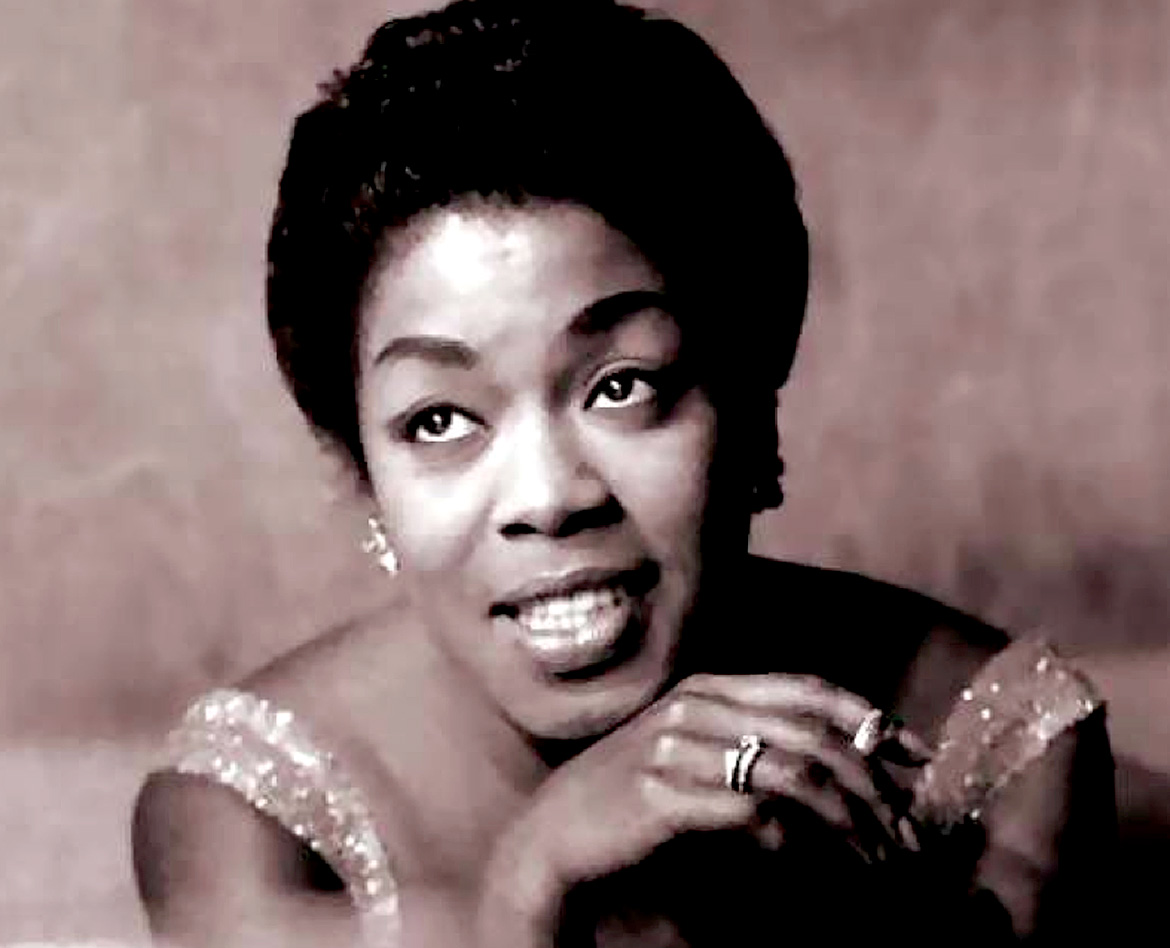 Sarah Vaughan – Sassy serves up a Cool one.

Sarah Vaughan this weekend. Sassy, The Divine One and possessor of one of the greatest singing voices in Jazz, in concert at the Antibes Jazz Festival at Juan-les-Pins, France and recorded by ORTf on July 29, 1963. It was rebroadcast just recently via France Musique and it offers further proof of the timeless quality of her voice – how it has lost none of its dazzle and magic, some 52 years after it was first heard.

Vaughan’s career didn’t happen overnight. It began in the 1930s and slowly evolved from there; singing with such luminaries as Earl “Fatha” Hines and Billy Eckstine. The Vaughan/Eckstine connection would continue well into the 1950s and be the basis for a number of best-selling albums featuring the two as a duo. But the early involvement with Billy Eckstine was via his own big band and he left Hines in 1944. Looking at the personnel, it was one of the hotbeds of future talent – and even though it was understandably short-lived, it was the springboard for a number of legendary talents, among them, Miles Davis and Sarah Vaughan.

Vaughan’s solo career began right after leaving Eckstine’s band and it blossomed from there, and what began a stellar and long-running recording legacy.

A vast library of recordings – live and studio – numerous accolades and a career that extended into the late 1980s, almost up to the time of her death in 1989. Her recordings are still being discovered, issued and reissued. It would be safe to say, she is still very much a presence among music lovers and collectors. And her influence has been far-reaching.

So, to give you a taste of what she was up to in the early 1960s, here she is, backed by Kirk Stuart, piano – Charles “Buster” Williams on bass and George Hughes on drums from their 1963 Antibes Jazz festival appearance.