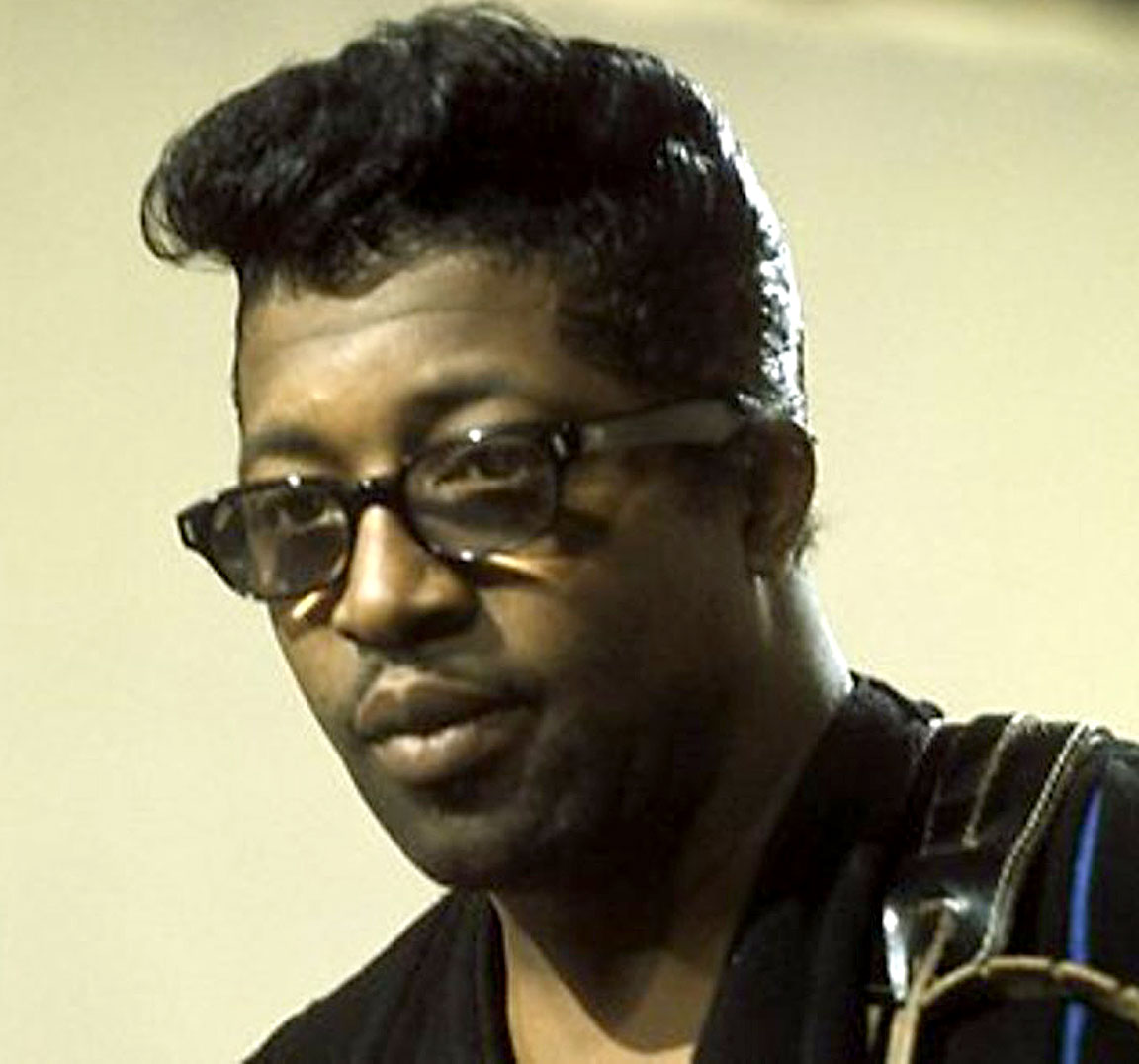 Bo Diddley - In the delivery room when Rock n' Roll was born.

Bo Diddley – In the delivery room when Rock n’ Roll was born.

The legendary Bo Diddley; one of those figures who had a hand in the birth of Rock n’Roll. I say “a hand in” because there are many figures laying claim to being its father. And looking at the history of Rock, it’s impossible to point a finger directly at any one individual and say they were solely responsible. Taking it all in, listening to all the early examples and hearing all the stories (some real, some imagined), it’s safe to say it was a movement shared by many in its inception.

But over the years, indeed decades, the history of Rock n’ Roll gets fuzzy and many important names, as well as crucial contributors, fade from view. And as we get further away from Ground Zero, people tend to forget who was responsible and who were the innovators and champions.

Bo Diddley is one figure which can’t be relegated to the fog of time – he was a crucial ingredient in the birth process, and even though its been 8 years since his death and some 60 years from the pivotal moments which got a genre rolling – or in this case, rocking and rolling, it’s imperative to know who he is and what he did.

This interview, conducted by a long-defunct radio syndication company from 1986 finds Bo Diddley talking about a lot of things and a lot of elements. It starts with a question regarding Richie Valens and weaves into the state of race relations and Popular Culture at the time – the heavily segregated atmosphere which permeated just about all aspects of American society at the time.

The interview bounces around, and it can be confusing at times – he talks about two different Ricky’s – one is Valens (whom he calls Ricky) and the other is Ricky Nelson, who had died some six months earlier in a plane crash and was the subject of rumors regarding drug use at the time. Both died as the result of plane crashes – and that’s where it gets confusing; Valens in 1959 at the high point of his career – Nelson in 1985 where his career was picking up.

But more than that, Diddley paints a picture that is often at odds with “the creative embellishments” of Pop history – and certainly the myth that America took to Rock n’ Roll instantly and it was always a hotbed of drug taking and wretched excess. Far from the truth. And this is an important interview to listen to from that aspect.

Over time, as is often the case with history – myths become facts and facts become obscure because, for whatever reason, they don’t have the cache of glamour and rebellion that youth strives to be synonymous with.

There are parts which are hard to hear; the questions, which were off-mike, are hard to make out in places. But the answers which Bo Diddley gives are clear and make no bones about his feelings about where music had been going (circa 1986).

Words from a pivotal figure in the evolution of our Popular Culture. For those of you wanting to know where this all got its start – here’s one of the people responsible.