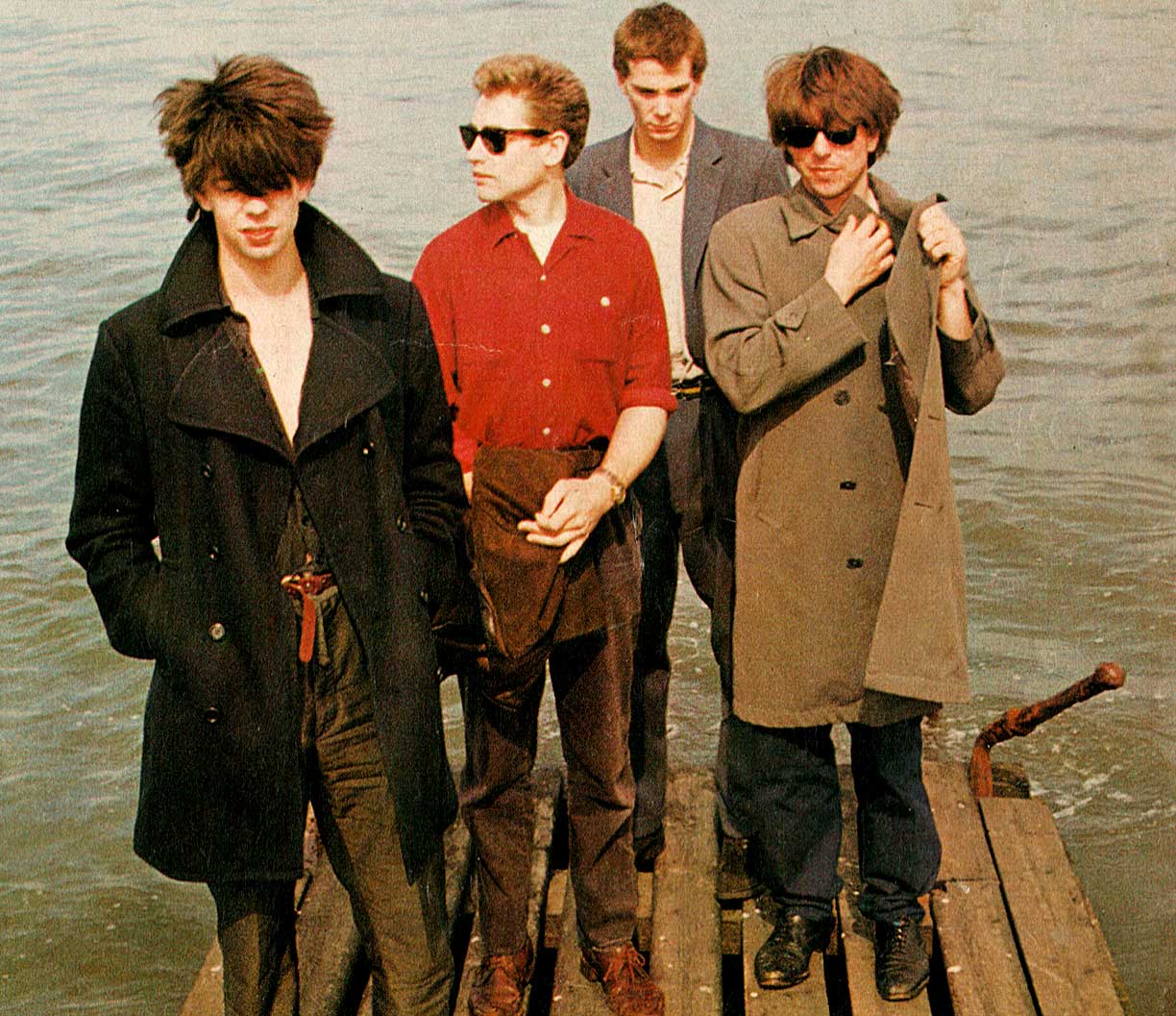 Echo & The Bunnymen tonight – their first session for John Peel at the BBC, recorded August 15, 1979 and broadcast on the 22nd of that month.

A little less than a year after forming, and four months after their debut gig, opening for The Teardrop Explodes at Eric’s Club in Liverpool they released their first single in May of 1979. And in August of that year did their first session for Peel and were introduced to a mass audience. Without a drummer, and relying on a drum machine, the band were still in the evolving stages, and it wouldn’t be until early 1980, when their debut album was released that they traded in the drum machine for an actual drummer and the sound as well as direction of the band changed.

It was at that point the fortunes of the band changed and their success extended well beyond the UK, hitting the Continent as well as the U.S.

Back to 1979, and a band finding themselves and their sound. Prior to becoming Echo & The Bunnymen, singer Ian McCulloch began his career in 1977 as one third of a band known as The Crucial Three – the other two members were Julian Cope and Pete Wylie. When Wylie left, Cope and McCulloch became known as A Shallow Madness, adding drummer Dave Pickett and organist Paul Simpson to the lineup. But things didn’t work out and McCulloch left. The remaining members continued on, changing their name to The Teardrop Explodes and the rest is history. McCulloch then formed Echo & The Bunnymen with guitarist Will Sergeant and bass player Les Pattison. Without a drummer, but only a drum machine – many thought the Drum machine was actually Echo of Echo & The Bunnymen, but it’s been disputed.

But that’s where we came in – and in May of 1979 their debut single was released and on August 15th the band were invited to their first session for John Peel.

In case you were wondering what the early incarnation of Echo & The Bunnymen were like – here’s their debut session.