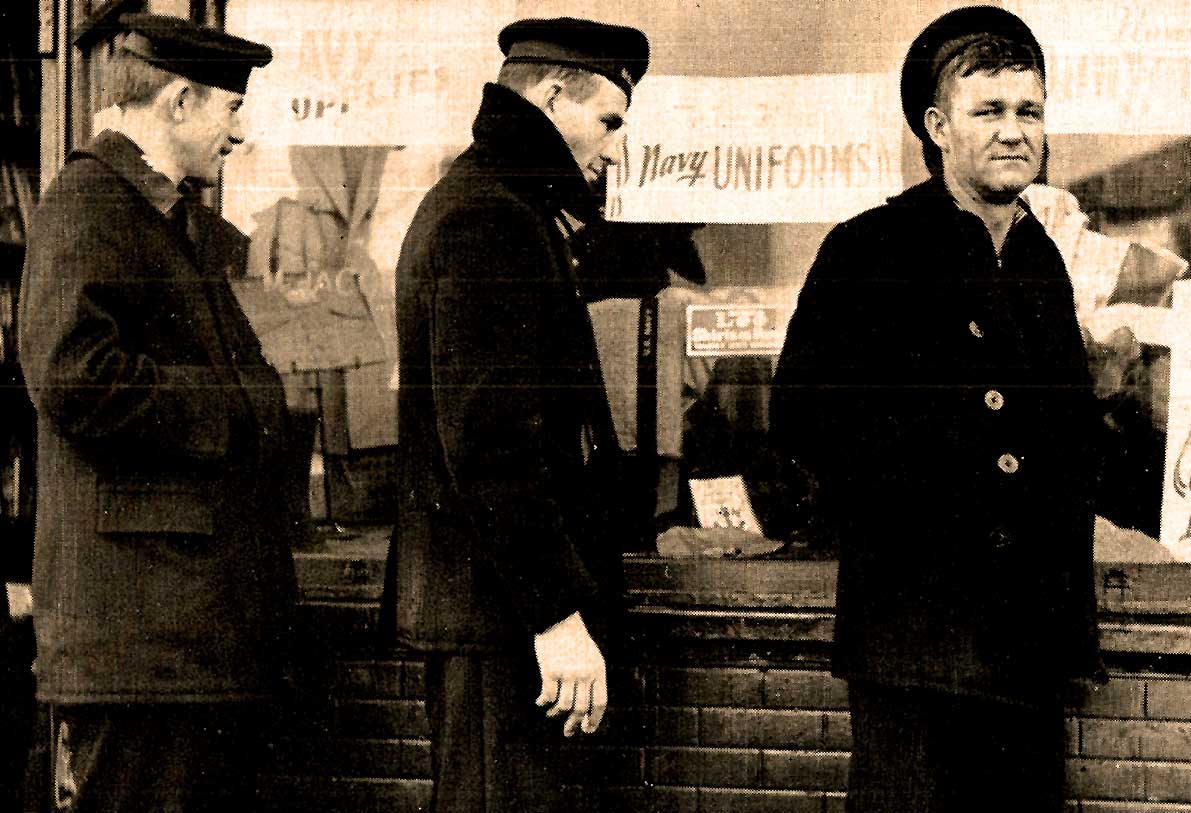 American ships were suddenly fair game in the Atlantic - and Japan had a new government to deal with.

American ships were suddenly fair game in the Atlantic – and Japan had a new government to deal with.

October 17, 1941 – With war slowly becoming a real possibility, a two-ocean crisis was developing and changes in the Japanese government made war more of an eventuality than ever.

German submarines had torpedoed the U.S. Destroyer USS Kearney, southwest of Iceland (i.e. in neutral waters) and the move challenged Washington to retaliate and atmosphere around Capitol Hill was how to move most effectively. The Navy took counter-measures in the North Atlantic as a result of the attack.

In Tokyo, hardliners had taken over the government and Washington ordered Merchant ships into port as a safety measure, while waiting to see what was going to happen next. General Tojo, head of the Japanese Army, and now Prime Minister, had just completed forming a new government and was ready to present the roster of his cabinet to the Emperor shortly. The new government included Shigenori Togo, former Ambassador to Russia and Germany to be the new Foreign Minister and overseas Minister. They were scheduled to take office within a few days. This new cabinet under Tojo was reported to be predominated by hardliners and this posed a grave problem with the United States, as Japan was solidifying its ties to Germany and this was sure to increase tension and anxiety over the real possibility of a greater War throughout the world.

Meanwhile, in Washington – the House passed a resolution with a vote of nearly 2-1 in favor of arming Merchant Ships earlier in the day. Senate leaders said they would put the measure through with an equal margin. The vote went along Party lines, with 39 Republican House members voting for arming the ships, with 113 voting against arming, thus 2/3 of Republicans voted against arming the Merchant sips. The Democrats were almost solid with the measure; 219 voted for the bill, while 21 voted against it. Despite the heavy Republican vote against the measure, the ratio of 2-1 was thoroughly satisfactory with the White House. Many went on to call for a complete repeal of the Neutrality Act and to allow American ships to sail into combat zones, although many felt that move would lead to a prolonged debate with the isolationist bloc bringing the U.S. closer to war. The lack of support by the Republicans of this new measure concerned many in Congress, as it was felt now was the time for unity against a common threat. But it was also viewed as a purely political swipe at FDR – and many lamented the fact that a serious case of national security was being compromised by Political interests.

And that was just the tip of a complicated and ominous iceberg, as it unfolded on October 17, 1941 as presented by the NBC Blue Network’s News Here And Abroad program.