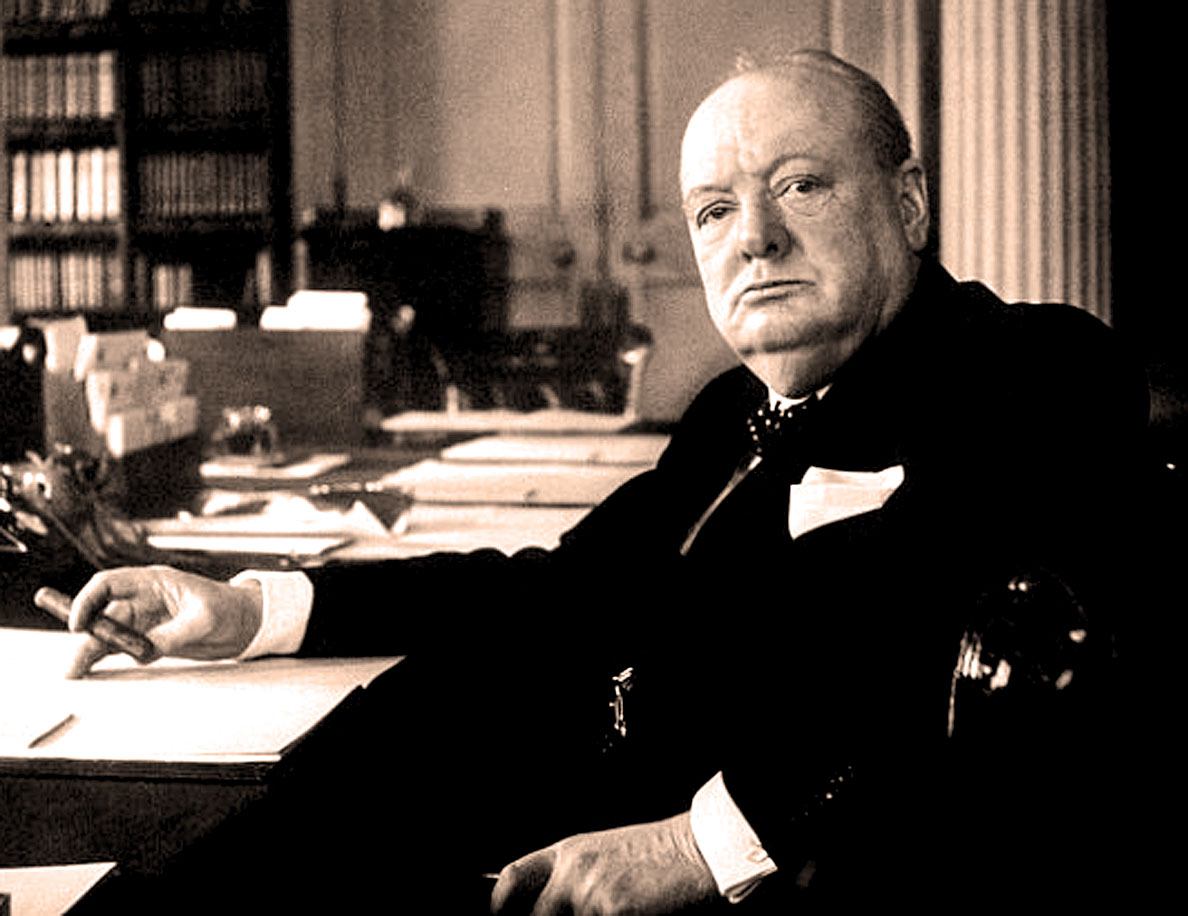 Winston Churchill - one of the few, if not the only guest of Honor at an Al Smith Dinner to have phoned it in.

Winston Churchill – one of the few, if not the only guest of Honor at an Al Smith Dinner to have phoned it in.

Winston Churchill, addressing the annual Al Smith Dinner, on October 14, 1947. This was the year there were two main speakers – former Secretary of the Navy Admiral James Forrestal and former Prime Minister Winston Churchill, who delivered his remarks via telephone from his office in London.

Far from the raucous laugh-fest the Dinners have been in recent years, the early ones were more solemn affairs of reflection on the world and the good deeds the Catholic Charities were doing in the name of Alfred E. Smith.

This was the second of what was to become a yearly event, every third Thursday of October, and it was the third year since Alfred E. Smith passed from the scene. Still, the dinners were a good way to invoke the image of Al Smith and the positive examples of giving to those in need or less fortunate. It was also an opportunity for those who knew Smith personally, the reminisce on his character and all that he had throughout his political life.

There were occasions over the decades where, for one reason or another, the otherwise non-partisan dinner became a partisan free-for-all. But for the most part, civility was the watchword – it was a time to celebrate the memory of a devoted public servant and to elaborate on the positive aspects of politics.

So here, via a telephone recording, is Winston Churchill’s address to the assembly as given on Thursday, October 16, 1947 and broadcast nationwide via CBS Radio. It’s a little hard to make out in places, due to the nature of the technology at the time. But it’s a reminder of how civility worked in the area of politics and that there was always the Bigger Picture to consider.