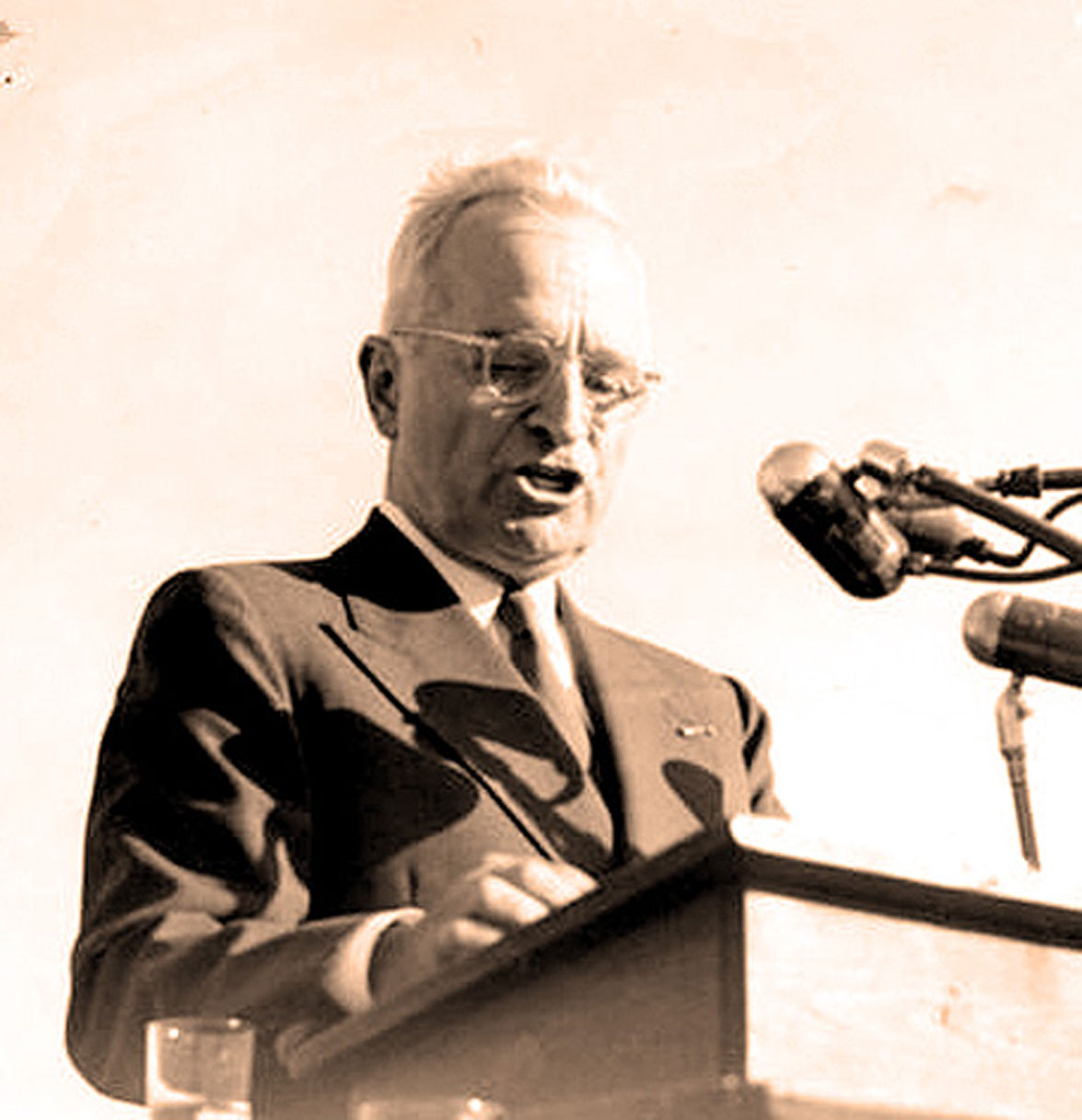 Harry Truman campaigning - and they said 1948 was the nastiest election year . . . .

Harry Truman campaigning – and they said 1948 was the nastiest election year . . . .

In what was considered one of the most bitter election years, the Presidential election of 1948 was also one of the biggest upsets in political history.

President Harry S. Truman, the incumbent had what was regarded as one of the lowest approval ratings of any President in recent memory. His defeat by Republican candidate Thomas E. Dewey was all but assured, as many felt Truman would go down to an overwhelming defeat. At 38% approval rating, high-ranking officials in the Democratic party tried to draft General Eisenhower to run, replacing Truman as Democratic Party standard bearer. But Eisenhower refused to be part of such a plan and Truman ran on a platform of Civil Rights, which became strengthened at the time of the convention, thus alienating the Southern bloc of Democrats to threaten defection and forming a third party. Making matters worse was a threatened defection of members of the Left, represented by former vice-President Henry Wallace, who ran as an independent. To many insiders, it all but sealed the fate of a Truman second term. But Truman was adamant, and two weeks after the convention introduced a resolution which would integrate the armed forces and then set out on a campaign to “speak directly to the people” – engaging in one-on-one, often setting aside notes to speak extemporaneously and with conviction.

The result was a stunning come-from-behind victory for President Truman, securing 303 Electoral votes and granting him a second term in office.

Here is one of those addresses, given in St.Paul Minnesota on October 13, 1948 – it exemplifies the personal approach which became Truman’s trademark and success in the 1948 election.

Obviously, it would be impossible to make comparisons to our current Presidential campaigns – other than the fact that nothing in an election season should ever be taken for granted.

Harry Truman was proof of that.