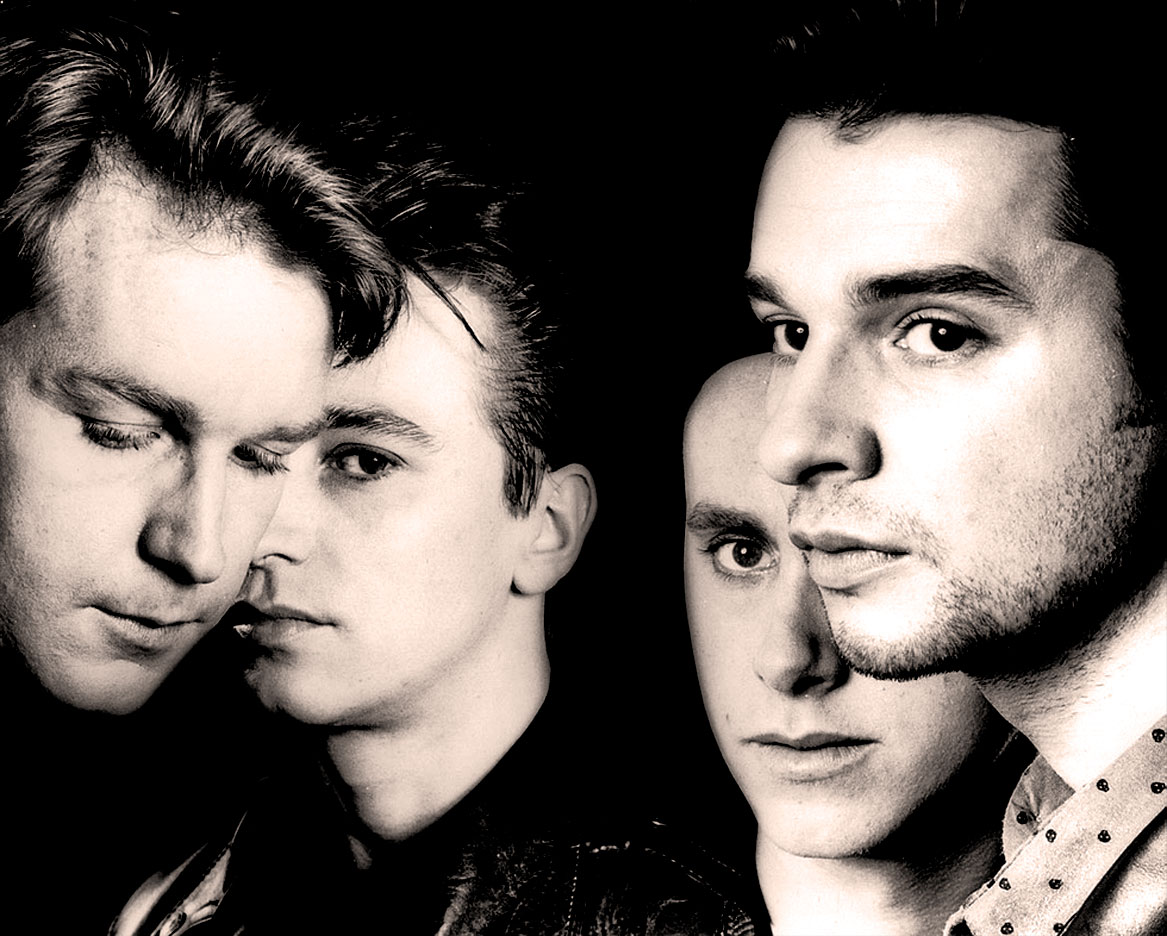 Depeche Mode in concert this weekend. With origins beginning in 1977, they were highly influenced by The Cure and later, Ultravox, and Depeche Mode, who were known as Composition Of Sound had adopted the stance of a New Wave band. But it was first hearing OMD and later, Human League that the band started evolving into a heavily electronic sound- and it was this turn of events that established Depeche Mode as one of the leading electronic-based bands of the 1980s, which dominated the charts and achieved an even larger mainstream audience in the process. Composition of Sound gave way to Depeche Mode, a name arrived at by a French fashion magazine, and it was the start of a whole new deal.

During their halcyon days, Depeche Mode sold over 100 million albums worldwide and were included in the list 50 Bands That Changed The World as well as reaching 98 on MTV’s 100 greatest Artists of all time.

Right place – right time. And in 1984, they were in the midst of making huge inroads all over the world, including the first-ever Western band to play behind the Iron Curtain. Depeche Mode were big in the U.S. but for different reasons than they were big in Europe. In America they were considered Goth, which was a genre gaining popularity at the time via underground FM radio stations. Because their music was dark in tone and moody in execution. It was completely different from how they were perceived in Europe; who largely regarded them as teen idols who regularly appeared on the cover of teen magazines. But the Goth reference took hold, as the band’s material from 1985 onwards took a darker and more pessimistic tone.

So as a reminder of the early phase of Depeche Mode, before the massive worldwide success and the style change, here is a concert, given at the Hammersmith Odeon on November 2, 1984 – recorded by BBC Radio 1 for their In Concert series.