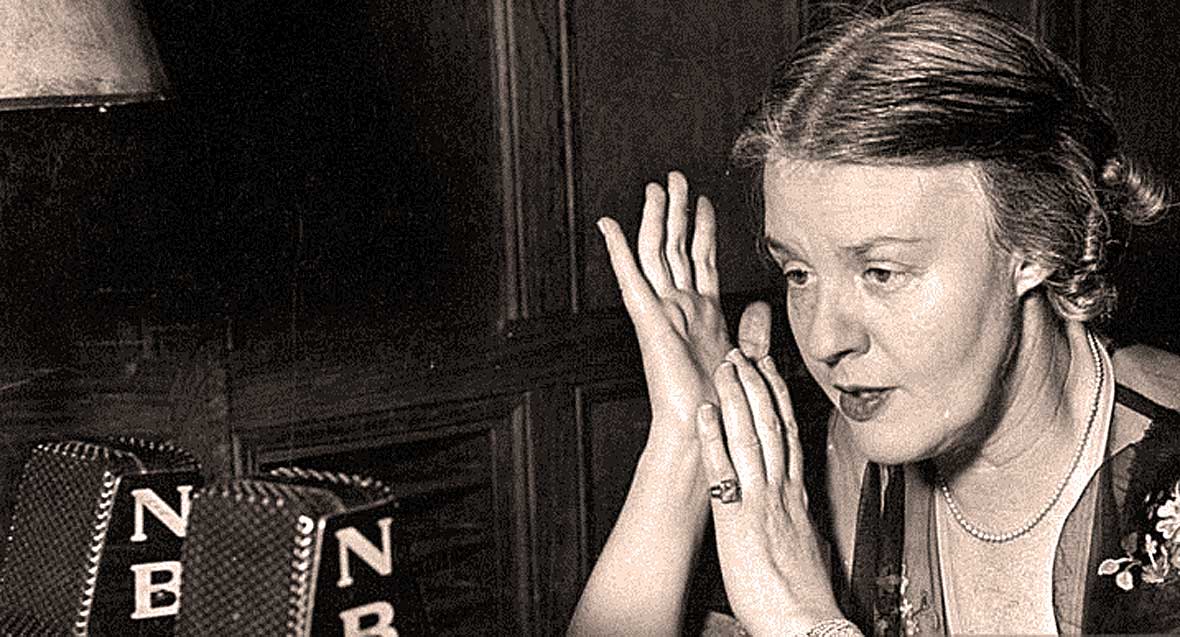 Dorothy Thompson was one of the most respected journalists working in Radio as well as print in the 1930s. She was second (only to Eleanor Roosevelt) as Most Trusted Woman In America.

Among her many firsts was First American Journalist to be expelled from Nazi Germany in 1934. She was also first among a handful of Women commentators working in Radio in 1930s.

In 1944 she was a vocal supporter of Franklin D. Roosevelt, and in this radio broadcast talk, given 9 days before the election, Thompson runs down a list of accomplishments and reasons to vote for FDR, rather than Thomas E. Dewey, his opponent.

In retrospect, it’s a far cry from journalism today, that Thompson not only covered some of the most important stories of the 1930s and 40s, but that she did it in a primarily male-dominated media and established herself as an excellent journalist and potent newsperson.

It’s interesting, listening to her address where she discusses the short-comings of the GOP, how the previous candidate, Wendell Willkie was abandoned by his party and largely forgotten about after the 1940 election. But the overall civility of the address makes it compelling listening for both sides of the political spectrum.

Thompson was also a prolific writer, with some 18 books to her credit. She was also married to Nobel Prize winner Sinclair Lewis. In the 1930s her newspaper column for the New York Tribune and was read by over 10 million readers and syndicated throughout the U.S. – when she went on Radio in 1936, continuing her success with audiences, and she was a much in-demand speaker during the Crises in Europe which led up to World War 2.

This address comes right before the election – since it’s from a fragile and badly damaged disc, it can be hard to hear in places. but the overall tone and conviction and the winning personality of Dorothy Thompson gives some idea of her popularity during those tumultuous years.

Here is that complete radio address as it was given on October 29, 1944