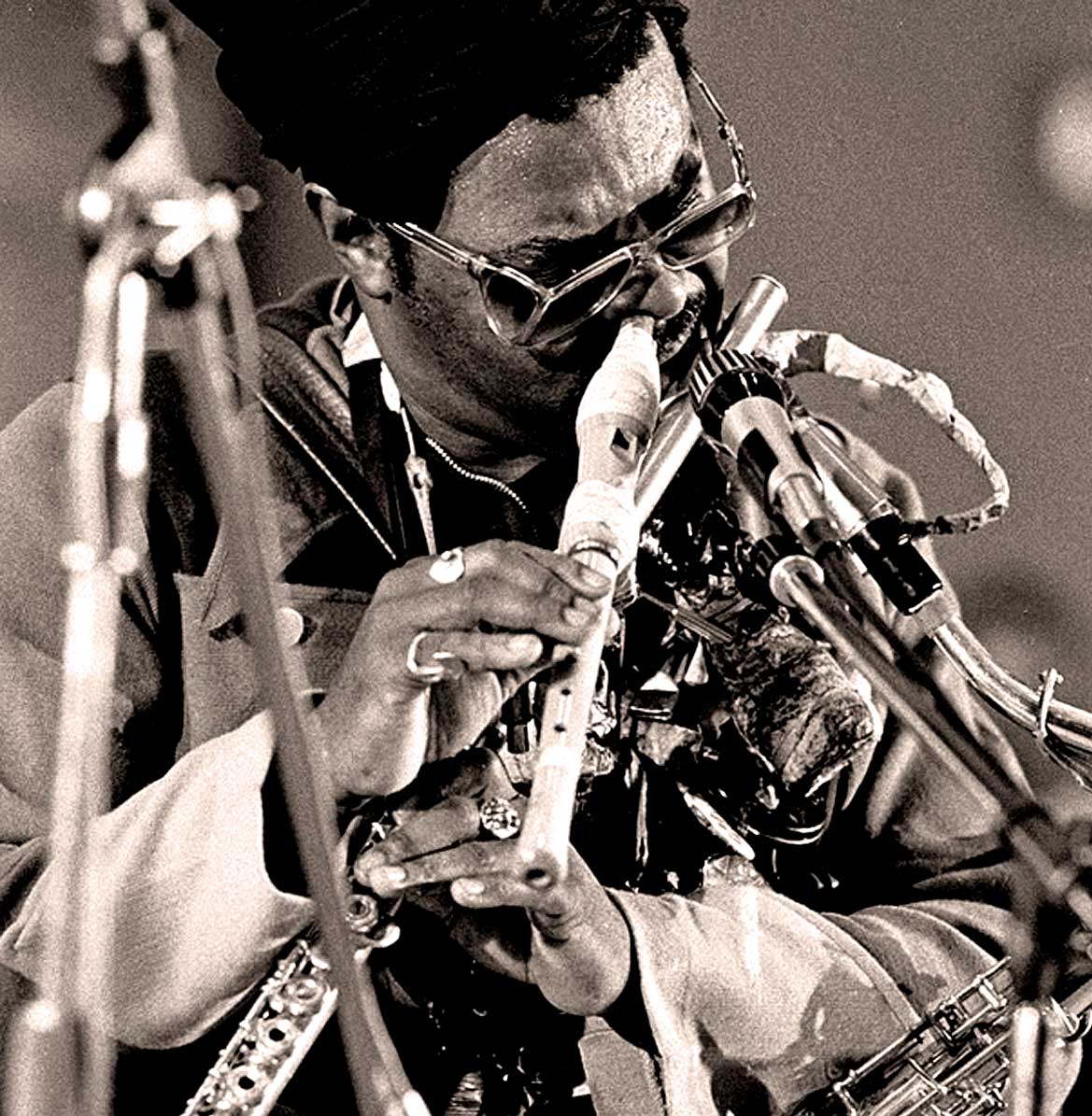 The Inimitable Rahsaan Roland Kirk this weekend. Truly one of the unique figures in Music and certainly in the world of Jazz. An astonishing musician, made all the more incredible by his uncanny ability to concentrate on several instruments at once. His control of breath had many in the audience wondering just how he was doing it. He had a certain Houdini air about his playing – magical and unassuming, all at the same time.

Compounding the fact that he was blind makes it all the more astonishing. Which just goes to show you that, sometimes handicaps may not be handicaps after all, but infinite opportunities masked in seeming drawbacks. Would you call Rahsaan Roland Kirk superhuman? Maybe not – but he certainly was an extraordinary human being with incredible abilities, and that he made music with the intensity and beauty that he did, certainly accounts for the other-worldly gift he gave the audience. Maybe not superhuman but a human being taking advantage of all the possibilities and turning them into accomplishments and strengths.

I remember first hearing him on record, and it was possible that it could have been the clever use of multi-tracking; that was a big thing in the early days of stereo. But seeing him live and watching just how he made it happen was jaw-dropping – and realizing he wasn’t doing it as a flashy bit of showmanship or a gimmick, but rather a dedicated desire to achieve a certain sound and that it was impossible for him to see us, slack-jawed and stunned, but to realize he was charting new and amazing musical territory, and without a whole lot of effort; That was the part that got me.

I ran another concert from this tour a few years ago, a stop in Warsaw in the fall of 1967. This one comes from Prague via Czech Radio – and the sound is excellent.

Listen to the notes and picture the guy in the photo above doing it live and on stage. You’ll get an idea how amazing he was.