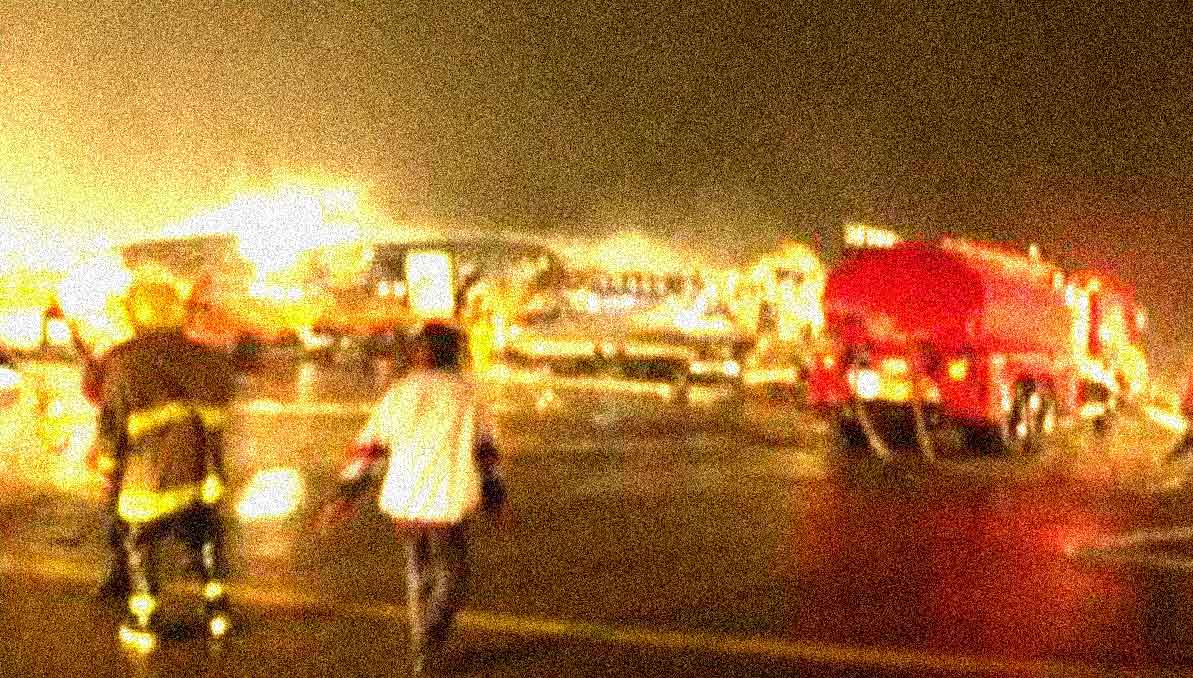 Singapore Airlines flight 006 - the pilot felt a bump and then, chaos.

Singapore Airlines flight 006 – the pilot felt a bump and then, chaos.

October 31, 2000. In what was determined to be the third deadliest aircrash on Taiwanese soil, Singapore Airlines flight 006 crashed on takeoff, killing some 83 out of 179 passengers and seriously injuring 39. Taking off in bad weather, with reduced visibility, the plane inadvertently taxied down a partially closed runway at Taipei Airport, hitting construction equipment on takeoff and forcing the pilot to abort. The result was the 747 skidded, broke apart and exploded from full fuel tanks.

A combination of pilot error, bad weather and the lack of ground radar which would have allowed controllers to monitor if a plane was on a wrong runway were contributors to the accident. Of the 83 dead, 20 were Americans and the rest were Singaporeans, Taiwanese, British, Canadian and Indian. The flight was on its way from Taipei to Los Angeles.

And there was other news – A week to go before Election day – with both candidates campaigning heavily in Western states considered to be up for grabs. Bush campaigned in California while Gore campaigned in Oregon. Both were concerned about losing votes to third party candidate Ralph Nader. After Oregon, Gore was heading to California for a short stop before heading to Florida, which was regarded as the biggest battleground state of the campaign.

American troops stationed in Saudi Arabia and Kuwait were put on the highest state of alert after receiving a credible terrorist threat.

And comedian, composer and TV pioneer Steve Allen had died. The original host of The Tonight Show, Allen died at his son’s home in Encino, California of a massive heart attack. Allen, who was 78 wrote more than 4,000 songs and some 40 books in his celebrated career. He is considered by many to have been the originator of what we have come to know as the Late Night TV Talk Show format.

And that’s a small slice of what went on, this October 31, 2000 as presented by The CBS World News Roundup; Late Edition

Steve Allen – not your average comedian.