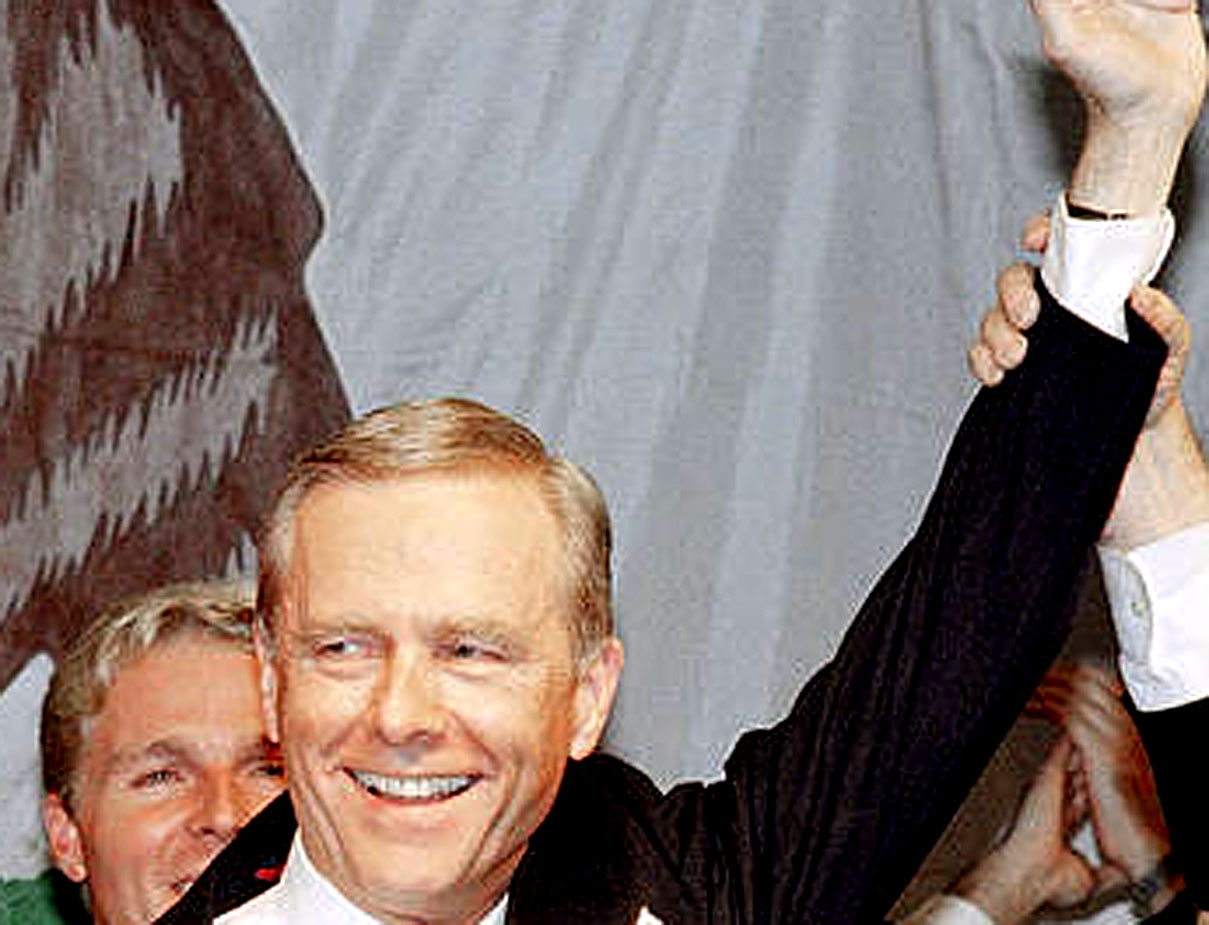 Election 1990 – Pete Wilson of California – the new Governor, after hours of guessing.

November 7, 1990 – it was the morning after the election and a dismal 35% turnout in what was described as the lowest for anoff-year election in history. Not much had changed, although the Democrats picked up one more seat in the Senate and a handful more in the house. The biggest races were for Governor, where one of the nastiest races took place in Texas between Ann Richards and Clayton Williams. It was a dead heat until election day, when a sudden upturn of undecideds handed Richards her victory, despite being outspent by Williams several times over. It was the second time a Woman went to the Governors mansion in Texas. Democrats also captured GOP-held State houses in Rhode Island, Oklahoma, New Mexico, Kansas and Florida. Republicans picked up democratic-held Governors seats in, Massachusetts, Ohio and Vermont. In Connecticut, Lowell Wycker was elected governor as an Independent. The race for Governor in California was so tight that Republican Pete Wilson could only speculate about winning, as he faced followers at midnight. The first projection of a Wilson victory over democrat Diane Feinstein came around 2 in the morning. The big loser in California was Big Green, the sweeping Environmental initiative. In Colorado, voters approved a 12-year limit on Congressional terms, but the courts were expected to reverse it. In California, both term-limitation initiatives lost, as did a five cent a drink tax on Beer, Wine and Spirits. In Alaska, voters re-criminalized Marijuana possession, although that too was expected to wind up in the courts as a Constitutional Privacy issue. And Democrats made strong gains in State Legislative races, to strengthen their hand in re-districting.

And as of this broadcast, the Governors race in Arizona, Michigan and Minnesota remained too close to call.

And that’s just a sample of what was going on, this morning after an off-year election in 1990, as reported by The CBS World News Roundup.