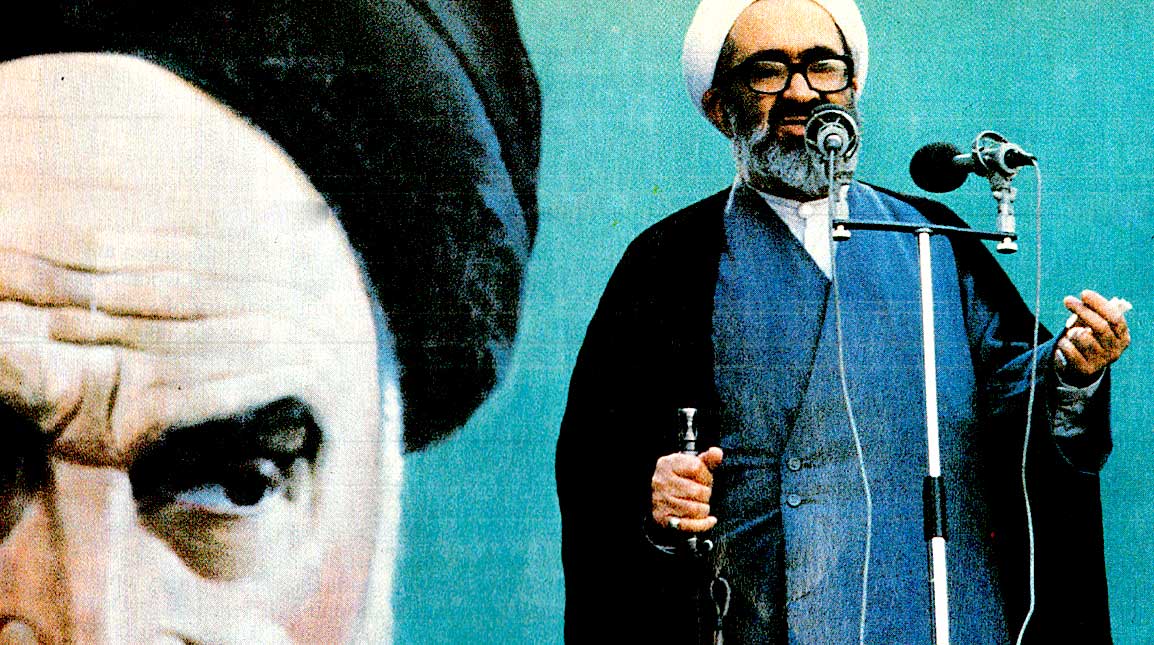 Second in command Ayatollah Montazeri (under the watchful gaze of Khomeini) - A scandal, quickly unfolding.

Second in command Ayatollah Montazeri (under the watchful gaze of Khomeini) – A scandal, quickly unfolding.

November 14, 1986 – while the world reacted to the White House‘ further sanctions against Syria and the government of Hafaz Assad for fostering terrorism. The Reagan Administration tightened the screws on the Assad government, taking additional measured steps against Syria because of what it called “serious unacceptable and continued support of International terrorism“. Those steps included expanding export controls on security items; all aircraft, their spare parts and technical information. Also announced was an end to Syria’s participation in the export-import bank. The White House also said that, U.S. Oil Companies doing business in Syria were to be told their role was inappropriate and would be urged to get out. Syria was on the U.S. list of countries that sponsored terrorism since 1979, and these new steps were in addition to sanctions already imposed, restricting the export of military goods and technology.

But another scandal was quickly unfolding – the illegal sale of arms to Iran, who was in the midst of fighting a long, drawn-out war with Iraq, with the hopes of securing release of U.S. Hostages held in Tehran and, in turn funding the Contra guerrillas fighting in Nicaragua.

It was a scandal that was just coming to light. First discovered and reported on November 3rd, the ramifications and repercussions were only beginning as of November 14. It would be a scandal which would only escalate in the coming months. For this day however, President Reagan defended secret arms shipments to Iran, the day after first revealing them. Speaking to a meeting of Philanthropists in Washington, President Reagan predicted that the American people would back his efforts to improve relations with Iran and, as he put it; “rejoice that it has resulted in the freeing of some of our fellow citizens”. He again insisted that the arms shipments did not constitute ransom for the hostages. However, Americas allies weren’t so sure. In London, British Foreign Secretary Sir Geoffrey Howe spoke to the Parliament, saying in his view, such actions only allowed more, not less hostage taking. On Capitol Hill, protests over the move were growing. It was just the start.