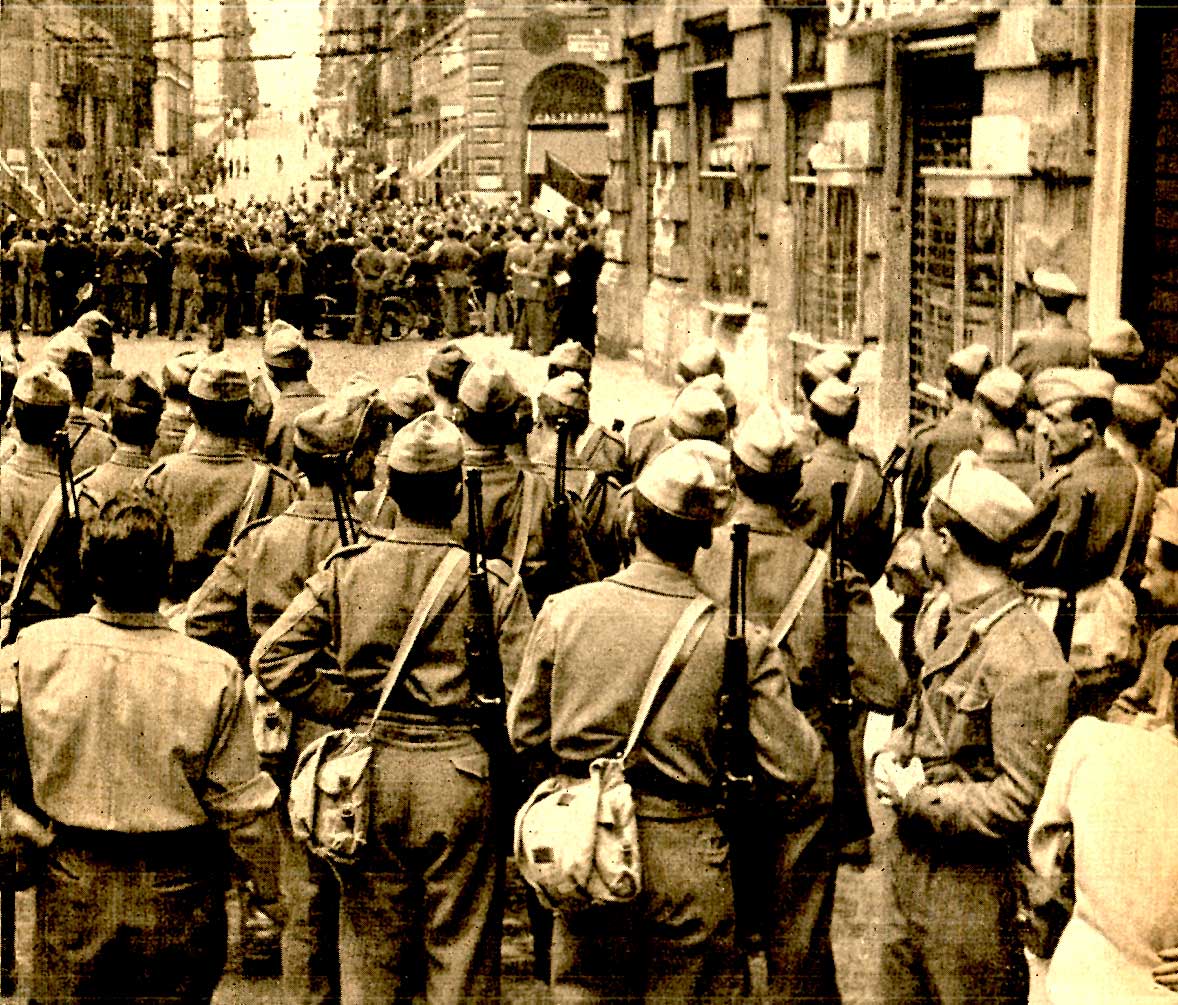 November 15, 1947 – An approaching Winter and a time of much discontent. The slow rebuilding of Europe was complicated by mass flooding which wiped out crops and added a severe food shortage to the already massive list of woes in postwar Europe. Rome and Paris were seeing a spike in Communist party activities; recruiting disgruntled the angry, displaced, homeless and hungry, and taking that discontent to the streets where widespread disturbances caused many to fear a Communist takeover of Europe was imminent.

President Truman went before a special session of Congress addressed the issues, and was expected to seek authority to help other nations fight inflation, and at the same time make a suggestion for halting the rising cost of living at home. That cost took another rise on the wholesale level – prices in the previous few days went almost as high as during the post-war peak set in September. As an example – in Chicago, all livestock prices have been broken; up one cent a pound from the previous all-time high set in 1946.

In all probability, Congress would be called on by at least one labor group to force action to take prices down, according to the recent convention of United Auto Workers in Atlantic City. A resolution was overwhelmingly passed by the Union membership to demand Congress take charge of the price situation and reduce the current figure by 12%.

Henry Ford II said he personally did not know how prices could be lowered by a general 12% reduction. Ford also estimated that it wouldn’t be until around 1949 that the average American could walk into a car dealership, buy and get delivery of a new car, on-the-spot, as was the practice in pre-war years.

There was also talk about cutting taxes on low-incomes, stretching the work-week into more hours and perhaps restore some controls. But the big issue among members of Congress was the matter of aid to Europe as a first priority. And grumblings of sanctions and trade-embargoes was being heard, especially from Republican Harold Stassen, who suggested an embargo on shipment of any hard tools and electrical equipment to Russia until a definite agreement had been reached with the Soviets on the rebuilding of Europe.

Meanwhile, The Friendship Train, at 104 cars long, was rolling eastward across the U.S., gathering food donations for Europe from people along the way.

And that’s a small slice of what went on in the world, this November 15, 1947 as reported by NBC Radio’s News Of The World.