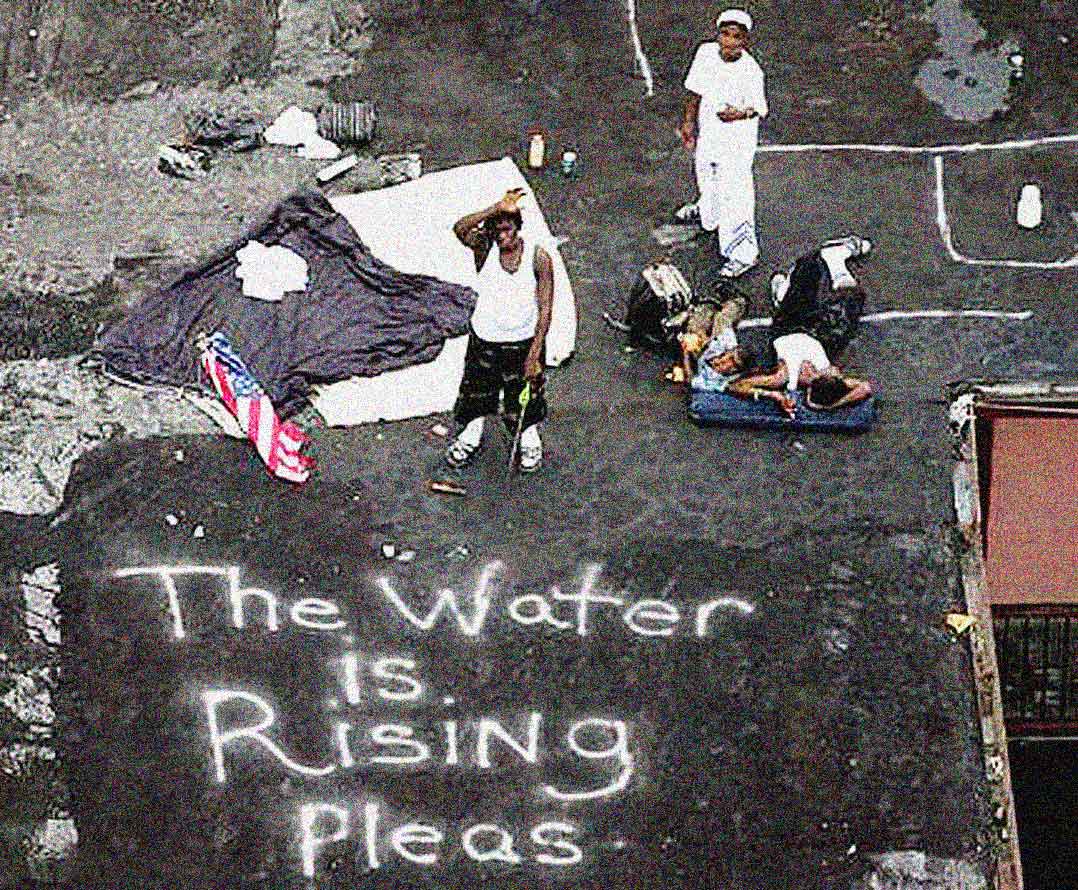 Katrina: Every hour the news got worse.

Katrina: Every hour the news got worse.

August 29, 2005 Hurricane Katrina made land and New Orleans has never been the same. Initially, reports put the eye of the Hurricane away from New Orleans as was previously thought and that maybe New Orleans had dodged a bullet. But time proved otherwise and the story grew more horrific as the hours ticked by.When the storm made landfall, it had a Category 3 rating on the Saffir-Simpson Hurricane Scale–it brought sustained winds of 100–140 miles per hour–and stretched some 400 miles across.While the storm itself did a great deal of damage, its aftermath was catastrophic. Levee breaches led to massive flooding, and many people charged that the federal government was slow to meet the needs of the people affected by the storm. Hundreds of thousands of people in Louisiana, Mississippi and Alabama were displaced from their homes, and experts estimate that Katrina caused more than $100 billion in damage.New Orleans was at particular risk. Though about half the city actually lies above sea level, its average elevation is about six feet below sea level–and it is completely surrounded by water. Over the course of the 20th century, the Army Corps of Engineers had built a system of levees and seawalls to keep the city from flooding. The levees along the Mississippi River were strong and sturdy, but the ones built to hold back Lake Pontchartrain, Lake Borgne and the waterlogged swamps and marshes to the city’s east and west were much less reliable.Before the storm, officials worried that surge could overtop some levees and cause short-term flooding, but no one predicted levees might collapse below their designed height. Neighborhoods that sat below sea level, many of which housed the city’s poorest and most vulnerable people, were at great risk of flooding.The day before Katrina hit, New Orleans Mayor Ray Nagin issued the city’s first-ever mandatory evacuation order. He also declared that the Superdome, a stadium located on relatively high ground near downtown, would serve as a “shelter of last resort” for people who could not leave the city. (For example, some 112,000 of New Orleans’ nearly 500,000 people did not have access to a car.) By nightfall, almost 80 percent of the city’s population had evacuated. Some 10,000 had sought shelter in the Superdome, while tens of thousands of others chose to wait out the storm at home.By the time Hurricane Katrina struck New Orleans early in the morning on Monday, August 29, it had already been raining heavily for hours. When the storm surge (as high as 9 meters in some places) arrived, it overwhelmed many of the city’s unstable levees and drainage canals. Water seeped through the soil underneath some levees and swept others away altogether.By 9 a.m., low-lying places like St. Bernard Parish and the Ninth Ward were under so much water that people had to scramble to attics and rooftops for safety. Eventually, nearly 80 percent of the city was under some quantity of water.As a reminder of how it initially went down, here are two sets of reports; one from WJBO in Baton Rouge at around one in the morning, a few hours before the Hurricane hit. The second are reports starting with a Morning report from KSL in Salt Lake City via ABC News and continuing into the afternoon after the Hurricane made land.A horrendous day for those who lived through it – a reminder of how it all went down.