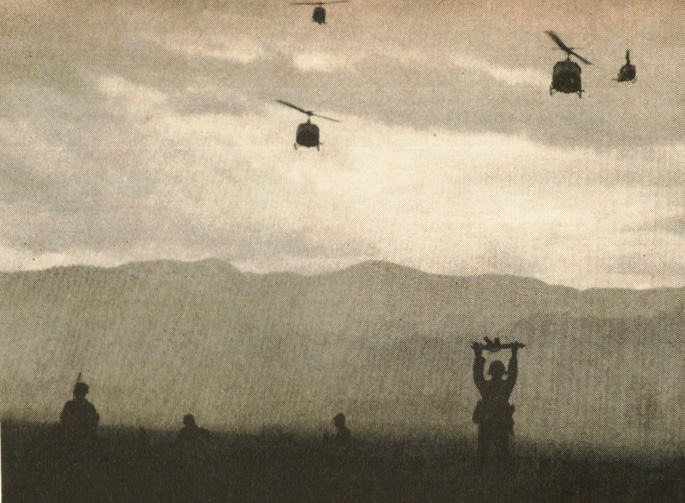 And the war of irony continues.

September 23, 1967 – Vietnam: Saving It By Destroying It – Sniper Fire In Aurora – Fighting Over Mao.

And the war of ironies continued.

Subscribers can get this download for free: Become a Patron!

Waking up to the news this morning in 1967 had much to do with the endless war of attrition in Vietnam. The ongoing battle, mounting casualties and airstrikes near the Marine outpost at Con Thien. The theory being to destroy everything around the outpost in order to save it. And word that Russia would be supplying arms and artillery to North Vietnam free of charge became yet another unsettling bag of surprises in this already muddled and confusing war. On Capitol Hill, Senators were continuing to speak out against the on-going war, including Republican Senator Charles Percy who told an audience at a GOP fundraiser in Sacramento that the U.S. should spend its money on domestic issues, rather than continue funding an out-of-control war.

But there were other things going on in the world.  The strike by NABET of ABC was being joined by AFTRA and the promise of on-air gaffes was assured as management took over duties of talent and technicians.

Sniper fire broke out during a peaceful Civil Rights march in Aurora, Illinois. Racially motivated fights broke out in a high school in Maywood Illinois. And Michigan Governor George Romney was roundly heckled by blacks in San Francisco while he toured a depressed part of the city. The Civil Rights Movement dragged on.

Fighting outside Hong Kong between followers and opponents of Mao Tse-Tung escalated, as did warnings to travelers arriving in the city.

The Middle East was on the agenda again, as Israeli Security forces rounded up a number of suspected terrorists, sent to Israel from Syria.

Hurricane Beulah left a calling card on Texas with much of Corpus Christi under water and a scramble of evacuations in other coastal communities.

The strike at Ford by Auto Workers in Detroit was showing no signs of letting up with a 5-hour negotiating session ending with Ford refusing to yield not so much as an inch to the Union.