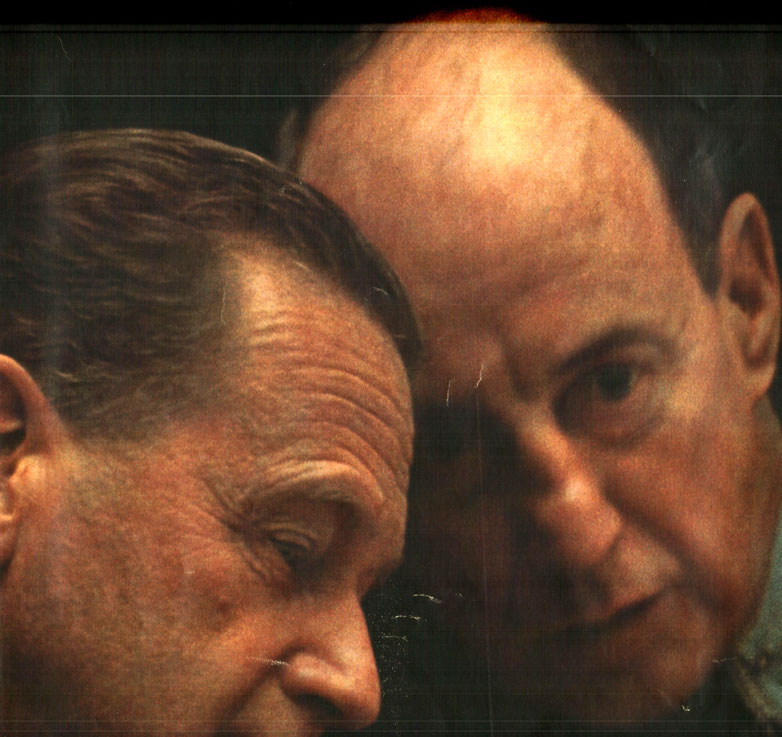 One miscalculated word and it would have been the abyss.

One miscalculated word and it would have been the abyss.

As the Cuban Missile Crisis reached the second day, ominous signs were apparent everywhere. Orders were issued, a blockade was to be enforced, protests were lodged, reserves were called up. The threat of war inched closer. And everyone sat and listened and waited and felt generally helpless as this situation continued to spiral out of control.

The parts they don’t talk about during these news reports, is the general fear and almost-panic atmosphere that was taking place all around the country, and in fact all over the world. There was a palpable anxiety that we were going to be involved in, at the very least a confrontation leading to a shooting war. And at the very worst, a nuclear holocaust. Supermarket shelves were being picked clean of anything to sustain what was ahead. Schools practiced drop-drills. Newspapers ran “what to do in case of nuclear attack“. And we all waited.

And while we were waiting, the news reports hung on every nuance, every word, every proclamation coming from the White House, The Kremlin, The United Nations. And we continued waiting.

So here is re-cap of that day as it was presented on the evening of October 23rd, 1962. A summary of events and more anxiety by the end of the report. Not a lot of sleep that night. Not a lot of optimism. As with all history-as-it’s-happening, with The Cuban Missile Crisis had no idea at the time how this would work out, or even if it would work out. We can listen to this broadcast now with a certain nonchalance that the crisis would pass and our flirtation with the End of Days was all about nothing. But at the time, at the moment, we didn’t know that – our existence was being tested – and it was terrifying.