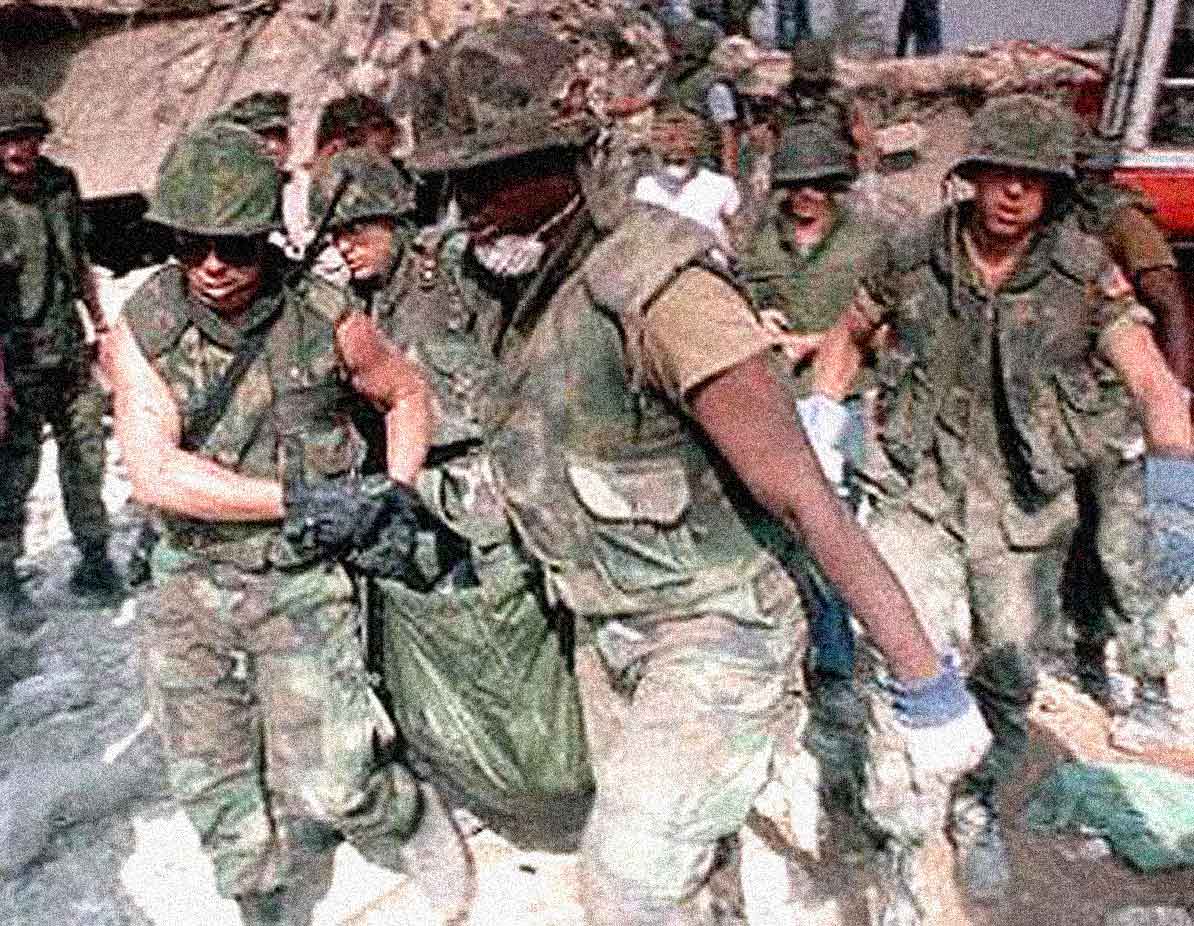 Beirut Marine Barracks bombing - realization that this was a new kind of war.

Beirut Marine Barracks bombing – realization that this was a new kind of war.

October 24, 1983 – The aftermath of the bombing of Marine Barracks and a French Army Command Post in Beirut, Lebanon was still unfolding. The number of casualties was still mounting, the rescue of survivors as well as retrieving the dead was continuing and questions were being raised over whether it was time to withdraw U.S. Marines from Lebanon. Bad enough the attack came in the middle of the night, when most of the Marines were asleep and not wearing dogtags, but that the identification of the dead couldn’t be made, and so parents and loved ones wouldn’t be notified for some time, just adding to the anxiety sweeping over the country. Calls were made for retaliatory measures, but President Reagan, at a Press Conference, was emphatic that there would be no widening of the conflict as it would make an already unstable situation in the Middle East explosive.

With the tentative number of U.S. dead at 183 and some 75 wounded, with over 50 not being accounted for, and the number of French Army dead was tentatively put at 40 dead and an equal number wounded, both Democrats and Republicans on Capitol Hill asked that the situation not be made into a political issue. Senate Majority Leader Howard Baker told the press his mouth would remain shut for the time being. Meanwhile, reports of rescues of Marines buried in rubble brought anxious sighs of relief from everyone. Senate Minority leader Thomas P. “Tip” O’Neil pledged bi-partisan support for President Reagan’s policy.

President Reagan held an impromptu news conference, reiterating some talking points made earlier in the day and his confirmed commitment not to remove troops but to strengthen resolve to fight this sort of terrorism which had swept through the Middle-East.

And that’s a small slice of news happening this day, overshadowed by the unfolding events in Beirut as reported by CBS Radio News.