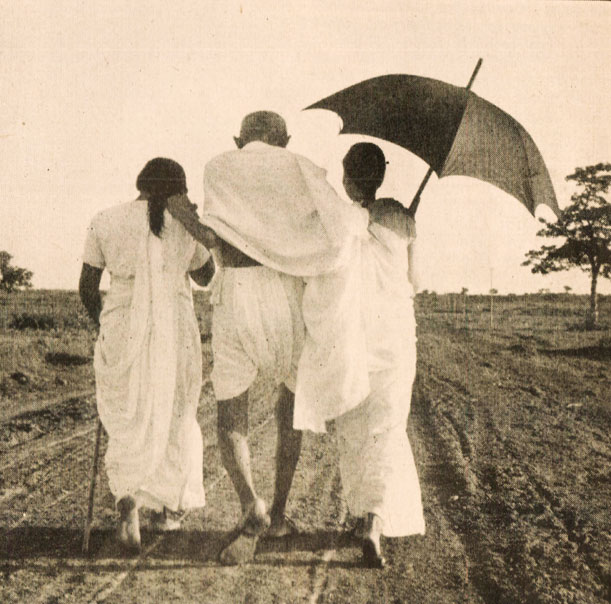 Four bullets from a thickly set man dressed in Khaki.

Four bullets from a thickly set man dressed in Khaki.

Further evidence that some events which take place in history are not necessarily considered devastating at the time they occurred. This one, for example – the assassination of India’s spiritual leader Mohandas Gandhi on this day, January 30, 1948, was considered in U.S. media as just another event in a post-War world going through upheaval, during a day when a lot of other news was going on which was deemed more important after the initial bulletin.

News of the assassination of Gandhi also took a while to spread. Media just wasn’t as instant as it is now. And the sketchy reports that came in, even by eye-witnesses, were later contradicted as the story unfolded. One report, broadcast on the later News Of The World; Night Special, via a BBC correspondent, said four bullets were fired and the person wrestling the assailant to the ground was an American who had come for evening meditation. A later report said three bullets were fired and the assailant was wrestled to the ground by the Indian Air-Force Sergeant. Little details, certainly. But enough to cause a conspiracy theorists field day.

But the sad fact was, India’s leader was dead. Later, Jawahrlal Nehru would deliver a statement saying, in effect, that India’s light had gone out, and the future was uncertain.

But other news, that took precedence this day had a lot to do with the Winter Olympics, the goings-on in Capitol Hill and the Japanese premier of Gilbert and Sullivan‘s Operetta/spoof on Japanese Royalty, to a luke-warm reception.