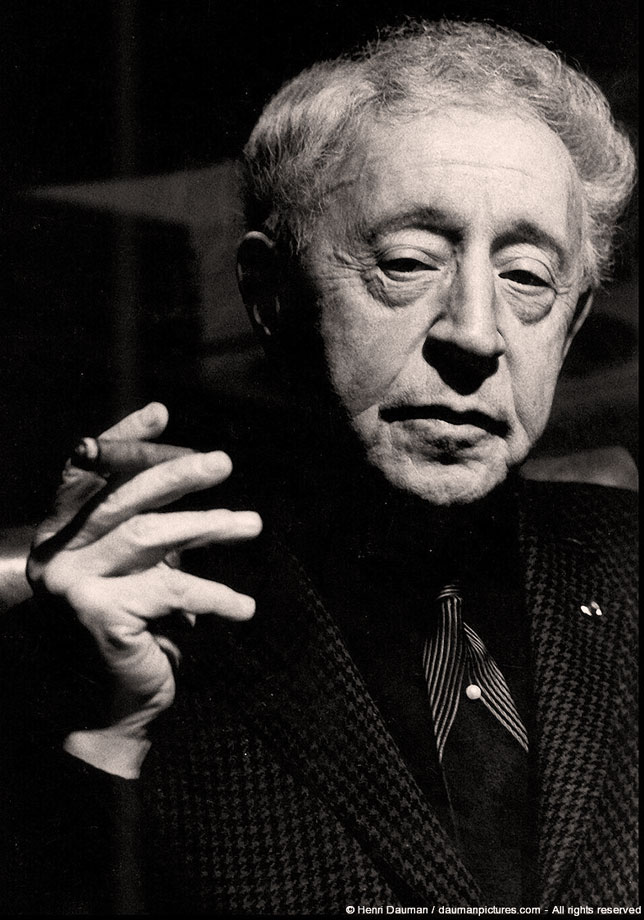 Over to Geneva Switzerland for a historic concert by Orchestre de la Suisse Romande, conducted by their Music Director of many years Ernest Ansermet and featuring the legendary Artur Rubinstein, piano in a concert recorded April 27, 1960. It was rebroadcast as part of the ongoing RTS Espace 2 radio series Fauteuil d’Orchestre, which runs historic concerts every week (hint-hint: check them out).

Rubinstein made his New York debut at Carnegie Hall in 1906, and thereafter toured the United States, Austria, Italy, and Russia. According to his own testimony and that of his son in François Reichenbach’s film L’Amour de la vie (1969), he was not well received in the United States. By 1908, Rubinstein, destitute and desperate, hounded by creditors, and threatened with being evicted from his Berlin hotel room, made a failed attempt to hang himself. Subsequently, he said that he felt “reborn” and endowed with an unconditional love of life. In 1912, he made his London debut, and found a musical home there in the Edith Grove, Chelsea, musical salon of Paul and Muriel Draper, in company with Kochanski, Igor Stravinsky, Jacques Thibaud, Pablo Casals, Pierre Monteux and others.

During World War I, Rubinstein stayed in London, giving recitals and accompanying the violinist Eugène Ysaÿe. In 1916 and 1917, he made his first tours in Spain and South America where he was wildly acclaimed. It was during those tours that he developed a lifelong enthusiasm for the music of Enrique Granados, Isaac Albéniz, Manuel de Falla, and Heitor Villa-Lobos. He was the dedicatee of Manuel de Falla’s Fantasía Bética, Villa-Lobos’s Rudepoêma and Stravinsky’s Trois mouvements de Petrouchka.

In 1934, the pianist, who stated he neglected his technique in his early years, relying instead on natural talent, withdrew from concert life for several months of intensive study and practice.

Rubinstein toured the United States again in 1937, his career becoming centered there during the World War II years when he lived in Brentwood, California. He became a naturalized US citizen in 1946.

During his time in California, Rubinstein provided the piano soundtrack for several films, including Song of Love with Katharine Hepburn. He appeared, as himself, in the films Carnegie Hall and Of Men and Music.

Although best known as a recitalist and concerto soloist, Rubinstein was also considered an outstanding chamber musician, partnering with such luminaries as Henryk Szeryng, Jascha Heifetz, Pablo Casals, Gregor Piatigorsky and the Guarneri Quartet. Rubinstein recorded much of the core piano repertoire, particularly that of the Romantic composers. At the time of his death, The New York Times in describing him wrote, “Chopin was his specialty … it was [as] a Chopinist that he was considered by many without peer.” With the exception of the Études, he recorded most of the works of Chopin. In 1964, at the height of the Cold War, he gave a legendary concert in Moscow, with a pure Chopin program. He was one of the earliest champions of Spanish and South American composers, as well as French composers of the early 20th century (such as Debussy and Ravel). In addition, Rubinstein promoted the music of his compatriot Karol Szymanowski. Rubinstein, in conversation with Alexander Scriabin, named Brahms as his favorite composer, a response that enraged Scriabin.

This concert is pretty straightforward – beginning (on the top player) with the Overture to Egmont by Beethoven. Rubinstein joins the orchestra in a performance of the Brahms 1st Piano Concerto. And in the second half (on the bottom player), the concert concludes with deFalla’s Nights In The Gardens Of Spain.

Something that definitely works around Rush Hour.