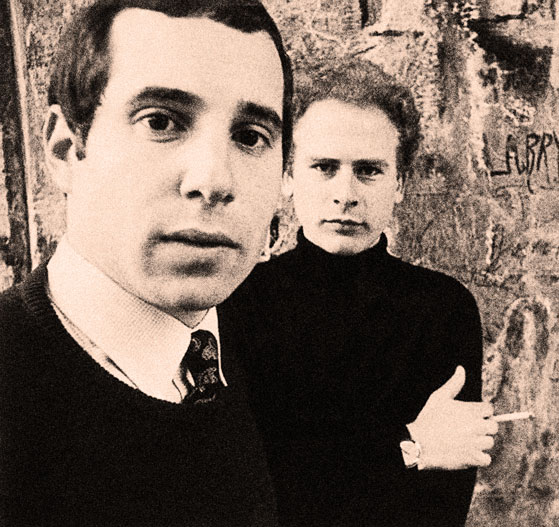 A classic concert to start the week off – this time from Simon & Garfunkel in a rare performance at the Amsterdam Concertgebouw, recorded by VPRO on May 2, 1970.

With all of these classic concerts surfacing lately,  you’d think someone finally got around to opening up the closet door, the one that’s been nailed shut the past 30 years, and having all these undiscovered tapes fall out.

Whatever the case, it’s pretty amazing because we’re getting the opportunity to hear some legendary acts (and some highly obscure, but no less important artists) that have been long-thought-lost or destroyed.

The duo’s often rocky relationship led to artistic disagreements and their breakup in 1970. Their final studio album, Bridge over Troubled Water, was released that year and became their most successful, becoming one of the world’s best-selling albums. After their breakup, Simon released a number of acclaimed albums, including 1986’s Graceland. Garfunkel released solo hits such as “All I Know” and briefly pursued an acting career, with leading roles in two Mike Nichols films, Catch-22 and Carnal Knowledge, and in Nicolas Roeg’s 1980 Bad Timing. The duo have reunited several times, most famously in 1981 for “The Concert in Central Park”, which attracted more than 500,000 people, one of the largest concert attendances in history.

Simon & Garfunkel won 10 Grammy Awards and were inducted into the Rock and Roll Hall of Fame in 1990. Bridge over Troubled Water is ranked at number 51 on Rolling Stone’s 500 Greatest Albums of All Time. Richie Unterberger described them as “the most successful folk-rock duo of the 1960s” and one of the most popular artists from the decade. They are among the best-selling music artists, having sold more than 100 million records.

I’m not sure what the story is with this concert, but the fact that it exists is amazing in and of itself.

And needless to say, the audience is ecstatic. No big production, no fanfare. Just Simon & Garfunkel and the occasional piano, ending up with a lovely acoustic version of Bridge Over Troubled Water.

It really doesn’t get too much better than that.

Enjoy the coming week – somebody has to.