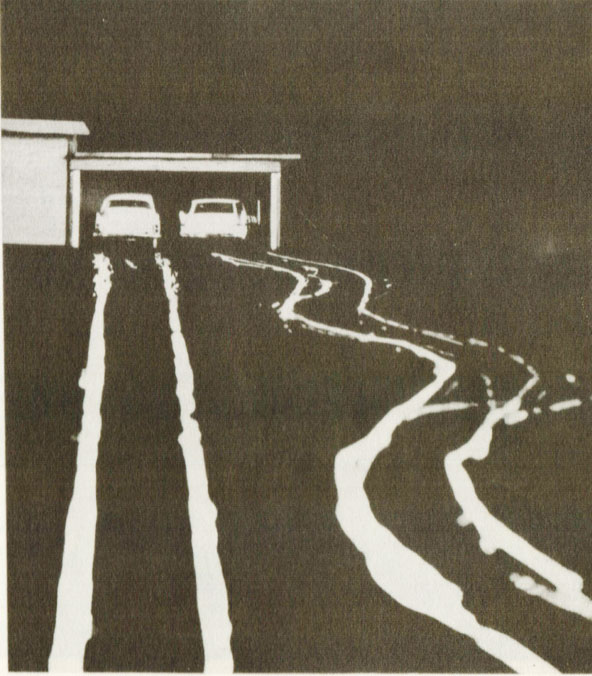 Seems we were melting down in the 1950s.

Living On The Edge: 1956 – Past Daily Reference Room

Living: Seems we were melting down in the 1950s.

By 1956 it would be pretty safe to say America was headed well into nervous breakdown territory. Everything was on the rise – divorce, alcohol abuse, prescription medications, fear, paranoia and irrevocable change.

And it wasn’t being coped with, other than via escape. And those issues were many. We had the Red Scare, The Bomb, Changing social mores, changing race relations, changing musical tastes – everything about American society was coming into question, from political allegiances to sexuality. The simple art of living was becoming complicated.

So of course we were a mess.

As one commentator put it – “We now possess veto power over the existence of the Human race.”

No small accomplishment and no idle boast. But within that horrifying possibility came the detachment, the disconnect by many from others in society and the fear that no one, not even relatives, could be trusted.

So in 1956, and continuing off and on for the remainder of the decade, media tried for answers, some assurances we weren’t all headed to emotional hell in a fear-ridden basket.

One such program looking for answers was the series The Great Challenge, hosted by Howard k. Smith and airing over the CBS Radio Network throughout the 1950s.

This particular episode; “Individual relationships in a mass society”, sought to bring to light just what was going on with us mentally. Were we in fact losing it?

According to the panel, which included Dr. Erich Fromme and writer Lionel Trilling, we were heading into some strange, uncharted territory. Were we all doomed? Not completely likely. But it was pondered that, if in 1945 Adolf Hitler had the Hydrogen Bomb as we did in 1956, it would be a safe bet to say Humanity would not be walking the streets anywhere.

Sobering thoughts – and potentially paralyzing all at the same time.

Here is The Great Challenge: Individual Relationships In A Mass Society – Hosted by Howard K. Smith and first aired on April 22, 1956.