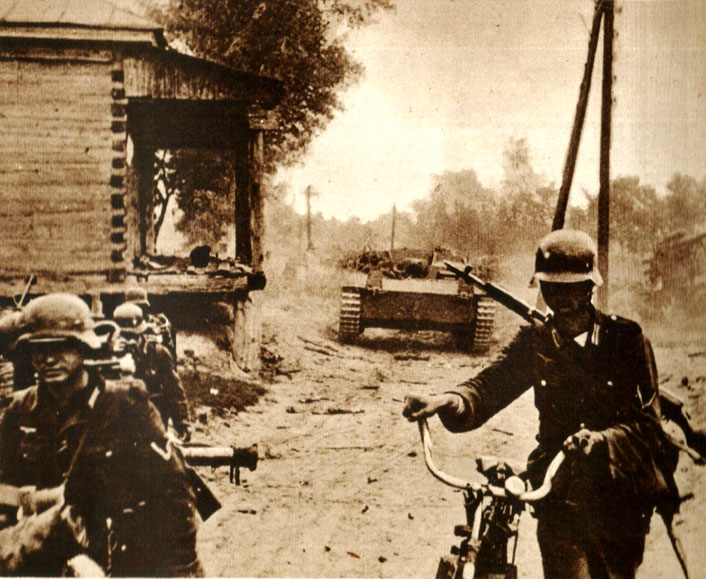 Advances not without high tolls.

The view from Russia: Advances not without high tolls.

We can use the support: Become a Patron!

News for this October 8th in 1941 had much to do with events taking place in Eastern Europe. The German push into Russia and the fierce fighting taking place all up and down the Eastern Front. Both sides were claiming gains, while claiming the other sustained heavy losses. The big worry for Germany was the Russian Winter, as the first snow was observed just outside Moscow.

Meanwhile, German raids over England the night before were considered “light” with “little damage” reported. Concerns were being mounted over Turkey’s trade agreement with Germany, even though Turkey had a trade agreement going with England in effect until January 1943. Turkey claimed the German agreement was “for the future”.

Talk in the House of Commons in Britain over an “all planes for Russia” week, where all aircraft manufactured would be sent to the Eastern front to aid the Russian effort. The talk was criticized, as it seemed impractical to earmark all manufactured planes, since so many were needed for the war effort in Britain. There was also talk of The House of Commons wasting precious time taking up the subject of exempting members of The Oxford Group from military service. The matter in question had to do with 11 members of the group who wanted military exemptions on religious grounds. The controversy spilled over to the U.S., where the group had a number of members also concerned of future call-ups for the Draft into Military Service. The outcome in London was eagerly anticipated.

The subject of huge profits reaped by Defense contractors was the subject of debate on Capitol Hill. It prompted at least one Senator to call for a flat 7% profit to be gained by any company doing war-work for the government. At the time, companies were reporting profit margins of up to 240%. Who said defense wasn’t good for business?

All that, on a very busy news day for October 8, 1941, as reported by the NBC Blue Network.