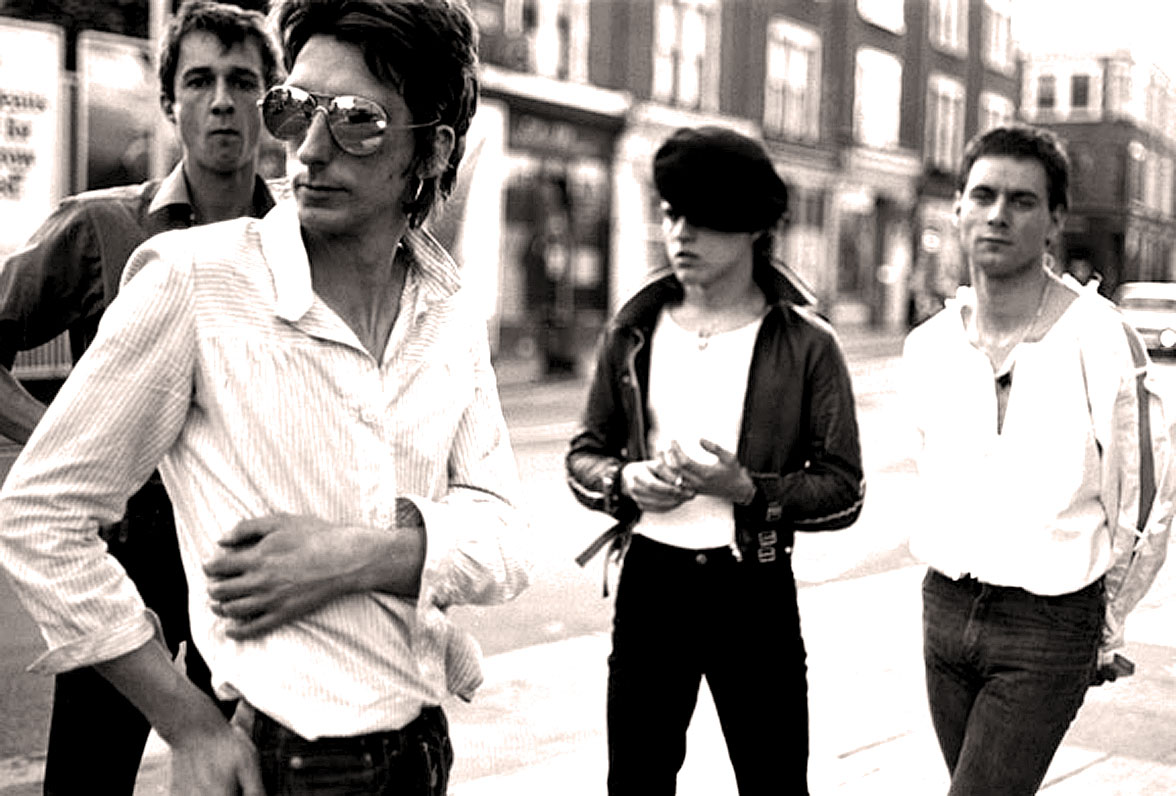 Wire this week, in concert for WDR in Germany as part of their Rockpalast series, recorded on February 14, 1979. Considered one of the pivotal bands during the transition from Punk to Post-punk, They originally got their start in 1976. In that short period of time they became a key element in the early evolution of Punk. But as time wore on, their sound began to get more complex, more experimental. And even though they pioneered the post-Punk movement – they were universally hailed by the Press as one of the more original bands to come out of the Summer of ’76.

Wire’s influence has outshone their comparatively modest record sales. In the 1980s and 1990s, Big Black, Minutemen, and Sonic Youth all expressed a fondness for the group. Minutemen bassist Mike Watt described their influence as key saying of Pink Flag “I don’t know what we would have sounded like if we didn’t hear it.”

Wire were influential on American hardcore punk. Fans included Ian MacKaye of Minor Threat and Henry Rollins, formerly of Black Flag. Minor Threat covered “12XU” for the Flex Your Head compilation, as did Boss Hog on their I Dig You EP. Rollins, as Henrietta Collins & The Wife-Beating Childhaters, covered “Ex Lion Tamer” on the EP Drive by Shooting. Michael Azerrad reported, in the book Our Band Could Be Your Life, that at Minor Threat’s second gig, each of the seven bands on the roster performed a version of a Wire song. Big Black covered Wire’s “Heartbeat” twice, once as a studio version that was released as a single (also included on The Rich Man’s Eight Track Tape compilation) and also as a live version, featuring Bruce Gilbert and Graham Lewis, included on the VHS version of the live album Pigpile.

Add to that their futuristic approach, and Wire became one of the most influential bands of the later 70s and early 1980s.

This concert, recorded in front of a somewhat non-plussed audience, is typical of the intense makeup of the band, and the evolution which was taking place in Punk at the time. It is also significant in just how much Punk wasn’t welcomed with open arms in the late 1970s in some quarters.

Wire continue to make contributions to the world of Music – they are, and have been for decades, one of the truly innovative bands to come along – and one of the main reasons Punk was a major stepping off point for many bands during that significant period in Music history.

Enjoy – crank it up and get lost in the notes.