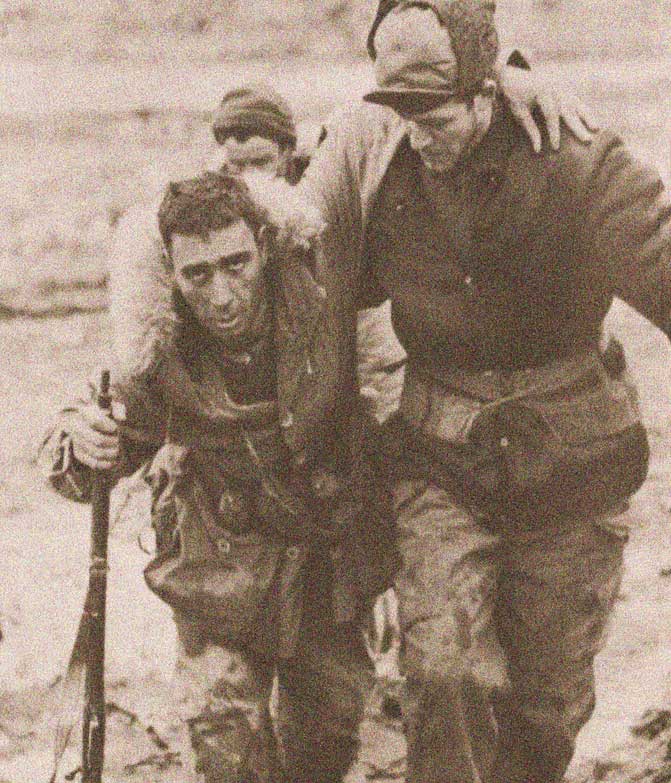 War in Korea: No they didn't.

War In Korea: No they didn’t.

October 15, 1951 – A busy news day. A war in Korea and from Capitol Hill, a call for discussions and a workable solution with the Russians. The looming specter of the Atomic bomb always at the forefront. Meanwhile, President Truman also urged passage of a Universal Military Training law, saying it was imperative we maintain strong, well equipped military.

The War in Korea was grinding on, with UN troops capturing some 29 hills, advancing 5 miles and within striking distance of the North Korean military base at Kansong, some 30 miles north of the 38th Parallel. In the meantime, negotiators from both sides of the conflict were slated to meet to discuss terms in Armistice talks, attempting to iron out hurdles.

Over in the Middle East, the crisis between Iran and Great Britain continued, with Iranian President Mossadegh, addressing the UN Security Council that it had no power to intervene in the British-Iranian oil dispute, calling it a strictly “internal matter” and that they would continue negotiations with Britain on condition of two points – that Britain compensate Iran for the oil company and the matter of selling oil to the British. He did add that he turned down a Russian offer to form a new Russian-Iranian Oil company, even though this oil crisis and the shutting down of a major oil refinery in Abadan had caused hardships for the Iranian people.

In Egypt, Parliament voted overwhelmingly to cancel a treaty that permitted British troops to be stationed in the Suez Canal zone. They also voted unamiously to cancel joint management with Britain of the Sudan, with Egypt being the sole custodian of the area. Britain said no – they’ll stay put for the time being and they’ll also stay in the Sudan. The U.S. chimed in, offering a proposal to set up a Middle East Command, consisting of forces from the U.S., Britain and France, Turkey and Egypt to oversee the Suez and the Sudan.

It was election season in Britain and Winston Churchill was busily campaigning, saying it was one of the biggest decisions to make in history, claiming the Labor Government, in power the past 6 years had been abusing its relationship with the U.S.

All that, and a lot more as reported by Edward R. Murrow and The News over CBS Radio for October 15, 1951.