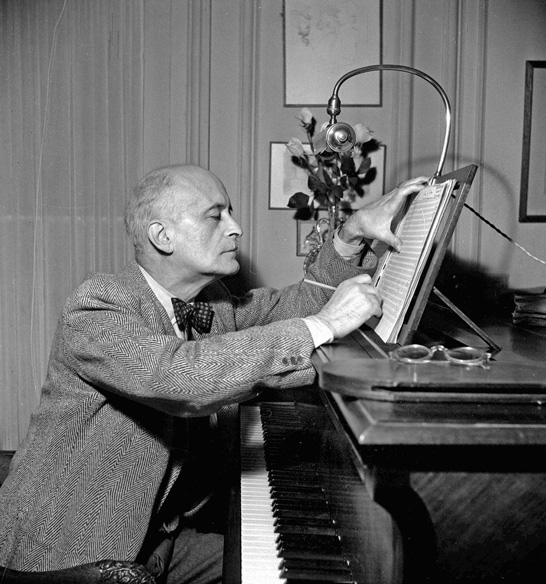 Jacques Ibert - A stature that's increased over the years.

Jacques Ibert – A stature that’s increased over the years.

Covering some familiar territory tonight. Familiar composer, but a less familiar work. Jacques Ibert has enjoyed a popularity undiminished with time. Versatile and well regarded during his lifetime, his popularity has only increased since his death 50 years ago.

Ibert pursued a successful composing career, writing (sometimes in collaboration with other composers) seven operas, five ballets, incidental music for plays and films, works for piano solo, choral works, and chamber music. He is probably best remembered for his orchestral works including Divertissement (1930) and Escales (1922).

As a composer, Ibert did not attach himself to any of the prevalent genres of music of his time, and has been described as an eclectic. This is seen even in his best-known pieces: Divertissement, for small orchestra is lighthearted, even frivolous, and Escales (1922) is a ripely romantic work for large orchestra.

In tandem with his creative work, Ibert was the director of the Académie de France at the Villa Medici in Rome. During World War II he was proscribed by the pro-Nazi government in Paris, and for a time he went into exile in Switzerland. Restored to his former eminence in French musical life after the war, his final musical appointment was in charge of the Paris Opera and the Opéra-Comique.

Ibert refused to ally himself to any particular musical fashion or school, maintaining that “all systems are valid”, a position that has caused many commentators to categorise him as “eclectic”. His biographer, Alexandra Laederich, writes, “His music can be festive and gay … lyrical and inspired, or descriptive and evocative … often tinged with gentle humour … all the elements of his musical language bar that of harmony relate closely to the Classical tradition.” The early orchestral works, such as Escales, are in “a lush Impressionist style”, but Ibert is at least as well known for lighthearted, even frivolous, pieces, among which are the Divertissement for small orchestra and the Flute Concerto.

A prolific composer, not all his works have been presented either on a regular or sporadic basis. This weekend it’s one of those lesser performed works. His Capriccio for Chamber Ensemble features the Ensemble of The Paris Conservatory conducted by Louis Martin in this broadcast concert from French Radio circa 1954.