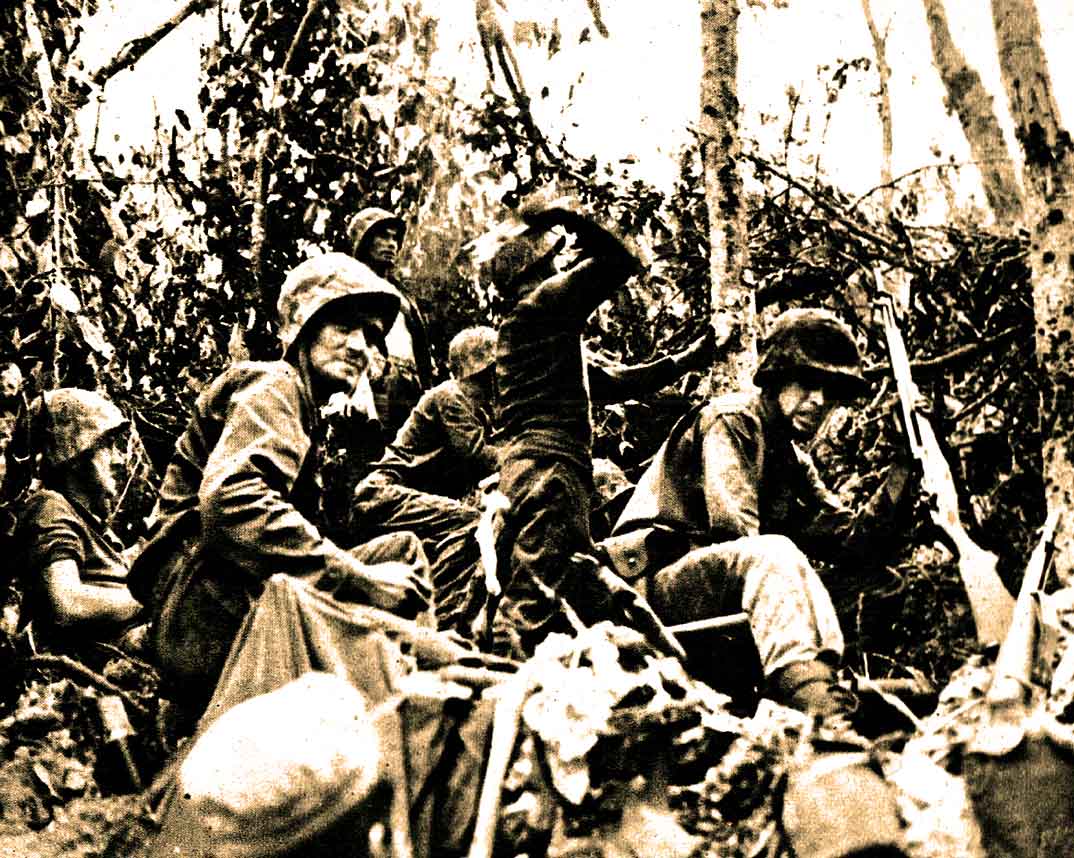 On this day, MacArthur made good on his promise.

On this day, MacArthur made good on his promise to the people of The Philippines.

On this day in 1944, a promise made by General MacArthur as he was leaving the besieged islands of The Philippines that he would return, became fact.

On October 20, 1944 an allied invasion force reported to be an entire army stormed ashore, effectively cutting the island in two. Reports were sketchy and subject to censorship, and the complete story wouldn’t be known for many weeks. But even Japanese Radio was reporting the Philippines were being invaded.

The U.S. Navy landed four Sixth Army divisions ashore on Leyte on October 20, 1944. Japanese aerial counter-attacks damage USS Sangamon and a few other ships, but do not hinder the landings. Later in the day, General Douglas A. MacArthur gave his “I have returned” radio message to the Philippine people. Previously, he departed the Philippines by PT Boats in March 1942. To the Japanese, if Leyte was to be lost, the rest of the Philippines would soon follow, so they prepared to send five strong naval forces to drive off the American fleet and add more troops for the land fighting. In the following days, this response would lead to World War II’s biggest and most complex sea fight, the multi-pronged Battle of Leyte Gulf.

Meanwhile, the war in Europe was continuing at breakneck speed with Canadian troops reported to have launched a new attack near Antwerp and Russian forces were driving on to East Prussia.

Back home – the Hurricane which promised to wreak havoc on the Caribbean and Cuba didn’t spin out to sea as originally predicted, but was instead poised to land somewhere near Columbia, South Carolina. Hurricane prediction was practically non-existent around this time. The results were usually devastating.

But the news of the day was word on the Philippines invasion. At the time of this broadcast (8 in the morning), everyone was hanging on any word from Invasion headquarters or the White House.

And that’s pretty much what went on this October 20th in 1944, 70 years ago today as reported on NBC’s News Of The World.