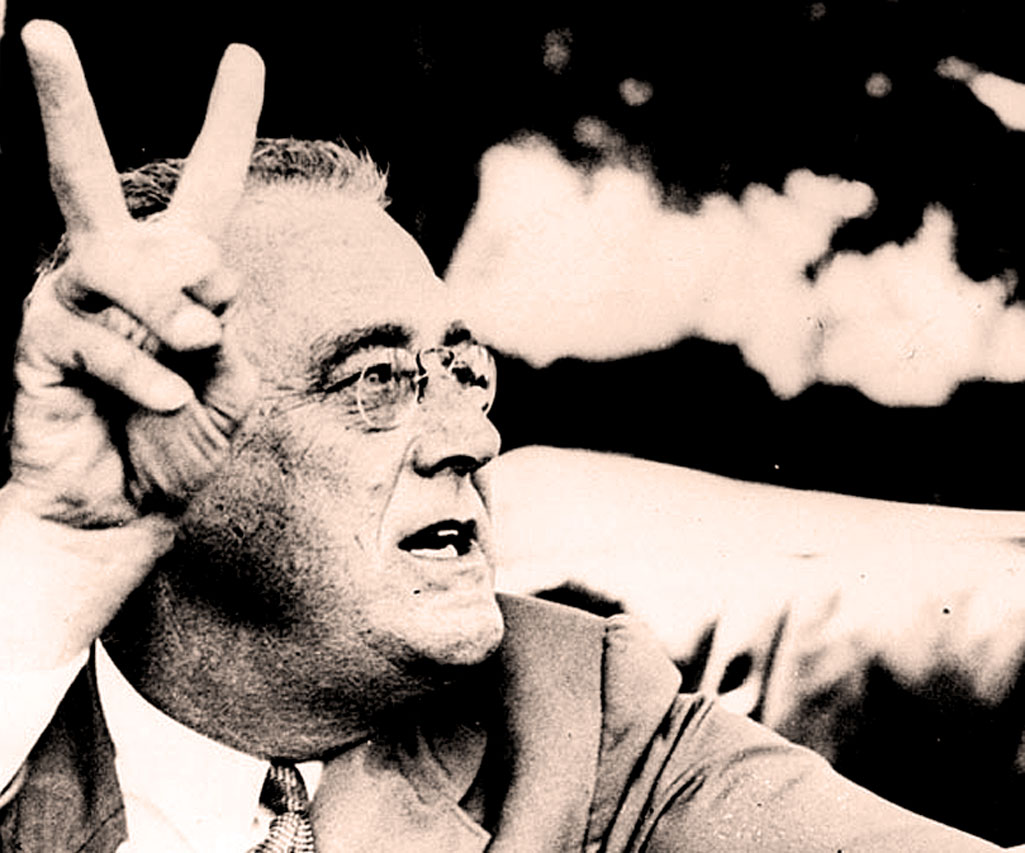 Taxes and Social Security - "The seeds of fear cannot bear fruit in the poling booth".

Taxes and Social Security – “The seeds of fear cannot bear fruit in the polling booth”.

With all the talk about Taxes and Social Security and all the fear being bandied about in recent years, here are a few words on that subject, delivered by President Roosevelt during a campaign stop in Worcester, Massachusetts on October 21, 1936, 79 years ago.

President Roosevelt: “I want to say a word to you average investors and stockholders who are being flooded by propaganda about this tax—propaganda, incidentally, paid for by your money. It is being disseminated by those who have used corporations in the past to build up their own economic power, who seek, by holding back your dividends, to keep down their taxes.

It is a fact that 98.5 percent of all American corporations will pay a smaller normal corporation tax under the new law.

It is a fact that the law permits corporations to expand and build up adequate reserves.

But for the first time it gives the stockholder a practical chance to determine for himself whether to keep his earnings in the corporation for expansion purposes or to take them out. He is now the one—not the board of directors—to choose between using his dividends for something else and reinvesting them in the stock of the corporation.

What we are concerned with primarily is principle, and the principle of this law is sound. If in its application imperfections are discovered, they must be corrected for the good of American business.

I am certain that the average of our citizenship is not taken in by the amazing amount of other tax misinformation which has been turned loose in this political campaign.

People tell you there are fifty-eight taxes on a loaf of bread, or sixty-three taxes on a lady’s coat. But stop, look and listen. You will find what the propagandists do not tell you: only two or three of all of them are Federal taxes imposed by the national Government. All the rest are imposed by local, town, county, city, district and State Governments. Two-thirds of all the taxes paid in America are State and local taxes, not Federal taxes.

This Administration has had something to do with these local taxes. It has made them easier to bear. At the request of local and State Governments for whom the local burden had become too heavy, we in Washington assumed the cost of paying in greater part for work for the needy unemployed. And, by a national fiscal policy aimed at reducing interest rates throughout the Nation we have greatly lightened the burden of carrying local government debts, helping those of you who own homes and farms or who pay rent.

I want to say a word also to the wage earners who are finding propaganda about the security tax in their pay envelopes. I want to remind them that the new social security law was designed for them, for the greater safety of their homes and their families. The fund necessary to provide that security is not collected solely from workers. The employer, too, pays an equal share. And both shares—yours and the employer’s—are being held for the sole benefit of the worker himself.

I have spoken in Chicago and elsewhere of the simple fact that the overwhelming majority of business men are like the rest of us. Most of us whether we earn wages, run farms or run businesses are in one sense business men. All they seek and all we seek is fair play based on the greater good of the greater number—fair play on the part of the Government in levying taxes on us and fair play on the part of Government in protecting us against abuses.

Once more this year we must choose between democracy in taxation and special privilege in taxation. Are you willing to turn the control of the Nation’s taxes back to special privilege? I know the American answer to that question. Your pay envelope may be loaded with suggestions of fear, and your dividend letter may be filled with propaganda. But the American people will be neither bluffed nor bludgeoned.

The seeds of fear cannot bear fruit in the polling booth.

Just so you know what was going on, this day in 1936 – the fears were the same – and the problems were the same. Here is that complete address, as given to a crowd in Worcester, this October 21st in 1936.