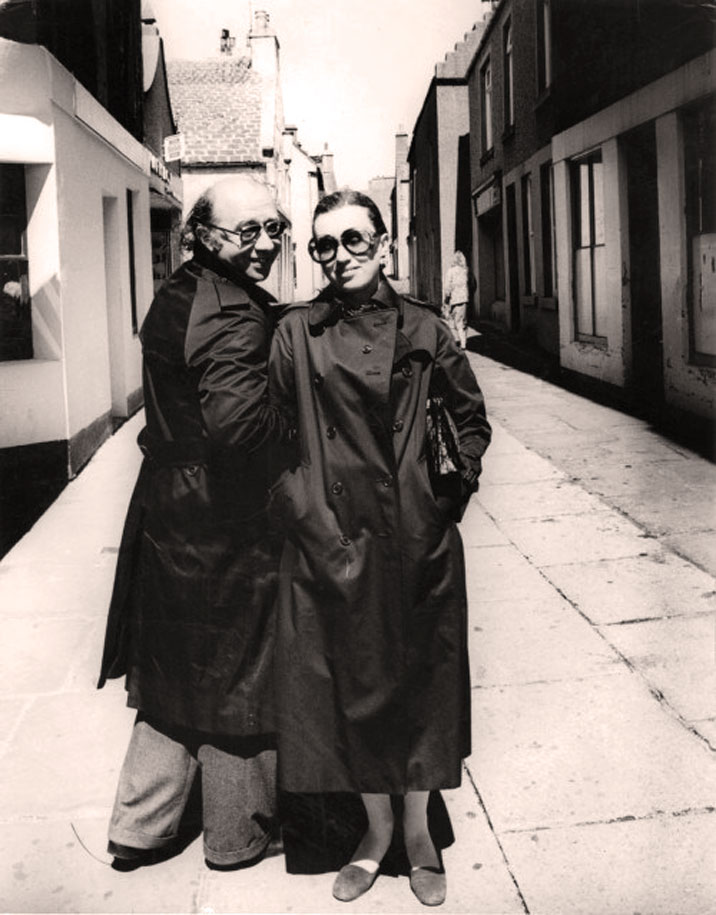 One of the great Husband-Wife teams on the concert stage.

Viktoria Postnikova And Gennady Rozhdestvensky – One of the great Husband-Wife teams on the concert stage.

Over to Prague from 1979 this week for a concert by the BBC Symphony, conducted by Gennady Rozhdestvensky and featuring Viktoria Postnikova, piano. The concert was recorded during the legendary Prague Spring Festival and features works by Prokofiev, Janacek, Britten and Elgar.

3. Britten: Diversions on a Theme for Piano and Orchestra (featuring Viktoria Postnikova)

No announcements at all, so check back to this page to see what’s next after each round of applause.

Her repertoire is extremely broad, covering works by composers such as Bach, Handel, Scarlatti, Haydn, Mozart, Liszt, Chopin, Mendelssohn, Schumann, Brahms and Rachmaninoff and from more contemporary periods music by Busoni, Ives, Britten, Shostakovich and Schnittke. One of her greatest accomplishments is her recording of Tchaikovsky’s complete piano works.

She takes part in concerts, recordings and recitals at home and abroad with her conductor husband Gennady Rozhdestvensky, whom she married in 1969. He died in June 2018. Their son, Sasha Rozhdestvensky, is a violinist.

Postnikova is also an accomplished chamber musician, having given recitals in the CIS and France with Yehudi Menuhin featuring the complete Brahms violin and piano sonatas along with sonatas by Mozart, Beethoven and Bartók.

Gennady Rozhdestvensky was considered a versatile conductor and a highly cultured musician with a supple stick technique. In moulding his interpretations, he gave a clear idea of the structural outlines and emotional content of a piece, combined with a performing style which melded logic, intuition and spontaneity. In the Soviet Union, he recorded extensively with the big three major contemporary soloists David Oistrakh (violin), Sviatoslav Richter (piano) and Mstislav Rostropovich (cello).

Rozhdestvensky is featured in the documentary Notes interdites: scènes de la vie musicale en Russie Soviétique (English title: “The Red Baton”), which examines the hardships faced by musicians in the Soviet Union under Stalinism. In it, he describes the political situation and its impact on his life, as well as those of Shostakovich, Prokofiev, Stravinsky, Richter and other colleagues. The role of Tikhon Khrennikov, Secretary of the Union of Soviet Composers, is discussed extensively.

On a lighter note, the documentary features Rozhdestvensky discussing the art of conducting, and includes footage of masterclasses, rehearsals with students from the Moscow Conservatory and Zürich’s Tonhalle orchestra, as well as snippets of Rozhdestvensky conducting Shostakovich’s 7th Symphony, Tchaikovsky’s Romeo and Juliet, and Alfred Schnittke’s Dead Souls.

Relax, take your mind off just about everything and enjoy.