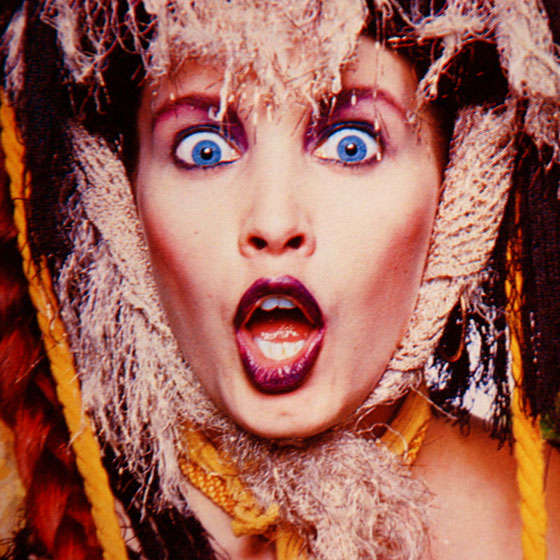 A 70’s triple bill this week, via BBC Radio 1‘s In Concert series from January 13, 1979. Lene Lovich, Wreckless Eric and Rachel Sweet share the bill in one of the more decade-defining concerts of the late 70’s, with a heavy dose of Retro, Punk and Theatrical – just like the decade.

Lene Lovich first gained attention in 1979 with the release of her hit single “Lucky Number”, which peaked at number 3 on the UK Singles Chart and made her a leading figure of the new wave music scene.

Born in Detroit, Michigan, Lovich moved to England at the age of 13, where she met guitarist and songwriter Les Chappell, who later became her long-time music collaborator and life partner. She developed an interest in art and theater, enrolling at the Central School of Art and Design where she took saxophone lessons. In 1975, she joined the band the Diversions and shortly afterwards wrote the lyrics to Cerrone’s single “Supernature”. After the band broke up, Lovich started looking for another band that would let her join and contacted the radio presenter Charlie Gillett, who got her to record a demo of Tommy James and the Shondells’ song “I Think We’re Alone Now” and played it to Dave Robinson of Stiff Records, who decided to sign Lovich. The song was released as a single and appeared on her debut studio album Stateless (1978), which produced the single “Lucky Number”.

She released two more albums, Flex (1979) and No Man’s Land (1982), on Stiff Records. In 1989, she independently released the album March, before her 15-year hiatus. She focused more on her family but came back in 2005 with the release of her album Shadows and Dust.

Wreckless Eric, is best known for his 1977 single “Whole Wide World” on Stiff Records. More than two decades after its release, the song was included in Mojo magazine’s list of the best punk rock singles of all time. It was also acclaimed as one of the “top 40 singles of the alternative era 1975–2000”.

Rachel Sweet signed to Stiff Records and released her first album, Fool Around, in 1978, dropping out of high school to concentrate on her career, although she was still required to devote time to her studies. Sweet was backed by The Records on the Stiff Records tour in 1978. The album was a critical success, but sales were poor, although she did have some success with the single “B-A-B-Y” (a cover of the 1966 Carla Thomas song), which was a top-40 hit in the UK. The record label generated some controversy by pushing a Lolita-like image for her. Her follow-up album, Protect the Innocent, produced by Martin Rushent and Alan Winstanley, largely was ignored by the public and the music media, although it was popular with her fans as well as a much anticipated 1980 North American tour with her band The Toys. She then signed to Columbia Records in 1981, releasing … And Then He Kissed Me, which launched the hit “Everlasting Love”, a duet with Rex Smith.

If you remember them, I don’t need to remind you. If you don’t remember any of them – well . . . .this concert might give you an idea of what you might have missed.